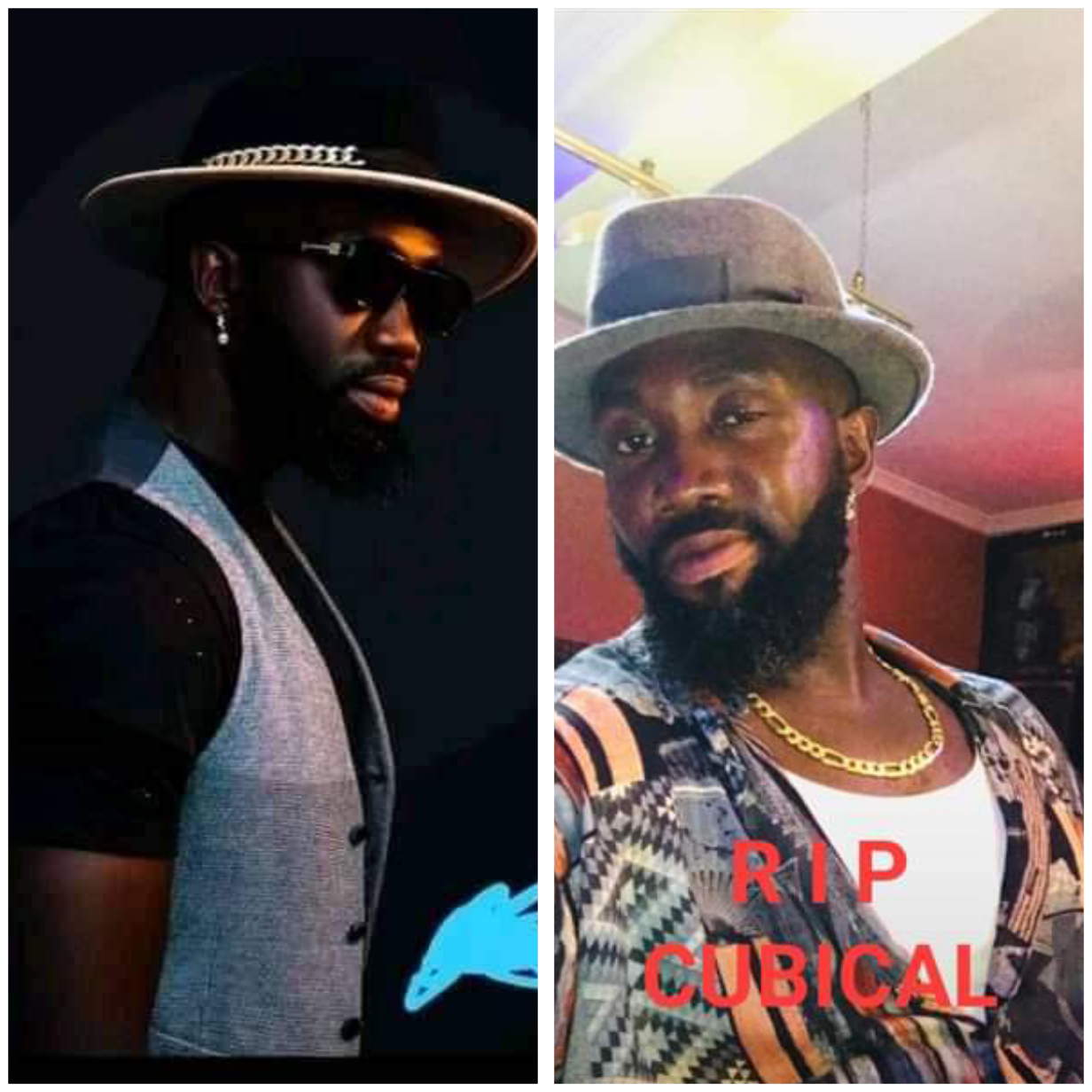 A young man identified simply as Cubic has been shot dead by some group of people suspected to be cultists in Awka, the Anambra State capital. Details on the incident are still sketchy, however, it was gathered that the man was killed on Saturday night, May 1, 2021. Meanwhile, friends and colleagues have taken to Facebook to mourn the deceased, with many calling for a solution to the incessant cult killings in the state capital.  One Francis Nonso: "My hands keep shaking as i type RIP to you. Awka has done the worst ever. Farewell Senior man. Farewell Fashion lord. Farewell Cubic""Rest in peace master cubic , Rip sure guy , Rip fashion master. God is about to fight for you.I saw some group of people raising to avenge for you . I saw where Awka is on fire more than the way it was . May God mercy and save the innocent one . Chaii Awka why ? . When he has nothing una no kill am ooo . Now he has travel and come back and started building house una come kill am . Enviness every where . Rest in peace my brother"  Chukwunenye Nweke: The current killings in Awka were instigated by the youths and not by Ndi Ozo or Ezeuzu thus, youths should be obliged in ending the crisis. If the bad elements among the youths could pollute the mindset of others into killing of other youths , those youths in Awka who think they are refined and have good consent for Awka society should also be obliged to sensitize every youth on the need to shun crime and criminality. "All youths in Awka must agree to fight crime and stop taking sides when a criminal allegation is handing on the throats of their friends and other beloved ones. They should make their proposals and send same to Ndi Ozo Awka, EzeUzu Awka ,state government and other stakeholders on how to curb the insecurity bedeviling Awka Kingdom than rushing to Facebook to post every single story and blaming Awka institutions over the monsters created by some bad elements among the Awka Youth" See more posts below.... 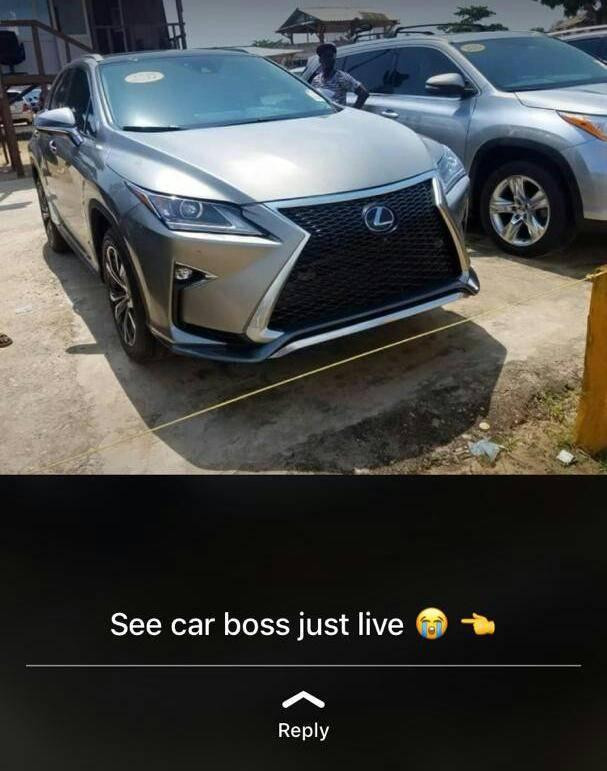 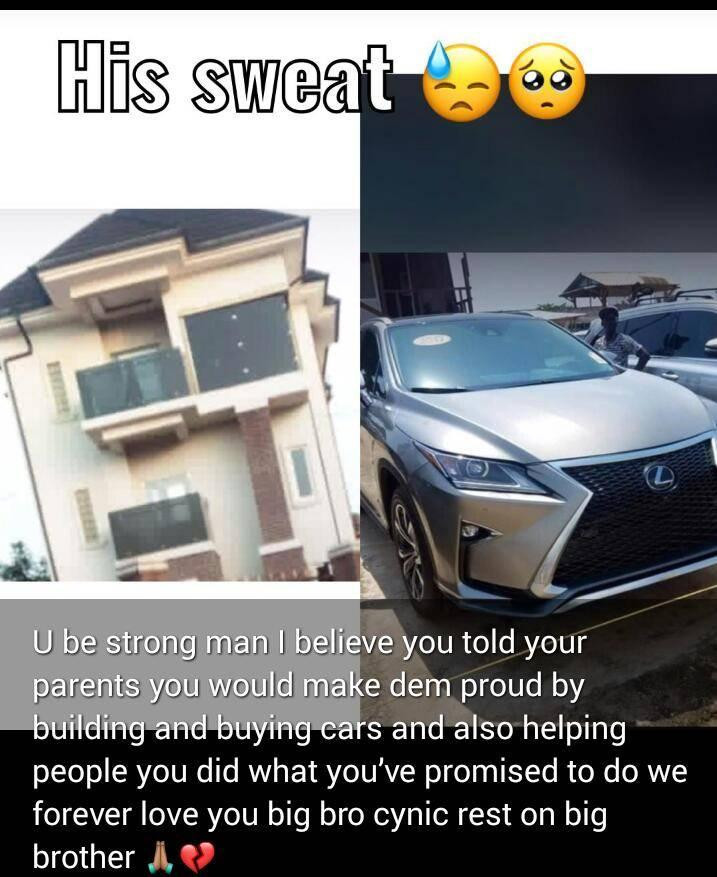 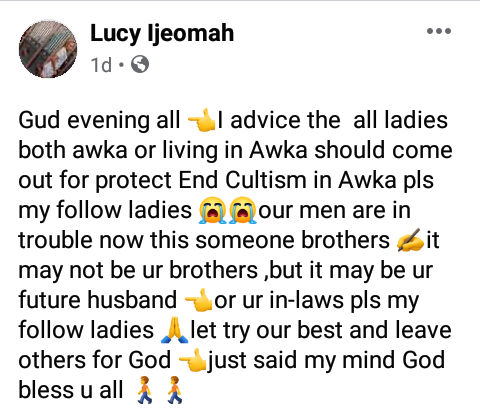 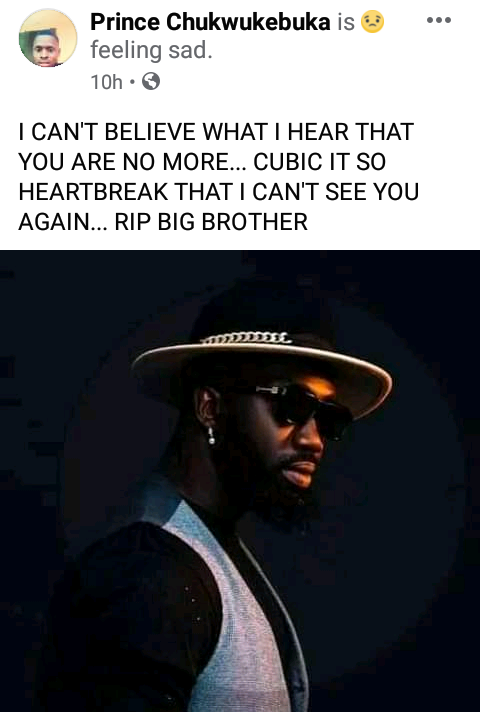 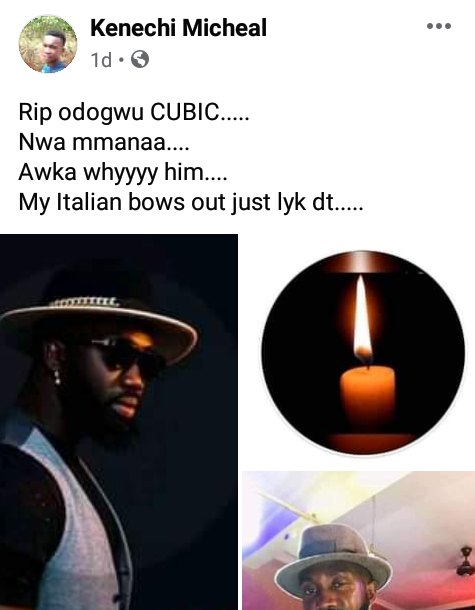 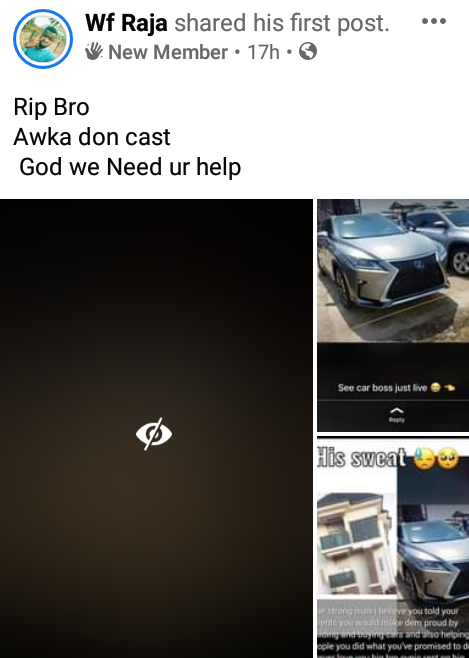 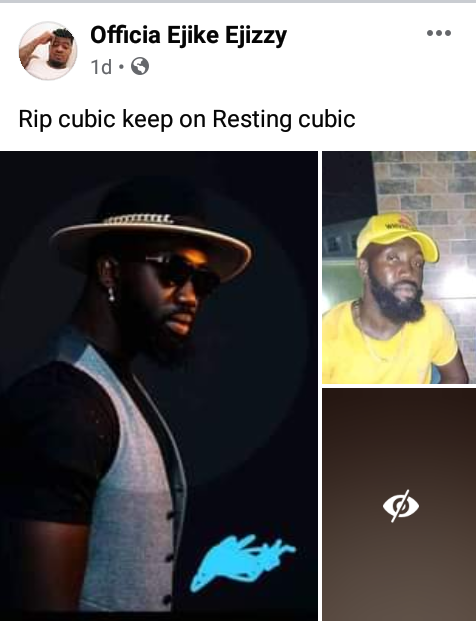 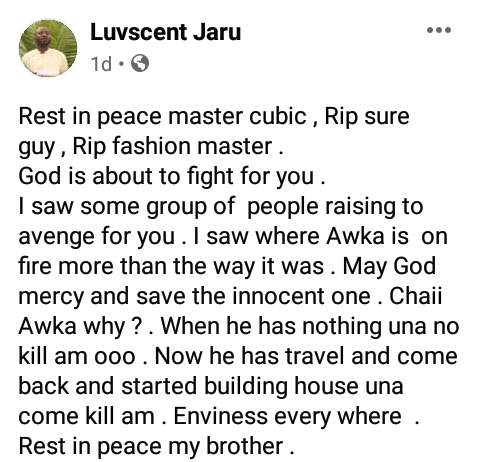 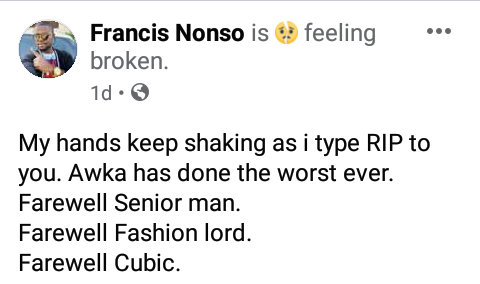 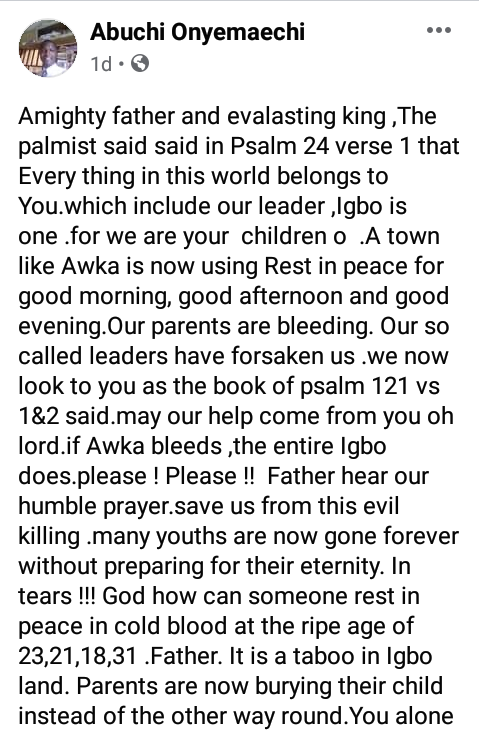 The post "Awka has done the worst ever" - Friends mourn as another young man is shot dead by suspected cultists in Anambra appeared first on Linda Ikeji Blog.