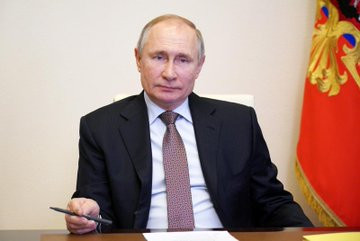 Russian President, Vladimir Putin has signed legislation formally granting him the right to stay in power until 2036.Putin’s second consecutive and fourth overall presidential term ends in 2024, the year when Russia’s previous Constitution would have required him to step down. But an overhauled Constitution that Russians approved in a nationwide vote last year allows Putin to run for two more six-year presidential terms.If elected both times, he would remain president until 2036, surpassing Josef Stalin as the longest-serving leader of Russia since Peter the Great. 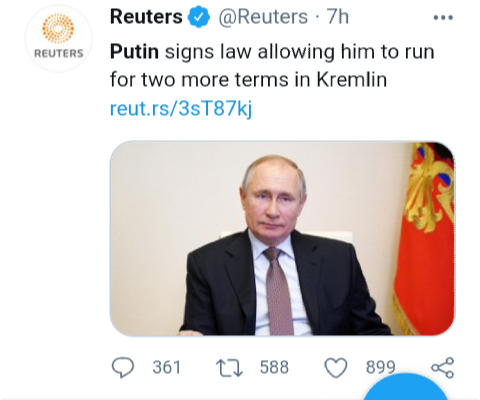 The law which was signed on Monday April 5 by the 68-year-old leader, resets his number of terms served, allowing him to extend his 20-year rule until he turns 83.Former President Dmitry Medvedev, who served in 2008-2012 when Putin was constitutionally mandated to step down after his first two consecutive terms, is also granted the right to run two more times.Putin has previously said he hasn’t yet decided whether to run for president again, saying 2024 is still far off. The post Vladimir Putin signs legislation that formally grants him the right to stay in power until 2036 appeared first on Linda Ikeji Blog.