Ubi Franklin reacts to the online fight between his babymama, Sandra Iheuwa and his alleged girlfriend, Renee; Sandra hits back with receipts 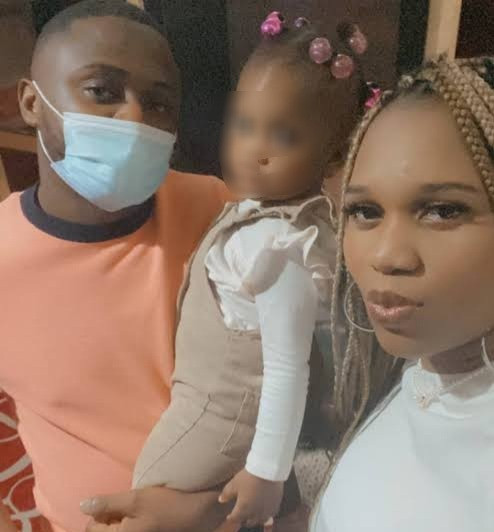 Ubi Franklin has made some thinly-veiled accusations against his child's mother, Sandra Iheuwa, following her Instagram spat with his alleged girlfriend. Recall that during Sandra's fight with Ubi's alleged girlfriend, Renee, Sandra had shared screenshots showing Ubi Franklin still tries to call her. She then asked Renee if this is the "prick" she's fighting a fellow woman that did nothing to her for (read here). She added that she has told Ubi not to call her again but he won't listen. 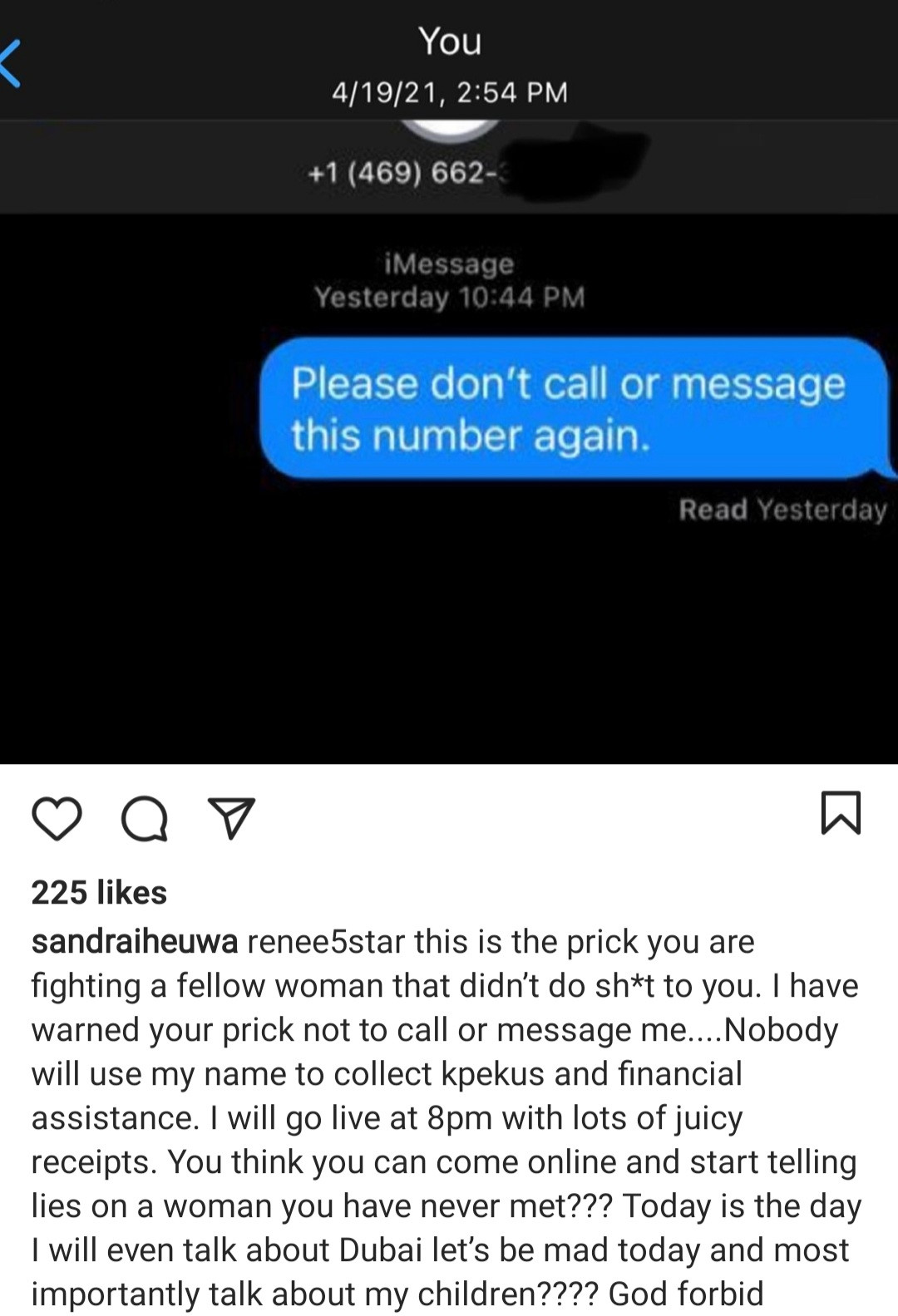 Well, responding,  Ubi said he has every right to put a call across to his kids but he can only reach the kids through their mother and this is why he's been calling Sandra. He added that Sandra has been making it impossible for him to do that. He added: "I cannot basically reach a 2 year old without the assistance of her mum, and for months it has been impossible." As for his relationship with another woman, Ubi said he has a right to associate with whoever he wants and no one has the right to harrass his woman He wrote: "I have a right of association as a single person. Nobody has a right or have been given such leverage to harass anyone seen around me. "I will urge everyone to respect my relationship decisions..." 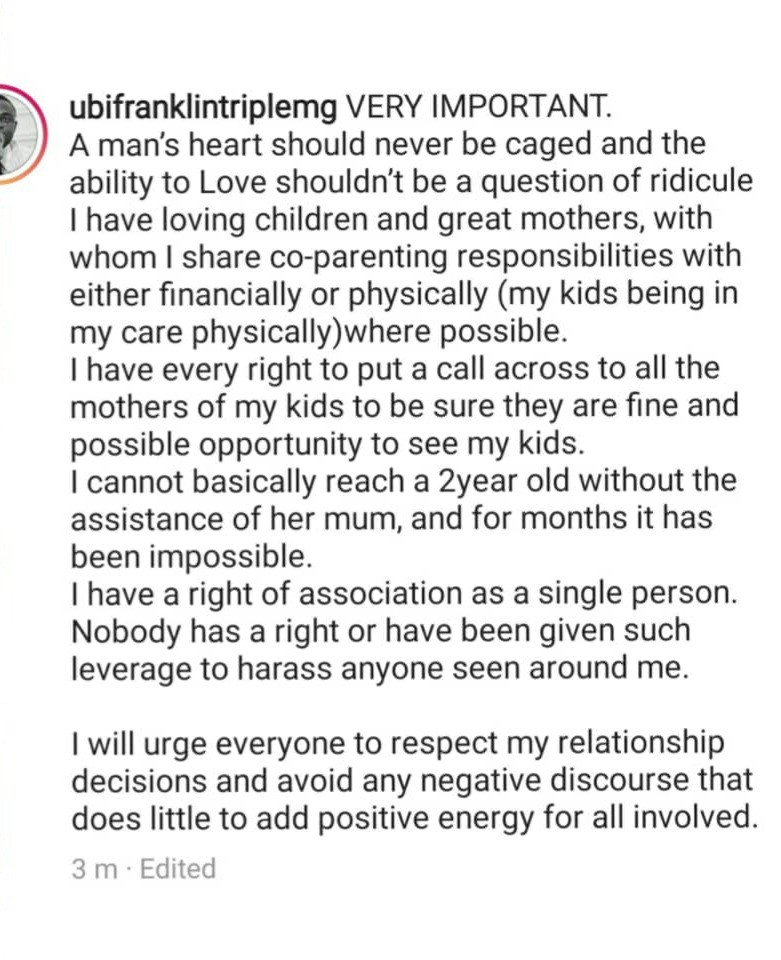 Hitting back at him, Sandra told him to tell the world what he did that made her close the line of communication to him since January.  "It's not like you do anything for Ariella (their daughter) anyways. " 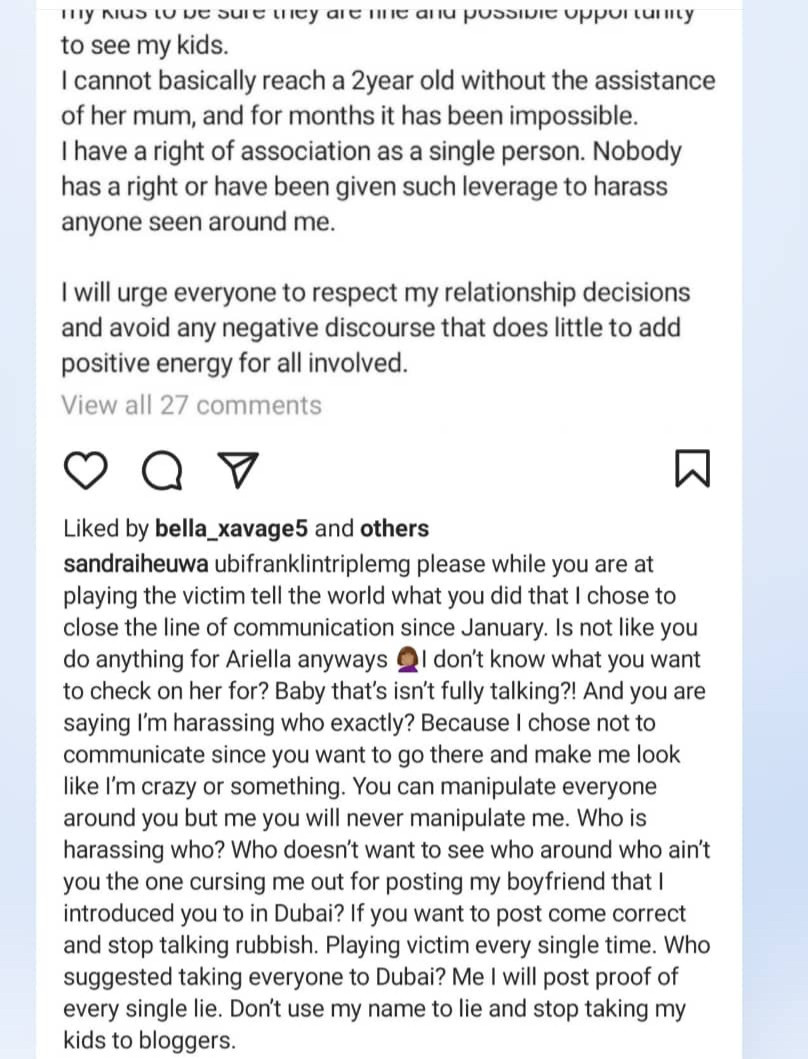 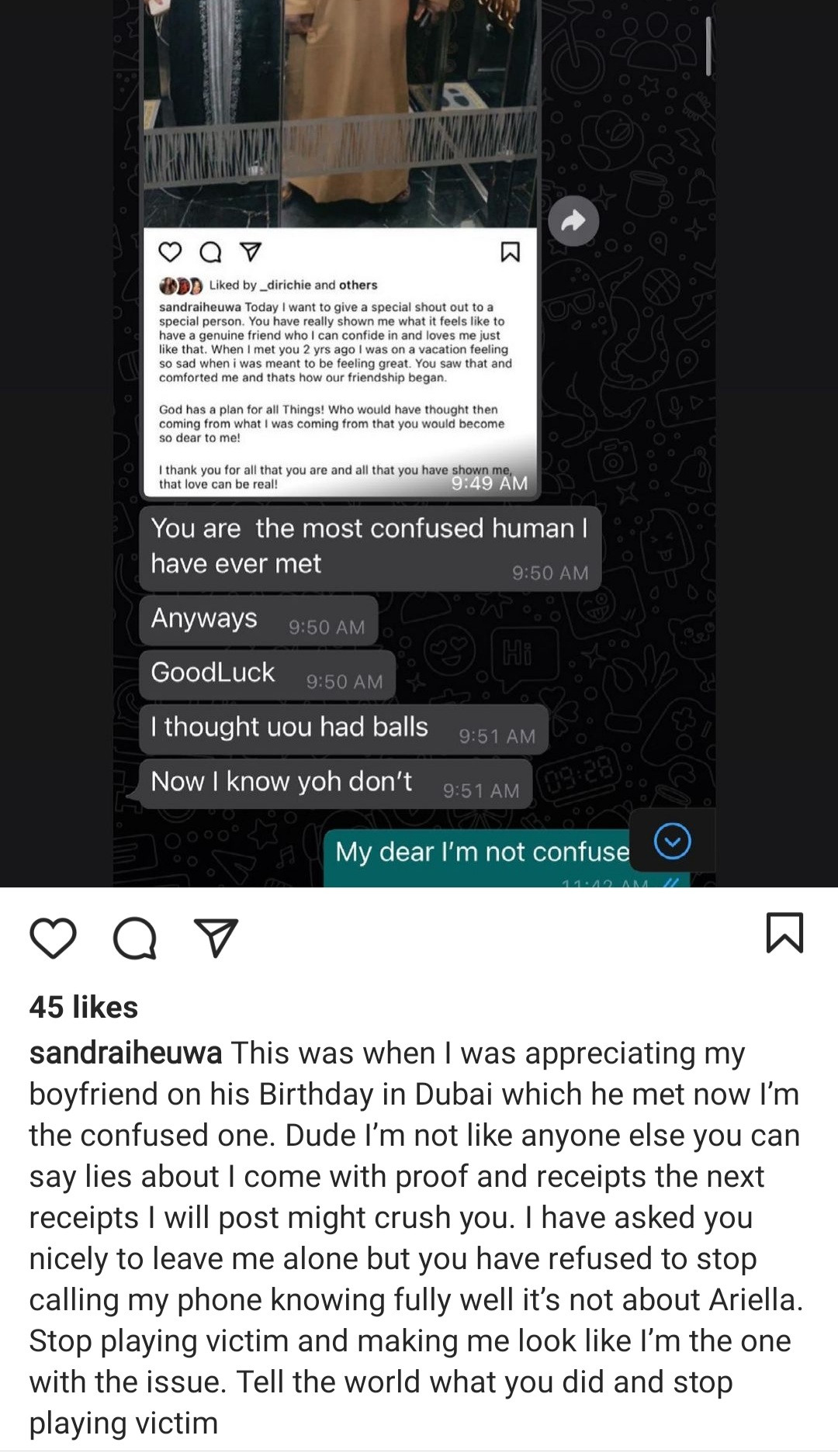 She also shared another message that's allegedly from Ubi, telling her "you can never love any man." She asked him if that's the kind of chat he wants to have with his daughter. She told him he should stop making it look like he's trying to reach their daughter when he's only bothered about the man in her life. 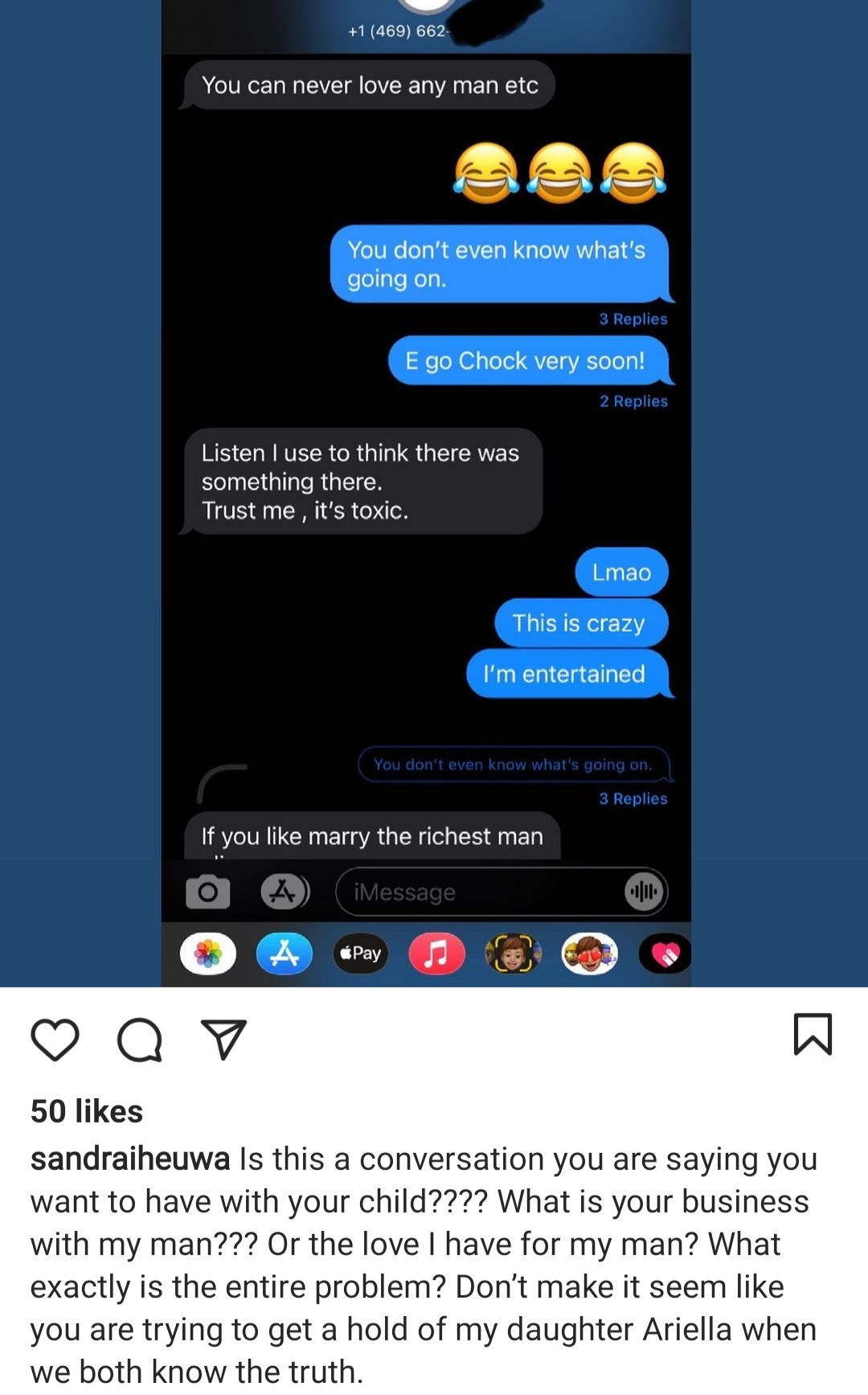 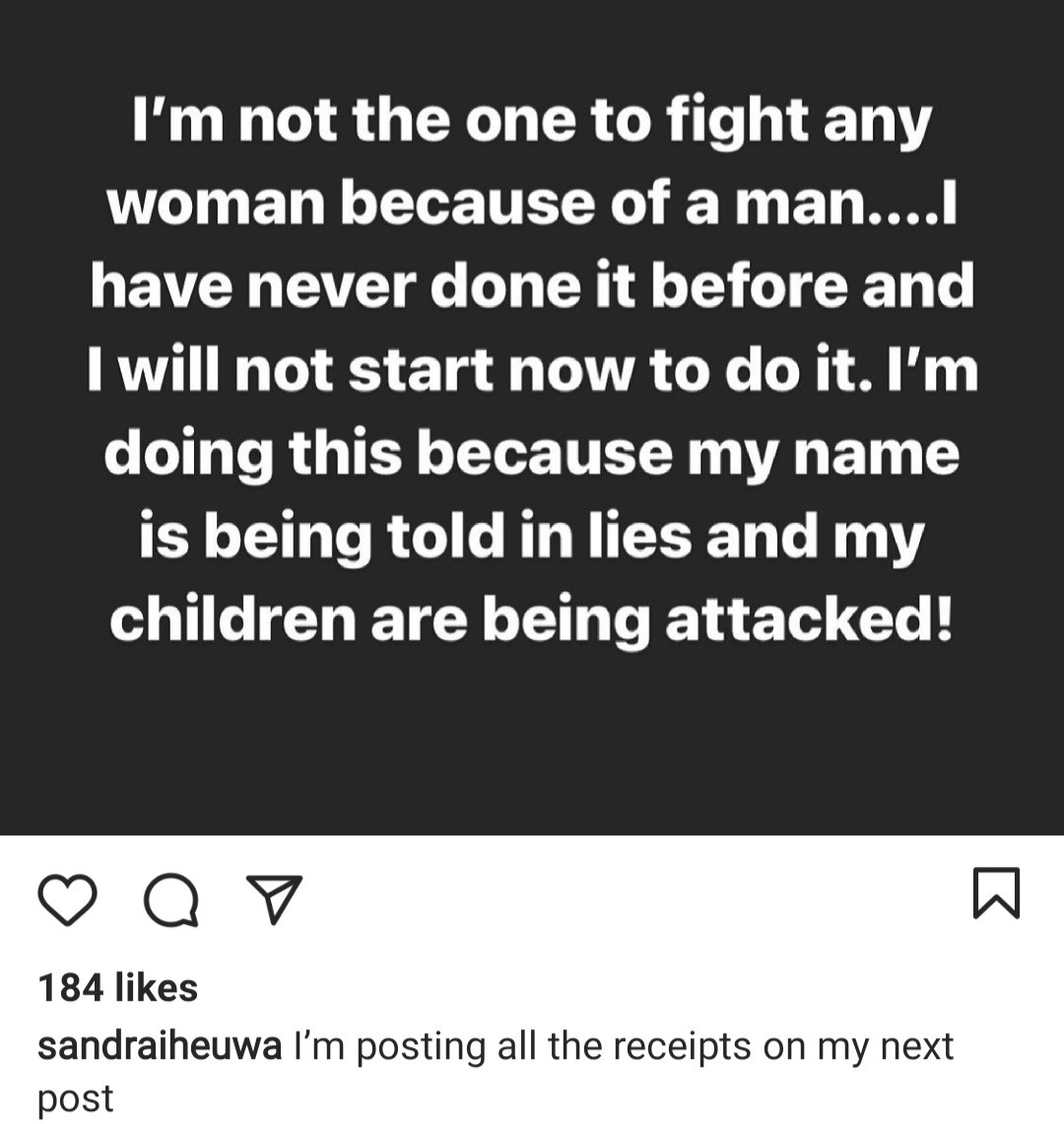 This fight comes just months after Ubi and Sandra spent time together with their daughter and Sandra's other kids in Dubai.  Sandra claims that after they returned from the Dubai trip, Ubi went to a blogger and told them bad things about her kids.  She shared screenshots of a chat allegedly between her and Ubi as proof. 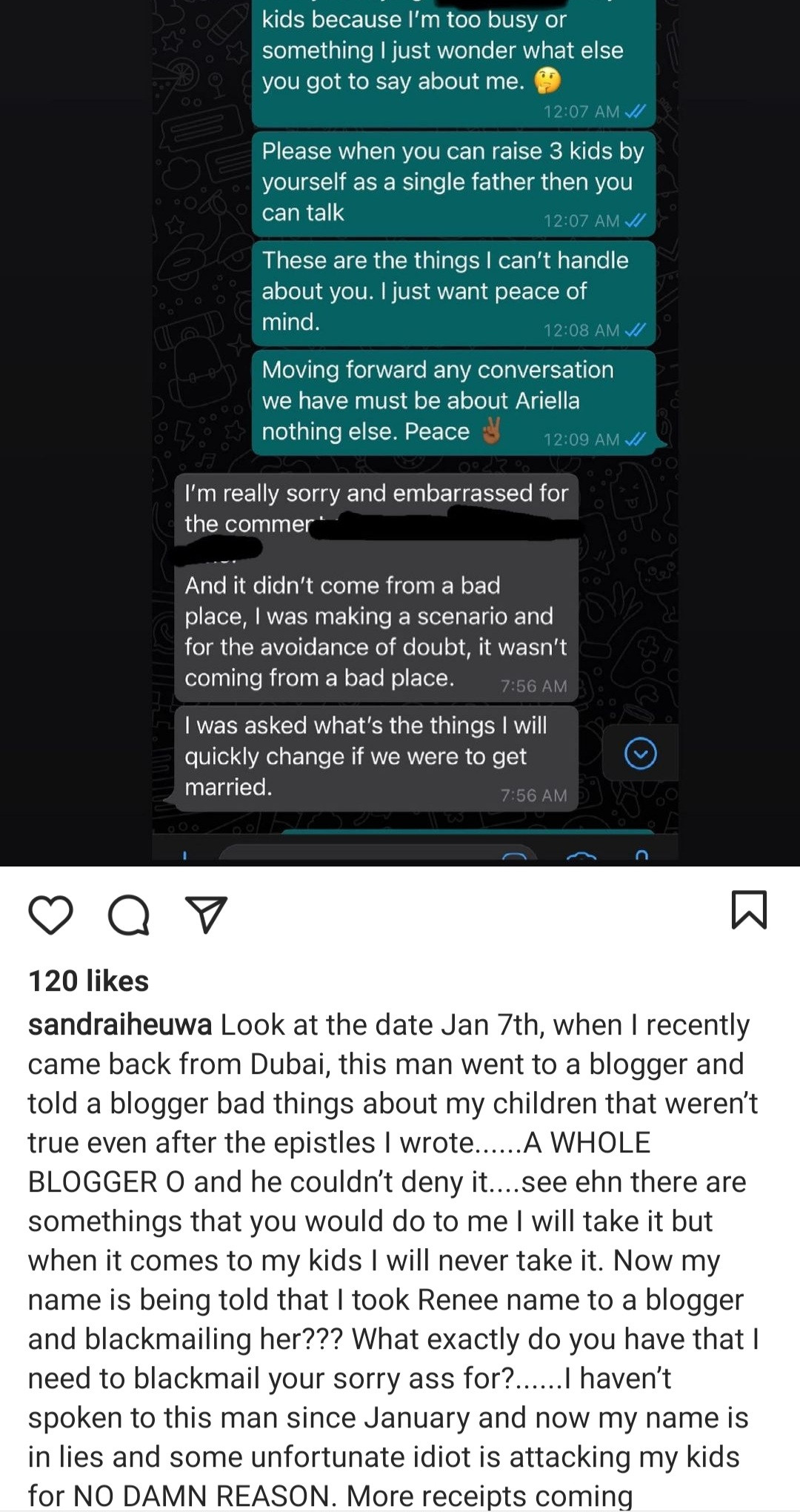 The post Ubi Franklin reacts to the online fight between his babymama, Sandra Iheuwa and his alleged girlfriend, Renee; Sandra hits back with receipts appeared first on Linda Ikeji Blog.