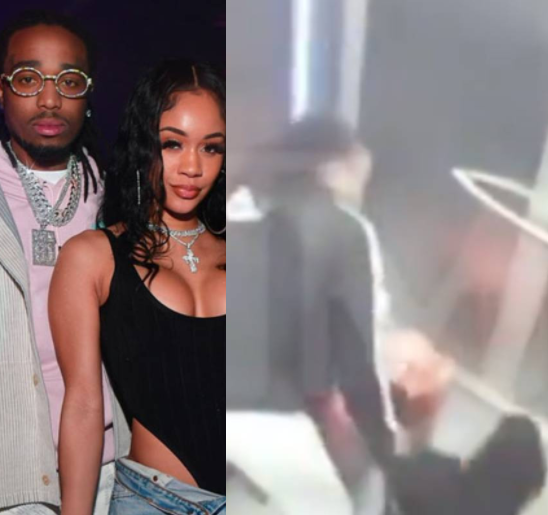 Quavo has spoken out for the first time since a video of an elevator altercation between him and his ex-girlfriend  Saweetie went viral. Speaking to TMZ, he said he has never physically abused his former girlfriend. The rapper told TMZ: "We had an unfortunate situation almost a year ago that we both learned and moved on from. I haven’t physically abused Saweetie and have real gratitude for what we did share overall." His response comes shortly after Saweetie spoke out for the first time about the incident. LAPD detectives want to meet with both Quavo and Saweetie to investigate the elevator fight.The post Quavo speaks on elevator altercation with ex girlfriend Saweetie appeared first on Linda Ikeji Blog.