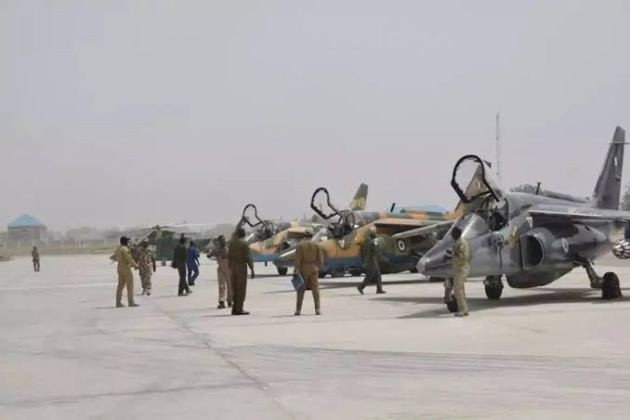 The Nigerian Air Force has declared one of its aircraft missing in action. A statement released on Wednesday night, March 31, by the Director of Public Relations of the Nigeria Air Force, Air Commodore Edward Gabkwet, states that the unspecified aircraft lost radar contact while on a mission in Northern Nigeria. ''A NAF aircraft on routine mission in support of own troops at one of the Theatres of Operation in the Northern part of Nigeria has lost radar contact. Efforts are currently ongoing to locate its whereabout. Details to follow.''his statement reads No additional information has been released on this. 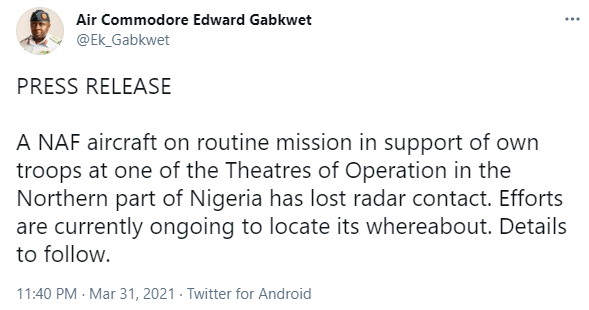