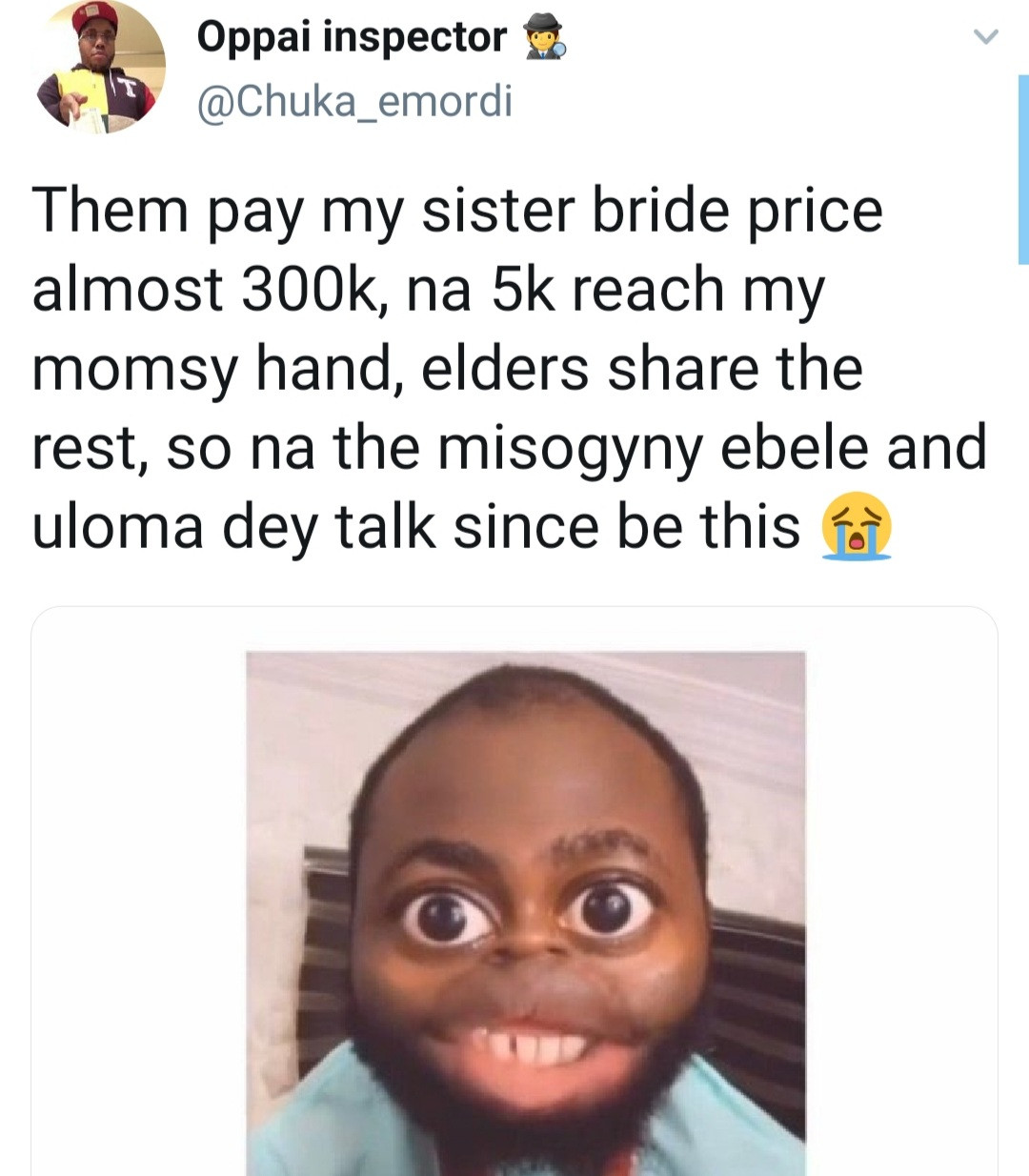 A man took to Twitter to say "we need to dismantle misogyny" after his sister's bride price didn't get to him. He said bride price of 300,000 Naira was paid and his mother was given only 5,000 Naira while elders he's never seen in his life took the rest. He said he'd have received a share from the bride price if his mum was given a reasonable amount. He asked if this is the misogyny feminists have always been talking about on Twitter,  then added his voice to say it needs to be dismantled.  Read his tweets below. 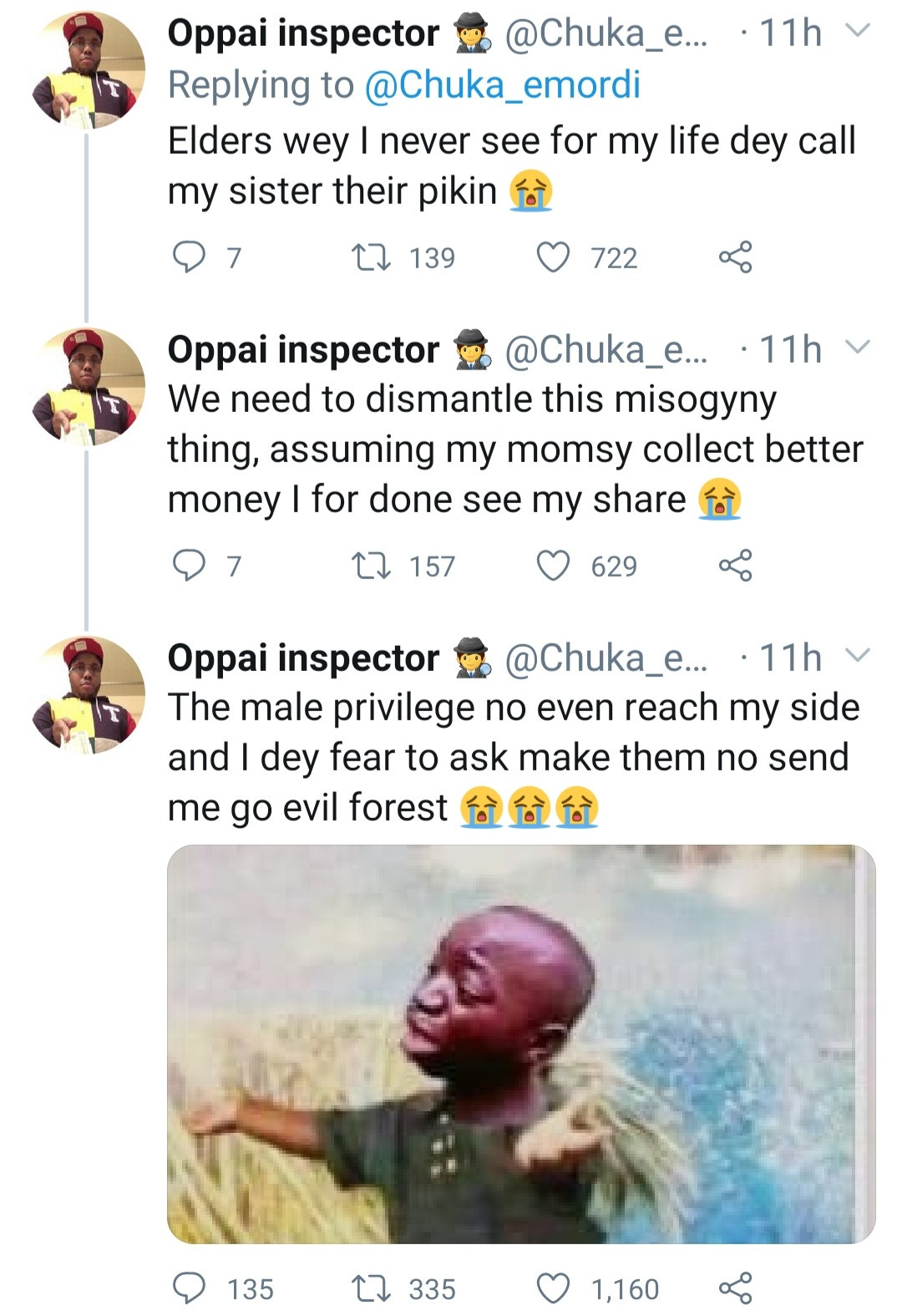 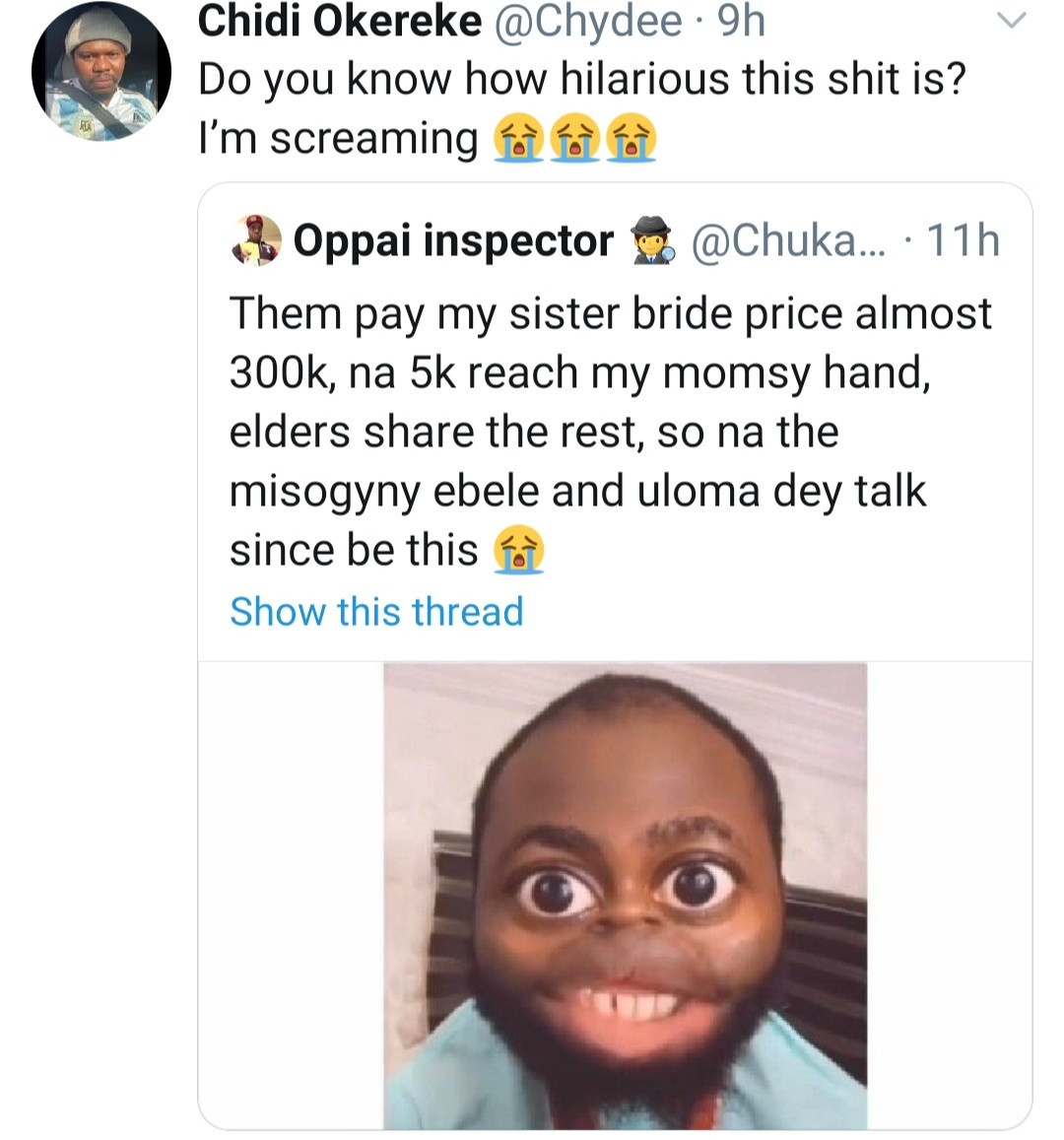 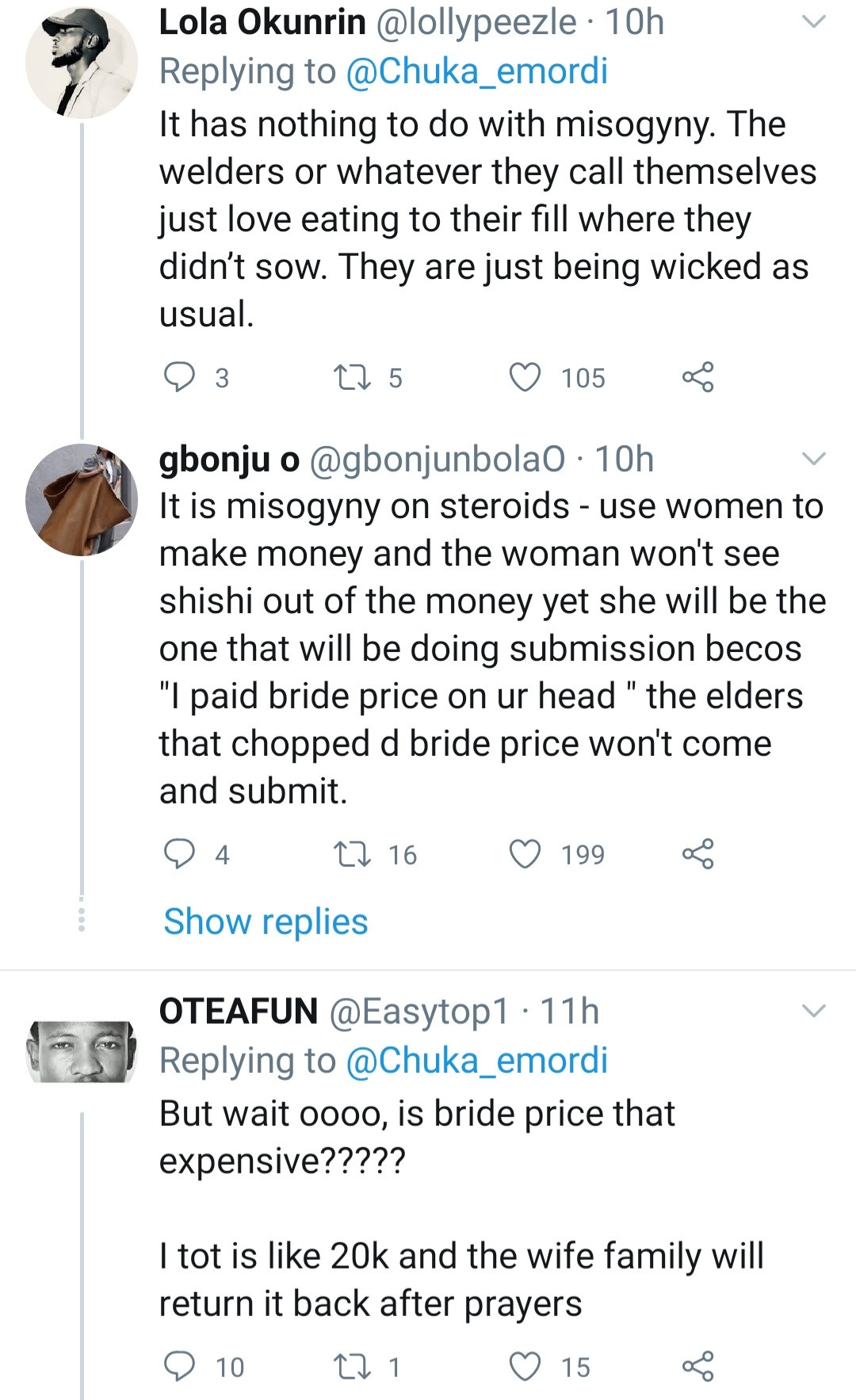 The post Man suddenly wants to "dismantle misogyny" after his sister's bride price didn't get to him appeared first on Linda Ikeji Blog.