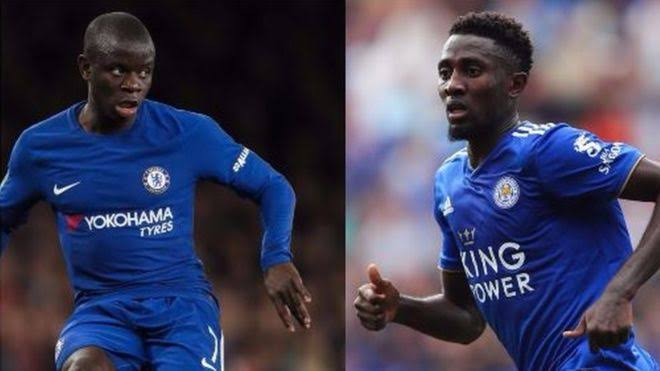 Leicester City star, Wilfred Ndidi has stated how the comparison with Chelsea midfielder N’Golo Kante ‘irritated’ him.Ndidi was bought to fill the void left by Kante at the King Power Stadium after the latter's switch to Chelsea in July 2016The super eagles midfielder has established himself as one of the best defensive midfielders in the Premier League and is now wanted by many clubs.Both players are renowned for their ball-winning skills and work rates but Ndidi says he finds such comparisons irrelevant."Yes it [comparison] used to irritate me but it's football and I completely understand the fans because they love to find something to talk about," Ndidi told BBC Sport Africa."Even before and then when I arrived at Leicester I heard it. I only wanted to be Wilfred Ndidi and not someone else."I focus on myself, I am always critical of myself, I do my best to improve as a footballer game by game and give my best for my club."The comparison with others, about who is better or if Kante and I play alike, is irrelevant to me. I think all that comparison was for those who love to talk and I didn't focus on it."You're comfortable when you are yourself and not listening or trying to be something you are not."Ndid’s has helped Leicester City rise to third in the Premier League table and they are also through to the FA Cup final where they will face Chelsea on May 15.Ndidi, 24, has three assists and a goal to his name in the Premier League .. He now says he is focused on the team’s success and not ‘personal glory’."I just love to give my best and when the media talk about it, that's good for the team," he continued."I am not someone chasing personal glory or getting distracted because of the praises or criticism, you'll get both in football anyway."My job is helping the team. Doing everything I can to get three points and victory for the club, which is very important."I'm grateful for the opportunity to be able to play in the Premier League and the chance to enjoy my game at a club like Leicester, where no player is more important than the team."I make a contribution like everyone else in the squad and if that helps us to achieve our collective effort, then I am happy to play my part."The post 'It used to irritate me' - Wilfred Ndidi speaks on emerging from Chelsea star N'golo Kante's shadow after joining Leicester appeared first on Linda Ikeji Blog.