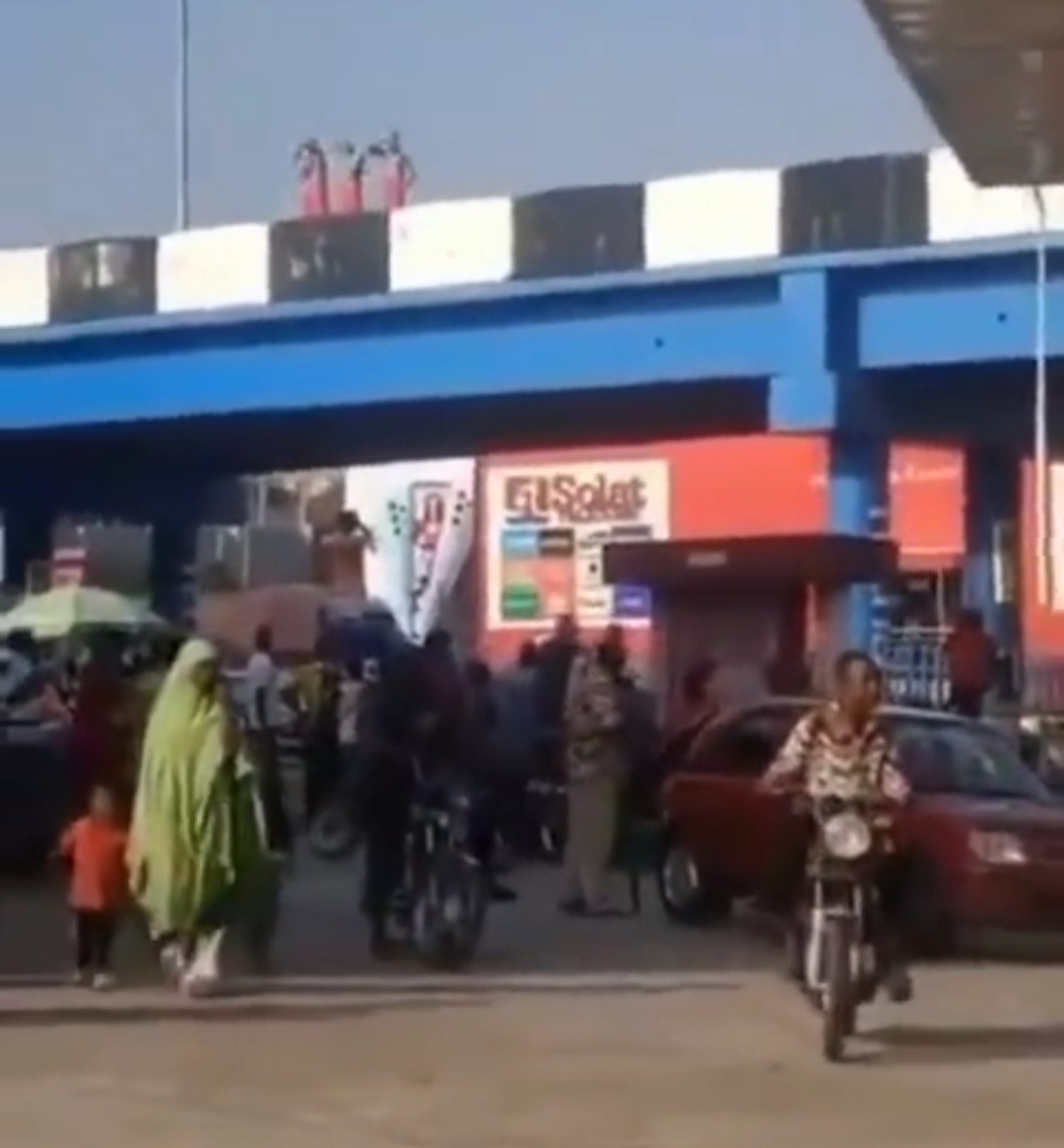 A video shared online shows the moment three people were seen bathing on a bridge in broad daylight. The people, believed to be men, were naked from the waist upwards. They tied red wrappers around their waist as they scrubbed their body with soap on a bridge in Ibadan. Spectators gathered below the bridge to watch the unusual scene. The man filming the scene is heard saying that the people came with "army" as escorts. Some have wondered how the men were so brazen as to do such in broad daylight and viewers are questioning if it's a skit. Watch the video below.       View this post on Instagram           A post shared by Lindaikejiblog (@lindaikejiblogofficial)The post Crowd gather to watch 3 people clad in only red wrapper bathing on a bridge in Ibadan (video) appeared first on Linda Ikeji Blog.