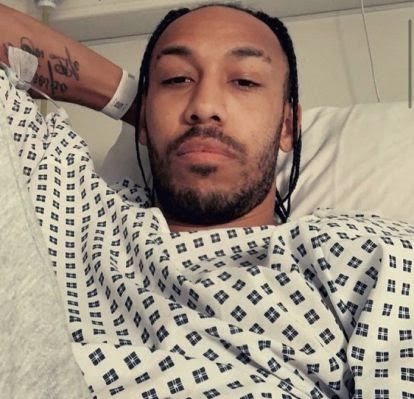 Arsenal striker, Pierre-Emerick Aubameyang has posted images on his social media pages to reveal that he has been suffering from Malaria since going on international duty with Gabon last month.Aubameyang missed the clash at the weekend between Arsenal and Sheffield with an illness, with many thinking it was COVID-19 but the striker has now revealed that it was in fact Malaria which has been affecting him.“I’m already feeling much better every day, thanks to the great doctors that detected and treated the virus so quickly,” Aubameyang said in a post on Instagram, alongside a photo of himself on a hospital bed.“I wasn’t really feeling myself the last couple weeks but will be back stronger than ever soon!” 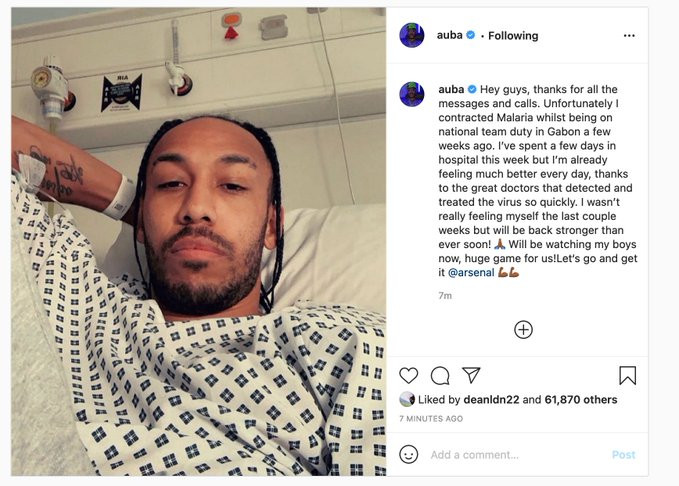 Since returning from international duty, he has played two games for Arsenal — against Liverpool in the Premier League on April 3 and against Slavia Prague in the Europa League last week. He missed the win over Sheffield United in the league on Sunday and wasn’t part of the squad taking on Slavia in the second leg of the quarterfinals on Thursday. The post Arsenal striker Pierre Aubameyang shares photo from hospital bed as he recovers from Malaria appeared first on Linda Ikeji Blog.