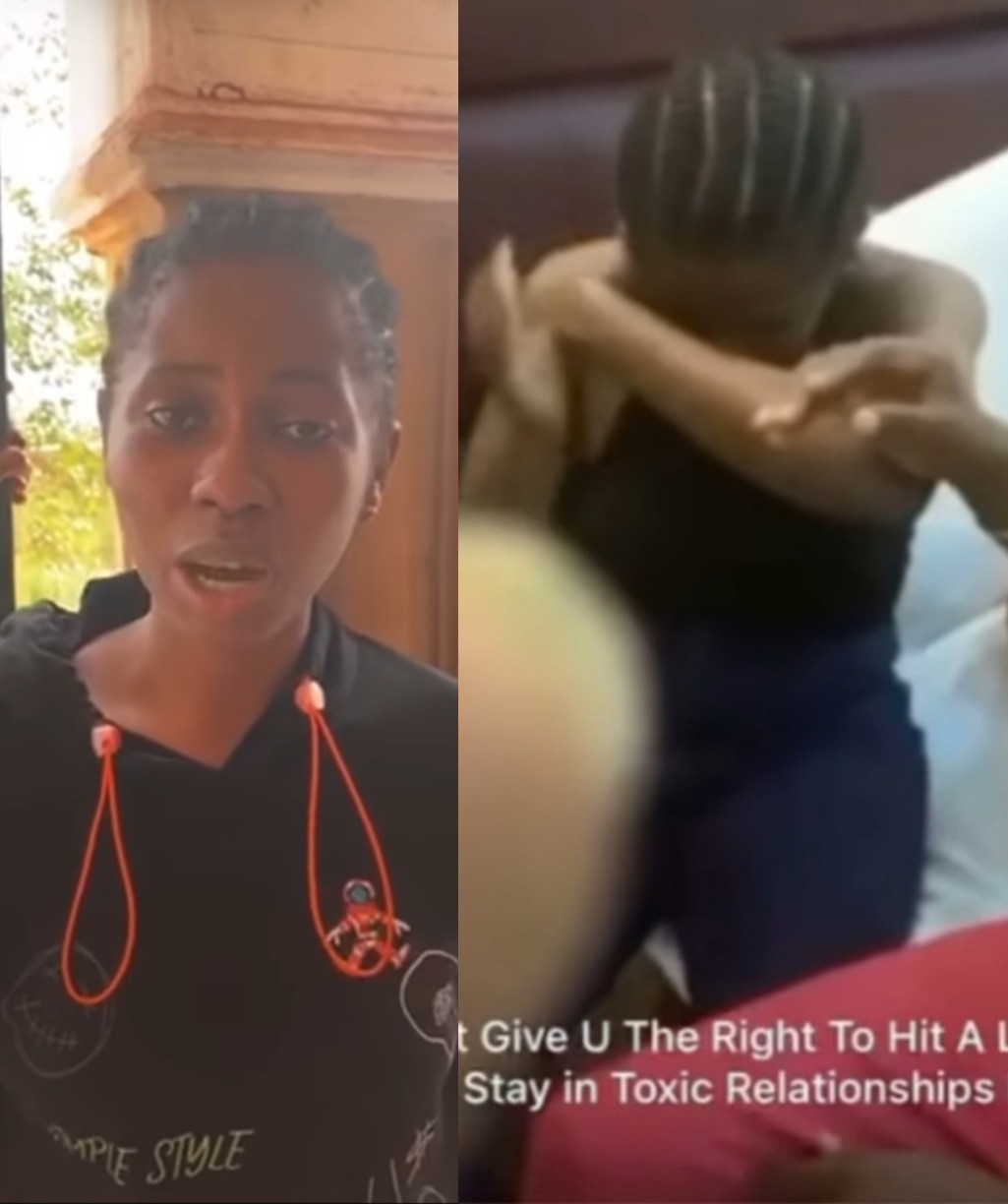 The young woman who was assaulted by her boyfriend in a viral video has spoken out with her side of the story. The lady identified as Anita denied claims making the rounds that she was caught in a hotel cheating on her boyfriend with another man. She explained that her current boyfriend called her to meet him at a hotel and she "naively" followed him because she "trusted" him. However, when she got there, her boyfriend and his friends confronted her and started "molesting" her. Then her ex-boyfriend also showed up and started filming, then made her go viral. Recall that in the assault video that went viral a day ago, Anita's boyfriend is seen confronting her and she told him that he cheated on her too. This got him angry and he slapped her, while telling her that he's a boy and has a right to cheat (read here). The longer video shows the boyfriend and his friends saying he planned to propose to her the following week after she told him she's pregnant. But they said they discovered she has another guy who she told she's pregnant too. They questioned why she told two guys that she's pregnant for both of them. But Anita insists she wasn't cheating and that one is her ex while the other who assaulted her is her current boyfriend. Watch her speak in the video below.       View this post on Instagram           A post shared by Lindaikejiblog (@lindaikejiblogofficial)The post Woman speaks out after being assaulted by her boyfriend who said he's allowed to cheat because he's a boy (video) appeared first on Linda Ikeji Blog.