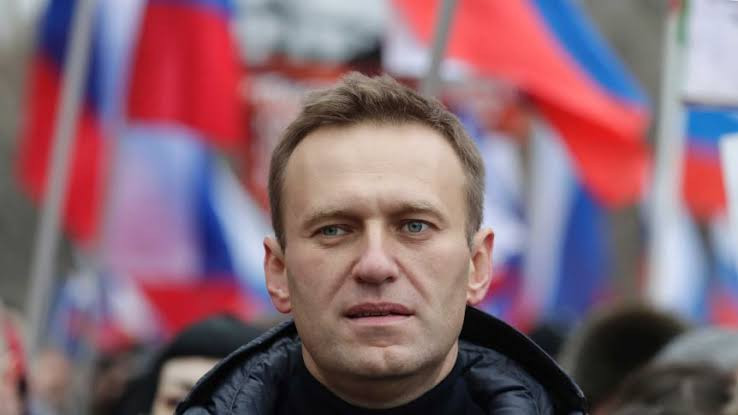 The United States government has imposed sanctions on senior Russian officials over the poisoning of top opposition leader Alexei Navalny.The sanctions are being levied againt Russia's top spy and six others, and will be followed up by sanctions from the European Union too.US officials say they had concluded that the Russian government was behind the near-fatal nerve agent attack on Navalny last year, that made him receive treatment in Germany for months.Navalny is the most high-profile critic of President Vladimir Putin and his imprisonement last month after returning to Russia resulted in large protests in the country.Moscow denies involvement in his poisoning saying Navalny was not poisoned with a Novichok agent during a flight in Siberia.The term Novichok - "newcomer" in Russian - applies to a group of nerve agents developed in a lab by the Soviet Union during the Cold War. The agent paralizes muscles and can lead to death by asphyxiation. The US say the sanctions will be imposed on seven senior Russian officials and 14 entities involved in chemical and biological production."Russia's attempt to kill Mr Navalny follows an alarming pattern of chemical weapons use by Russia," one official said.Under the sanctions, the assets of the officials in the US are frozen.Those targeted include Alexander Bortnikov, who heads the FSB, Russia's main intelligence agency, as well as deputy Defence Ministers Alexei Krivoruchko and Pavel Popov.The sanctions are the first imposed on Russia by the administration of President Joe Biden. The EU announced on Tuesday March 2 that it had targeted four Russian government officials. They are Alexandr Kalashnikov, the head of the Russian prison system, Alexandr Bastrykin, chairman of the Investigative Committee, Chief Prosecutor Igor Krasnov, and Viktor Zolotov, who heads the National Guard.The sanctions include travel bans and asset freezes.Early on Tuesday Foreign Minister Sergei Lavrov reiterated his claim that the West was "hiding the facts that could help to understand what had happened" to Navalny and was unfairly punishing Russia."We have repeatedly expressed our position in regards to illegitimate unilateral sanctions that... are used by the colleagues from the United States and those who take an example from them, the European Union," he said. The post US imposes sanctions on Russians over Alexei Navalny's nerve agent poisoning appeared first on Linda Ikeji Blog.