Update: Two children reunited with their families after they were thrown out by their aunt in Calabar 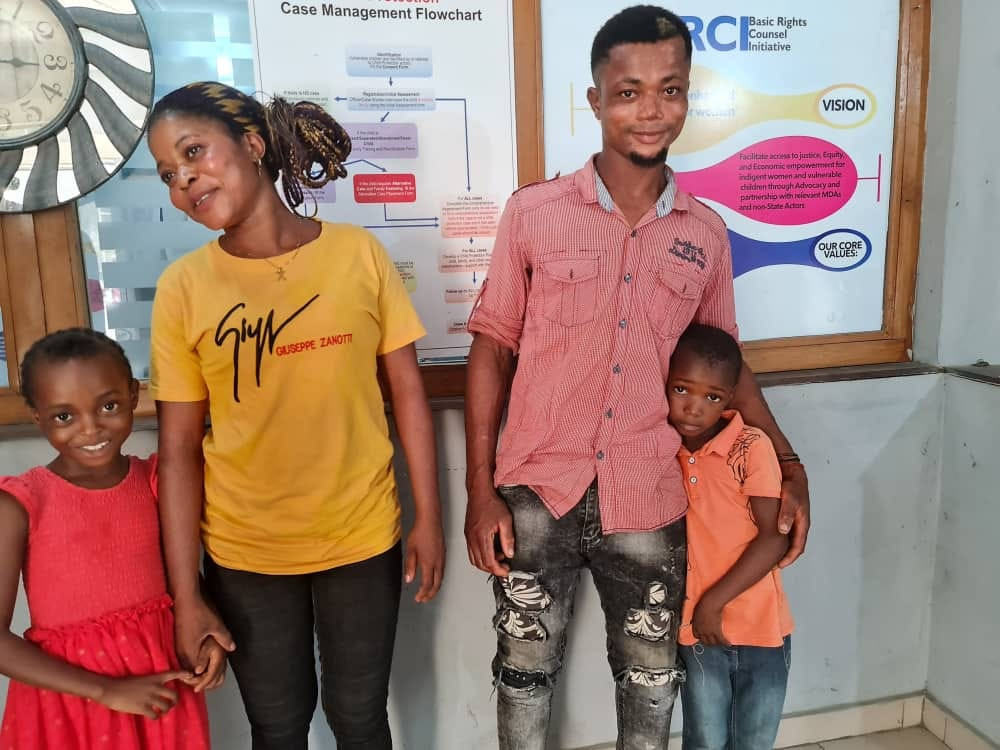 The two children rescued after they were driven out of the house by their aunt in Cross River state, have been reuinted with their families. LIB reported that the kids, Mary Abraham and Evelyn Daniel Edet, were found crying on the street of Calabar and rescued by an NGO, Basic Rights Counsel Initiative, last Wednesday.  The NGO confirmed the development in a statement on Wednesday, March 3.   "This is to notify the general public that the children (Mary and Evelyn) who were found alone on the road crying after being driven out of the house by one Aunty Comfort have been reunited with their families. Thank you to everyone who shared the post and made this reunification possible." 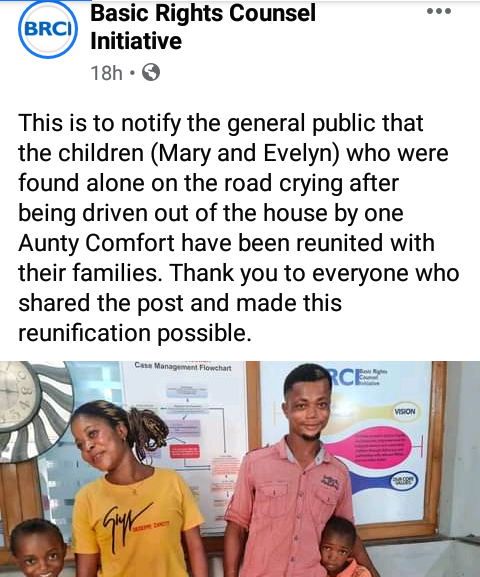 The post Update: Two children reunited with their families after they were thrown out by their aunt in Calabar appeared first on Linda Ikeji Blog.