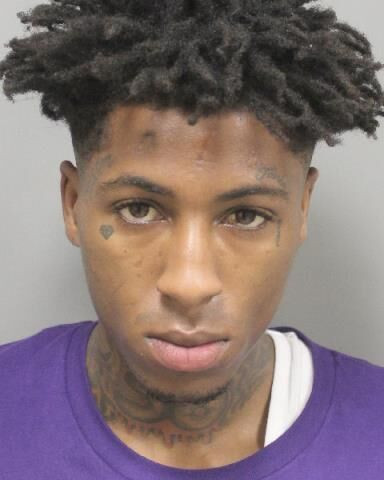 Louisiana rapper, NBA YoungBoy has been arrested and kept in FBI custody after fleeing from officials of Los Angeles Police Department who attempted to pull his car over for an outstanding federal warrant. The rapper reportedly didn’t pull over when flagged down by the security operatives, prompting a short pursuit which ended with the rapper trying to flee on foot. TMZ reported that the cops set up a perimeter and brought in a K-9 which sniffed out YoungBoy. He was arrested and taken into custody around 1 p.m on Monday March 22.  A firearm was also found in the vehicle but it is unclear if it belongs to the rapper. Back in September, the Baton Rouge rapper was among 16 people arrested on drug and firearm charges in Louisiana.  The post Rapper NBA YoungBoy arrested and kept in federal custody after fleeing from police appeared first on Linda Ikeji Blog.