President Buhari's daughter, Zahra demands retraction and apology from Sahara Reporters over allegation of conniving with others to defraud the Nigerian government 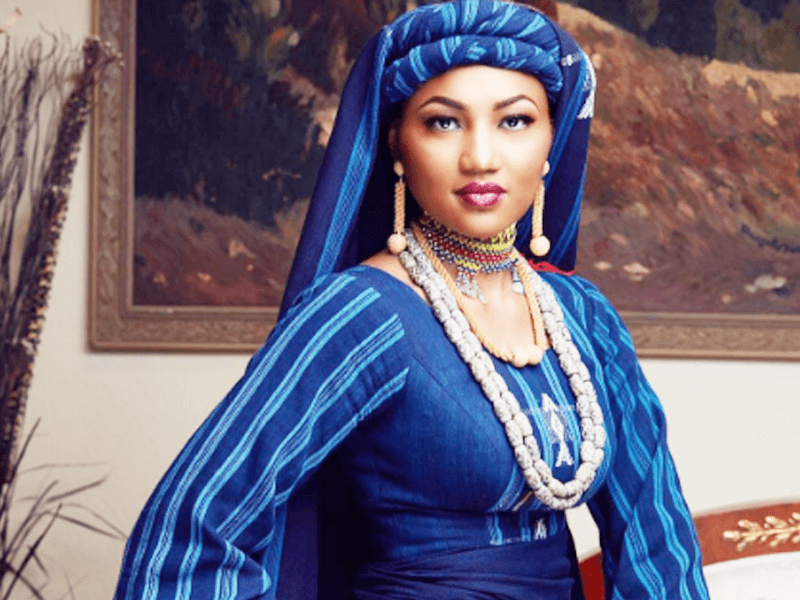 President Buhari's daughter, Zahra has given Sahara Reporters a 7-day ultimatum to apologize and retract its report of her allegedly conniving with others to defraud the Nigerian government.  The publication had reported that Nasiru Danu, a close ally of President Buhari and some top officials of the Nigeria Customs Service, recently defrauded the Nigerian government of N51 billion. The online newspaper said the N51 billion was meant “to improve Customs’ revenue”. According to Sahara Reporters, the N2.5 billion out of the money was allegedly transferred to a foundation owned by Zahra for which Mr Danu is a signatory. However in the ultimatum signed by her counsel Nasiru Adamu a Senior Advocate of Nigeria (SAN), Zahra denied the allegation and also demanded a retraction. She stated that there is no way Mr Danu could be a signatory in a foundation she owns. Her demands include;  -A retraction of the said damaging and defamatory as well as the injurious publication.-A retraction of the defamatory publication made @SaharaReporters tweet in respect of the publication in question.-A public apology to our client be issued vide your website and twitter account @SaharaReporters be published for seven (7) consecutive days.”-Public apologies be published in at least three (3) newspapers with online and physical presence across Nigeria for seven (7) consecutive days. The notice added that failure to meet Zahra's demand will lead to filing of a lawsuit.  Zahra Buhari who shared a photo of the notice on Instagram, wrote;  This was a decision I had to take to protect myself and my growing family from cyber bullying, non investigative and lazy journalism.It is unfair to say the least.I have taken so much in the last 6 years and I’m about to practise what I preached in my first episode of #inconversationwithzahra that held in November 2019 with @mimie_softie @rukkayahsdiary @princesshuwii .Let’s do this! 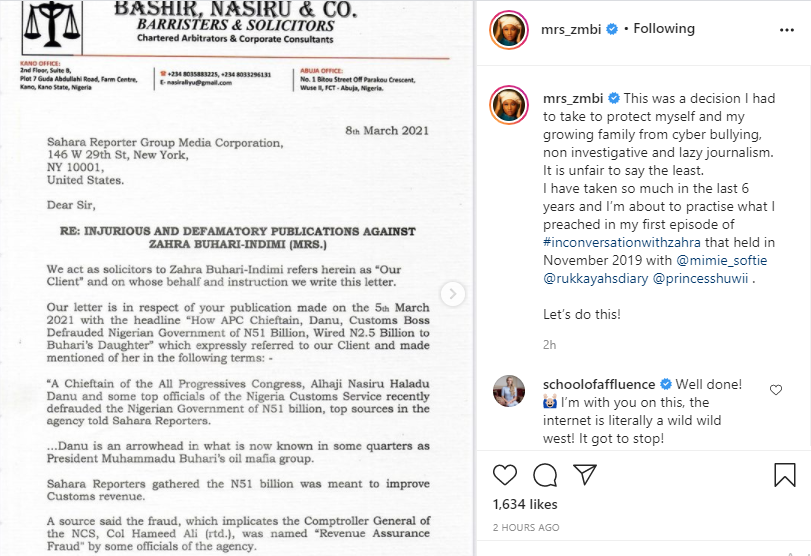 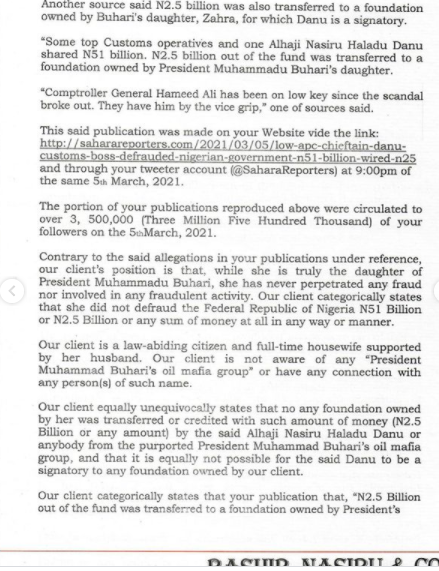 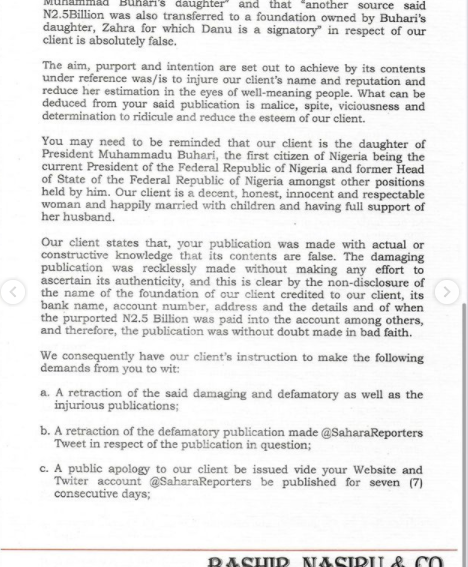 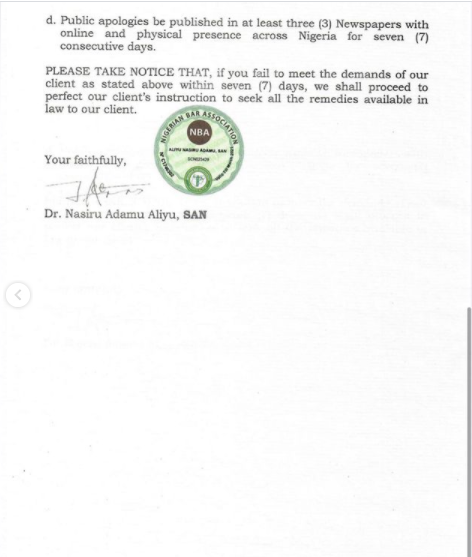 The post President Buhari's daughter, Zahra demands retraction and apology from Sahara Reporters over allegation of conniving with others to defraud the Nigerian government appeared first on Linda Ikeji Blog.