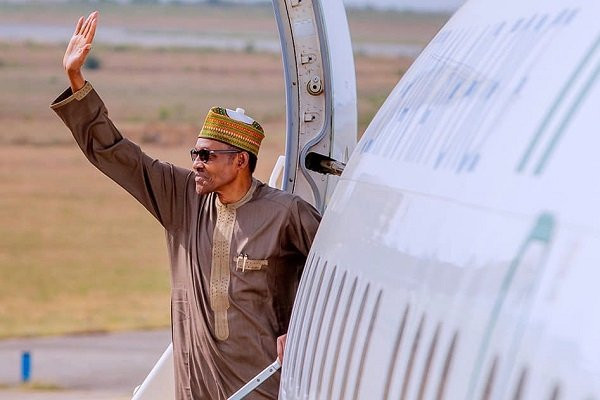 President Buhari will on Tuesday, March 30, leave Nigeria for the UK for his routine medical checkup. A statement released by presidential media aide, Femi Adesina, this night, March 29, says the President will be back in Nigeria in the second week of April. ''President Muhammadu Buhari proceeds to London, the United Kingdom, Tuesday March 30, 2021, for a routine medical check-up.The President meets with Security Chiefs first in the morning, after which he embarks on the journey.He is due back in the country during the second week of April, 2021.''the statement reads 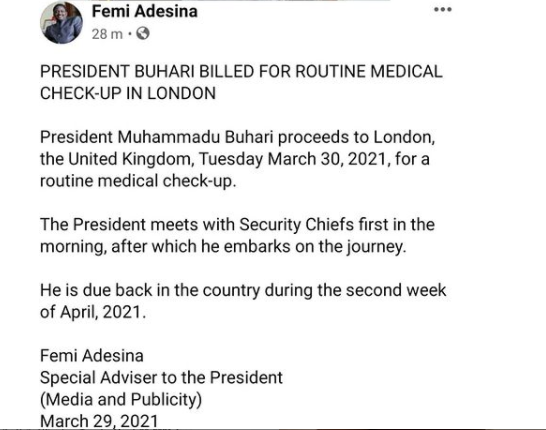 The post President Buhari jets out to the UK for his routine medical checkup appeared first on Linda Ikeji Blog.