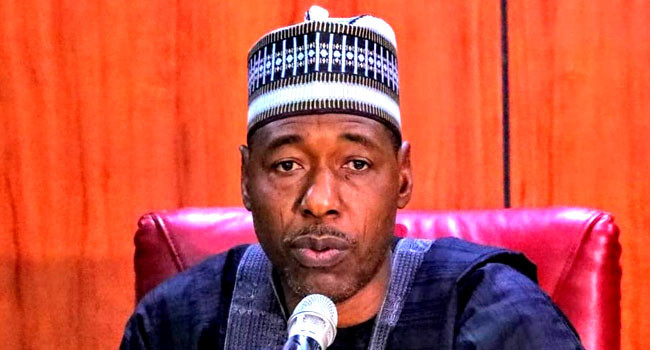 The governor of Borno state, Babagana Zulum, has lent his voice to the call for power to shift to the South in 2023.

Governor Zulum stated this when he spoke at the presentation of a book by Dakuku Perterside, former director-general of the Nigerian Maritime Administration and Safety Agency (NIMASA), on Thursday, March 25. “The issue of power rotation is a covenant between us hence the need to shift the power to the south.”he said According to him, it doesn't matter what part of the South the next president comes from. He urged the ruling All Progressives Congress (APC) to heed his advice and keep to previous agreements made to shift power to the southern part of the country in the next administration. Governor Zulum will not be the first governor to say that the South should take power. Just last week, the Katsina state governor, Aminu Masari in an interview, also advocated for power to the shift to the South come 2023.  The post Power should go to south in 2023 - Gov Zulum appeared first on Linda Ikeji Blog.