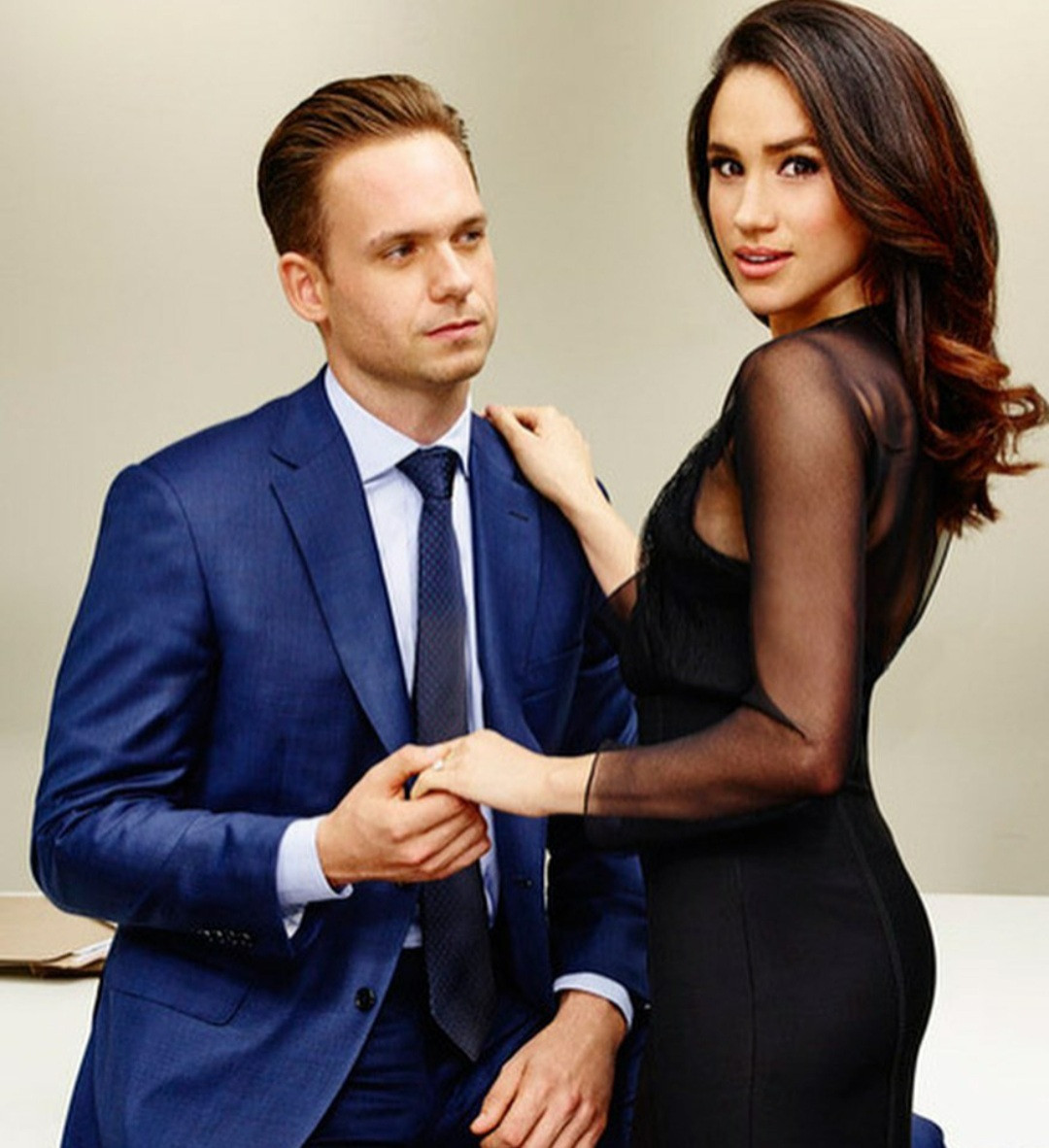 Meghan Markle's Suits co-star, Patrick J. Adams has slammed the royal family and the British media for tormenting the Duchess of Sussex. In a series of tweets, Patrick J. Adams, who starred alongside Markle for several seasons on the legal drama Suits, defended the former actress from the new bullying allegations that have emerged against her from Buckingham Palace. He sang Meghan's praise then called the royal family "archaic and toxic." He also questioned the timing of the bullying claims made against Meghan by the Palace. Buckingham Palace said Wednesday, March 3, that it would investigate allegations that Meghan, the Duchess of Sussex, bullied several staff members after a British media report cited unnamed royal aides saying a complaint had been made against her in 2018. Most people have accused the royal family of bringing this up to undermine Meghan's interview with Oprah Winfrey and make her seem like the bad person. Voicing same opinion, Patrick J Adams tweeted: "It’s OBSCENE that the Royal Family, who’s newest member is currently GROWING INSIDE OF HER, is promoting and amplifying accusations of “bullying” against a woman who herself was basically forced to flea the UK in order protect her family and her own mental health. "IMO, this newest chapter and its timing is just another stunning example of the shamelessness of an institution that has outlived its relevance, is way overdrawn on credibility and apparently bankrupt of decency. "Find someone else to admonish, berate and torment. My friend Meghan is way out of your league." Read his tweets below. 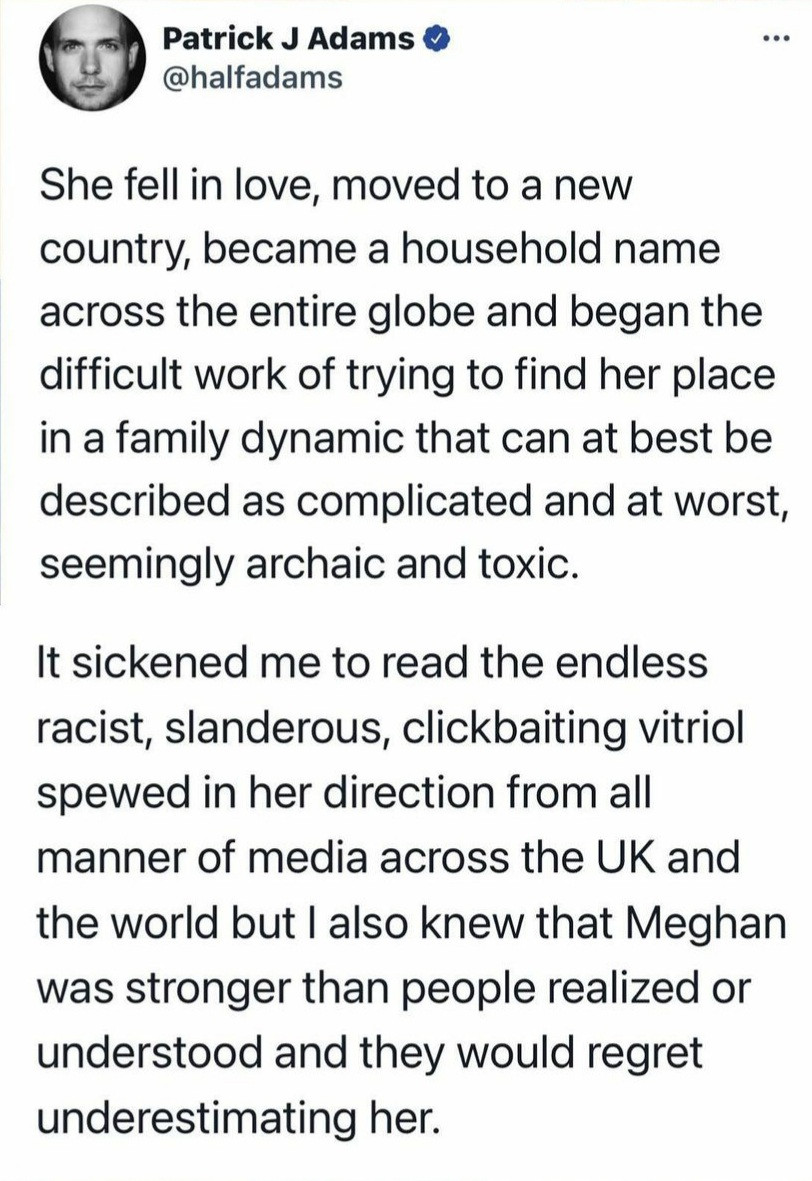 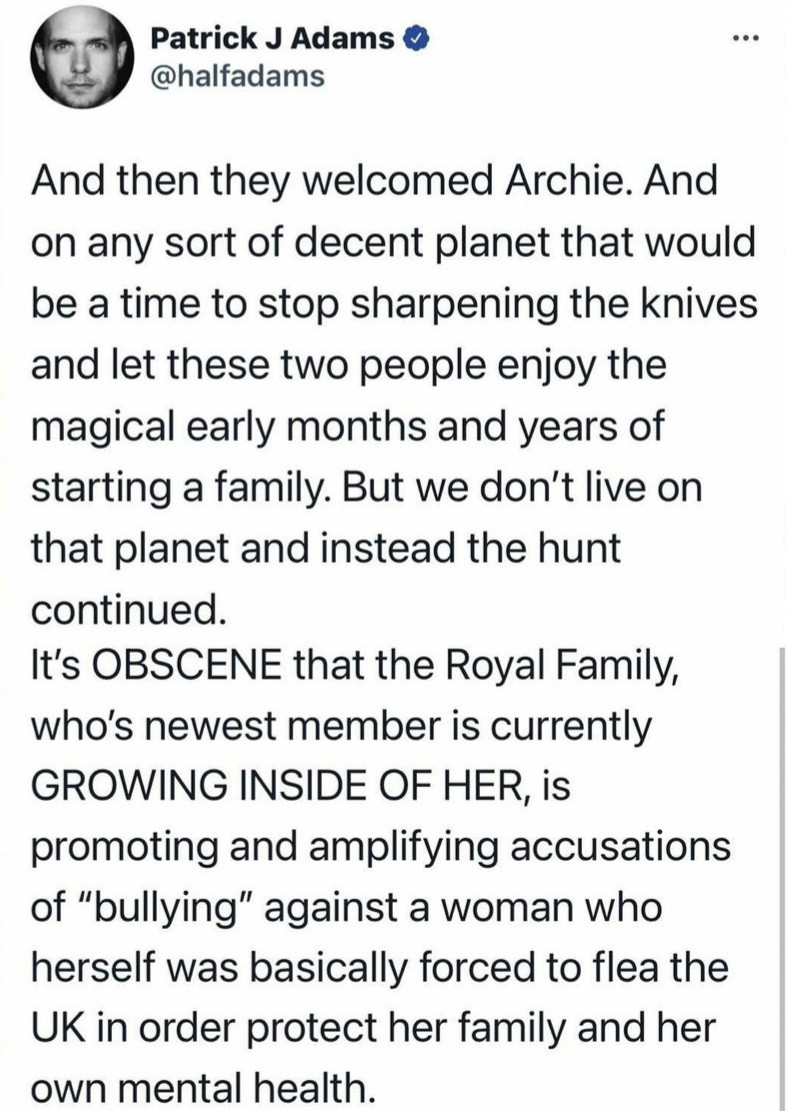 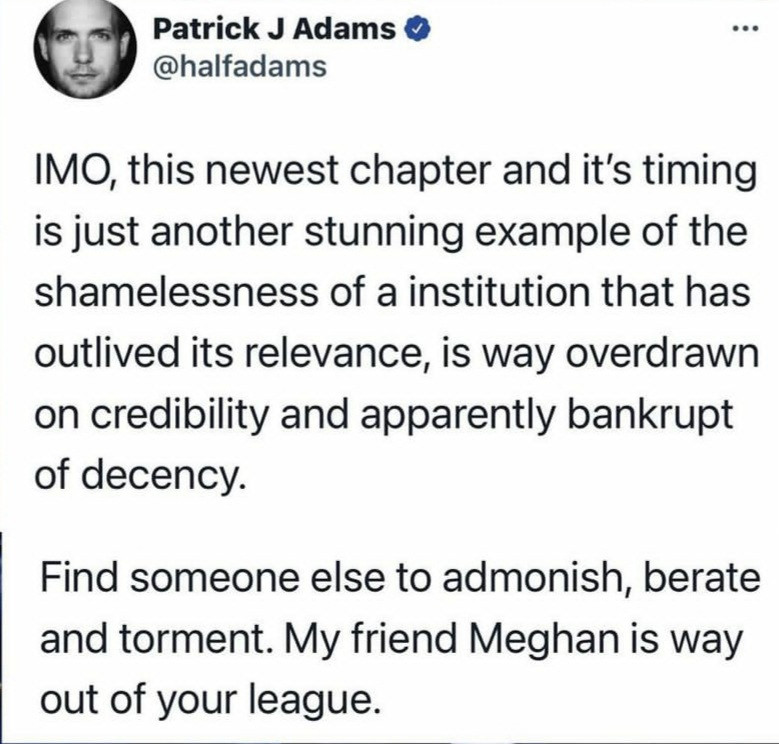