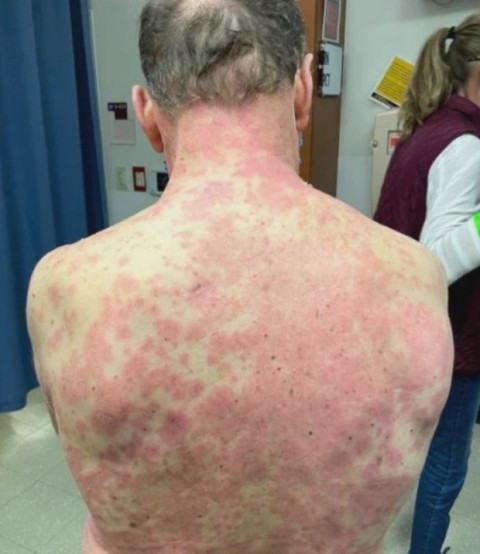 A man, Richard Terrell, 74, from Virginia, US, whose skin turned bright red and peeled off due to an extremely rare reaction to the Covid-19 vaccine has urged people to continue getting the shot regardless.  Richard Terrell, was given the Johnson and Johnson vaccine on March 6 and within days developed an itchy rash all over his body. 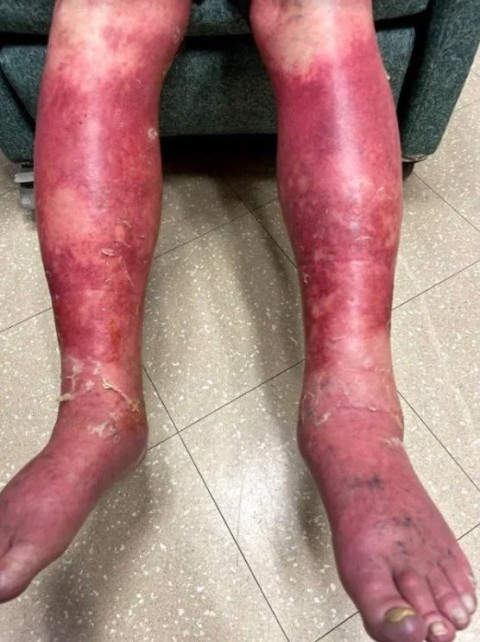 When the rashes didn't die down, he was taken to ER and doctors confirmed the skin condition had been caused by the vaccine which had sparked a ‘frenzied’ activation of his immune system. 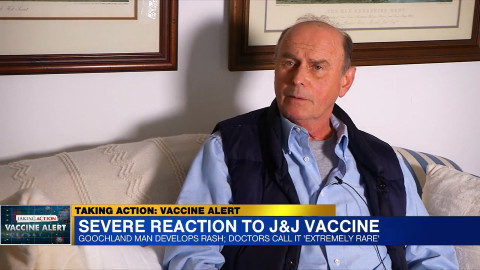 Some rashes and skin irritations have been associated with the Covid-19 vaccine. But experts say other vaccines for conditions such as teanus and chickenpox, can also cause a similar reaction. Richard spent five days in hospital and is still recovering his strength but says he has no regrets about getting the vaccine. 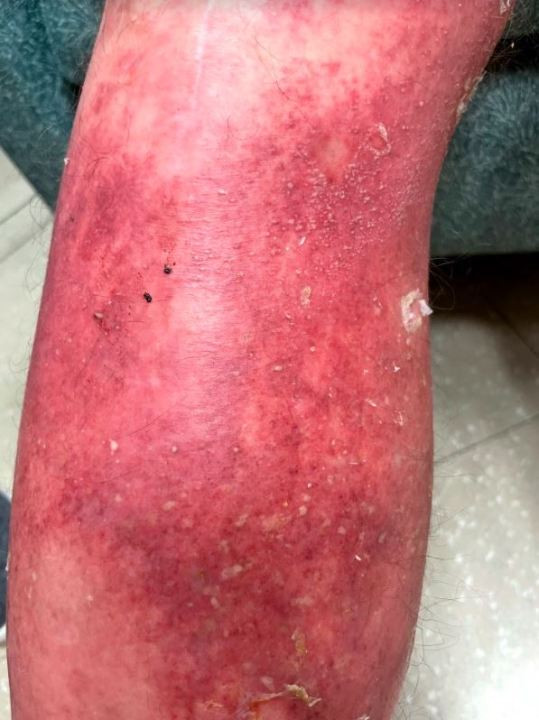 He told WRIC: ‘It all happened so fast. My skin peeled off. It was stinging, burning and itching. ‘Whenever I bent my arms or legs, like the inside of my knee, it was very painful where the skin was swollen and was rubbing against itself.’  On March 6, Terrell received the Johnson & Johnson vaccine in Ashland. He shares that everything went perfectly fine, however four days later he started experiencing symptoms.“I began to feel a little discomfort in my armpit and then a few days later I began to get an itchy rash, and then after that I began to swell and my skin turned red,” Terrell explained Richard’s doctor, Fnu Nutan, said she suspected that her patient may have some rare genetic traits that interacted with some of the vaccine ingredients and triggered the painful reaction. Despite this Terrell and Dr. Nutan are still encouraging people to get vaccinated and monitor their response.Nutan said: ‘If you look at the risk for adverse reaction for the vaccine it’s really, really low. We haven’t seen a great concern at all. I am a big proponent of the vaccine.’  The post Man whose skin peeled & turned red in rare reaction to covid-19 vaccine still advises people to take it (Photos) appeared first on Linda Ikeji Blog.