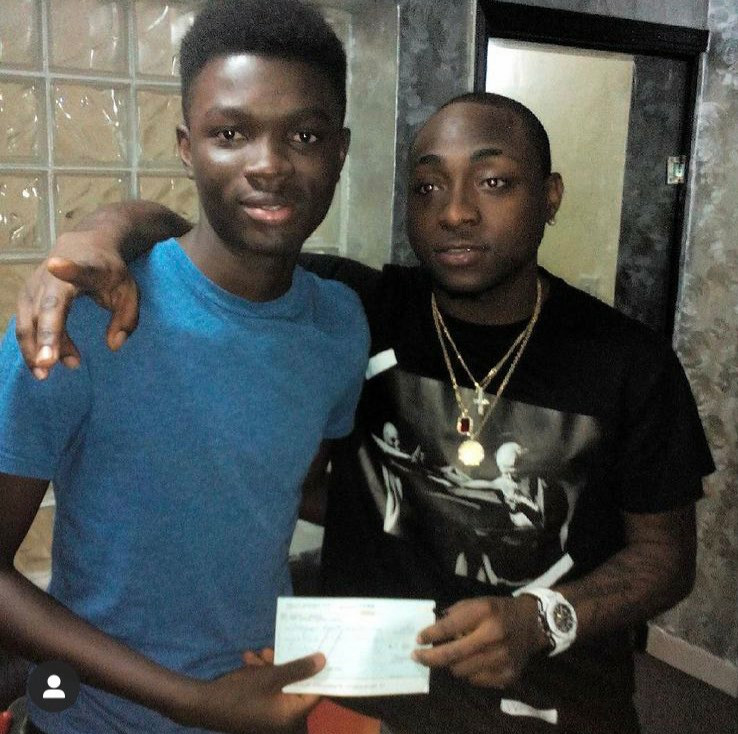 A man who dropped out of school in England due to lack of funds and returned to Nigeria, has graduated from a Nigerian University and he thanked Davido for partly funding his education. The first class graduate took to Twitter to share what he calls his "Uni timeline". He wrote:- left England because money no Dey Lagos - mentor sets up a gofundme for uni- @davido dropped funds to support my fundraiser (thanks to twitter folk )- Resumed abuad and survived Nigerian education  - first class EEE#ThankYouJesus  Davido responded, writing: "Crazy !! Happy for you." 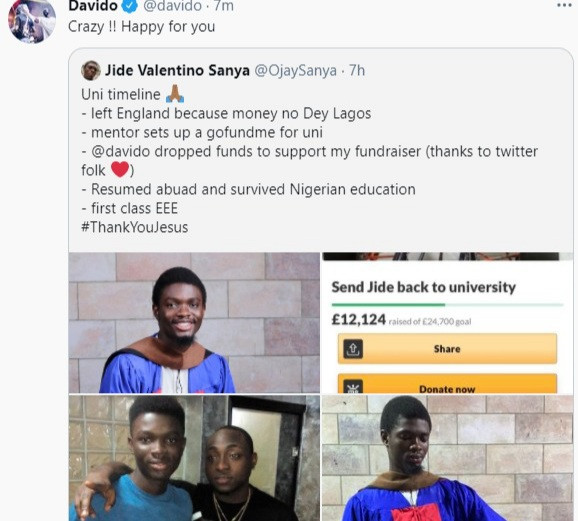 And the recent graduate replied, "Thank you so much."

The post Man who dropped out of school in England due to lack of funds thanks Davido for partly funding his education after he returned to Nigeria appeared first on Linda Ikeji Blog.