Lady narrates how she escaped death as armed robbers invade market in Aba, kill pregnant woman and her son 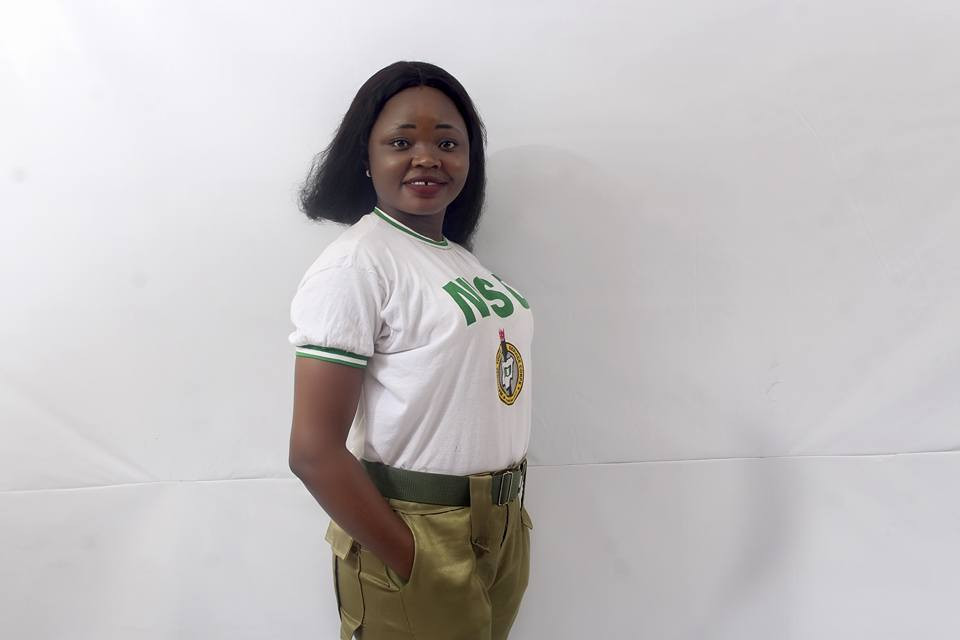 A Mechanical Engineer, Chidimma Clement has narrated how she escaped death when suspected armed robbers stormed a market in Aba, Abia state and killed a pregnant woman and her son.  It was gathered that the robbers arrived on a motorcycle at Ahia Nkwo market, in Ikeala Ahiaba, along Mgboko/Obikabia road in Obingwa council area, on March 9. When the robbers could not find the POS operator who was their target, they resorted to harassing and stealing from petty traders. They took away their personal belongings including cash and cellphones.According to Daily Sun, while stripping them of their belongings, some of the traders allegedly challenged the hoodlums during which they shot a woman identified as Nwanyi Chosen, a cement/fertilizer dealer and her son, who were close by.On noticing the bodies of their victims, the hoodlums quickly hijacked a parked motorcycle and escaped. According to Chidimma, she initially thought it was an accident after the gunmen hit a commercial motorcycle rider. Read her below;"In the hot afternoon of yesterday 9th March 2021 around 3pm armed robbers stormed Ahia nkwo umuohia Obingwa , at first I thought it was an accident because they hit a bike man and the armed robbers snatch the bike and brought out different gun from their bags. "One of them moved the bike to the POS agent shop but unfortunately the lady did not come out.They started shooting and robbing shops. They entered a cement and fertilizer shop of one pregnant chosen woman and shot her and her son at that time I took to my heels. "How I escaped bullet is what I don't know.How God saved my soul made me speechless. I thought I was dead but the good Lord saved me by his grace and mercy.,I woke up this morning and I was asking my husband whether am alive.Truly CHIMDINMA.what God can not do does not exist.God is merciful, who am I that God is mindful of me." 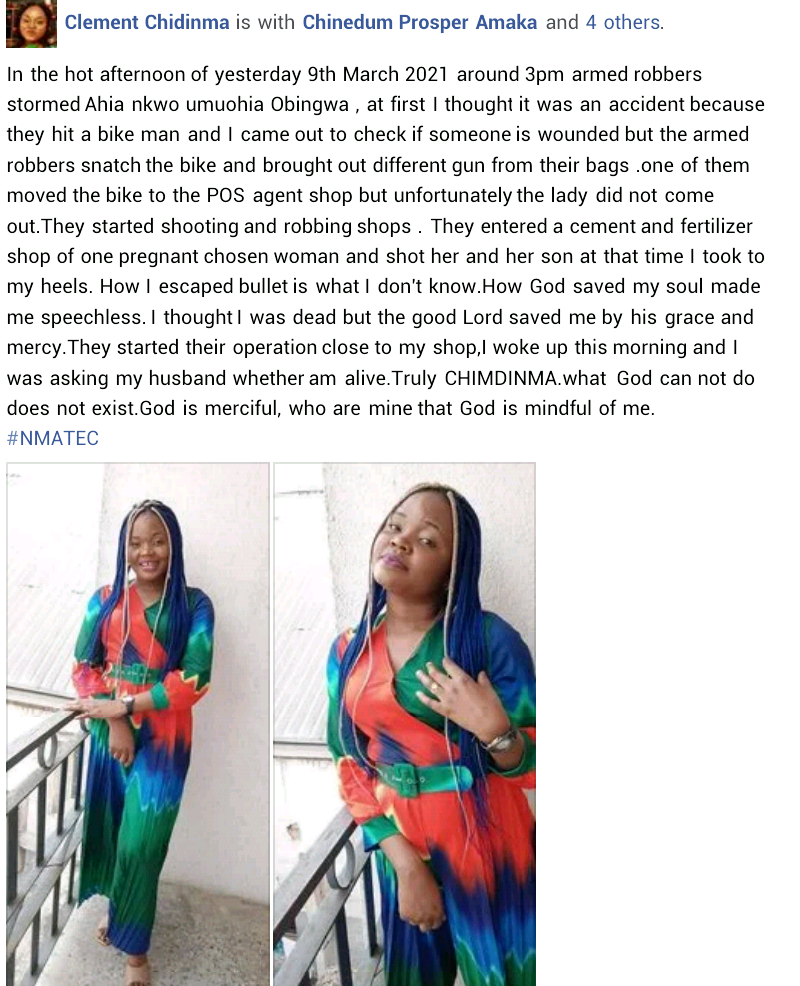