There have been allegations that Jordyn Woods' man, Karl-Anthony Towns cheated on her. Screenshots of purported chats between Karl-Anthony and another woman were released by a blog with claims he's cheating. Some reacted to the rumours by saying it's Jordyn's Karma for getting inappropriate with Khloe Kardashian's man, Tristan Thompson. But Jordyn and her man have denied these rumours. Jordyn took to Twitter to share a series of tweets, denying the claims. She tweeted: "People really be praying on your downfall. "So crazy how someone can make fake screenshots and send it to blogs and y’all believe it. my relationship is more than solid and I put that on everything. She continued: "I normally don’t address anything but what you’re not gonna do is play with my mans character!! "And to the person who started this rumor... WE SEEE YOU SIS.. since you wanna be seen SO BAD. God see you too." She also tweeted: "The screenshots don’t even look real like. "God forbid you a little too happy on the TL." 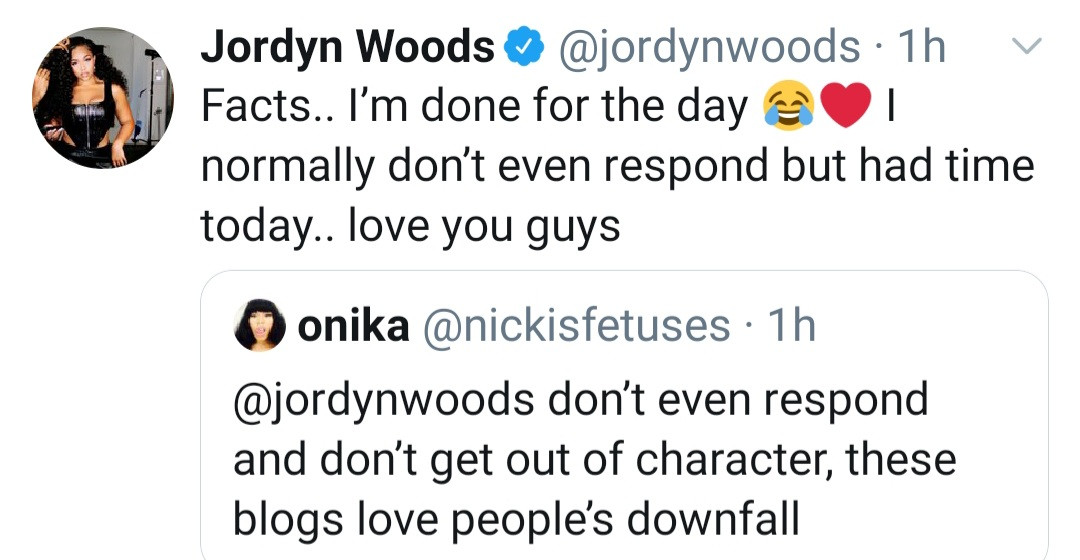 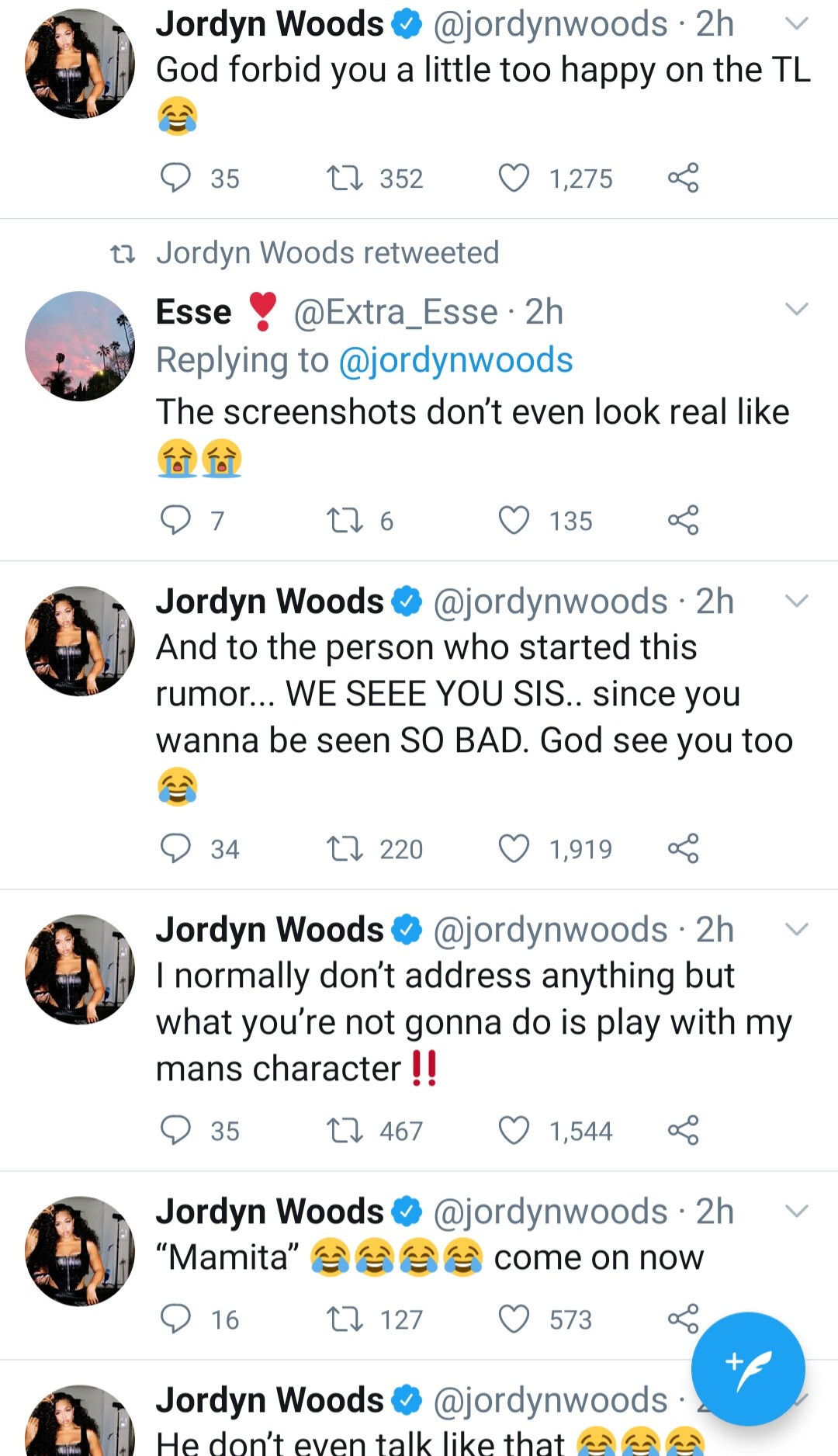 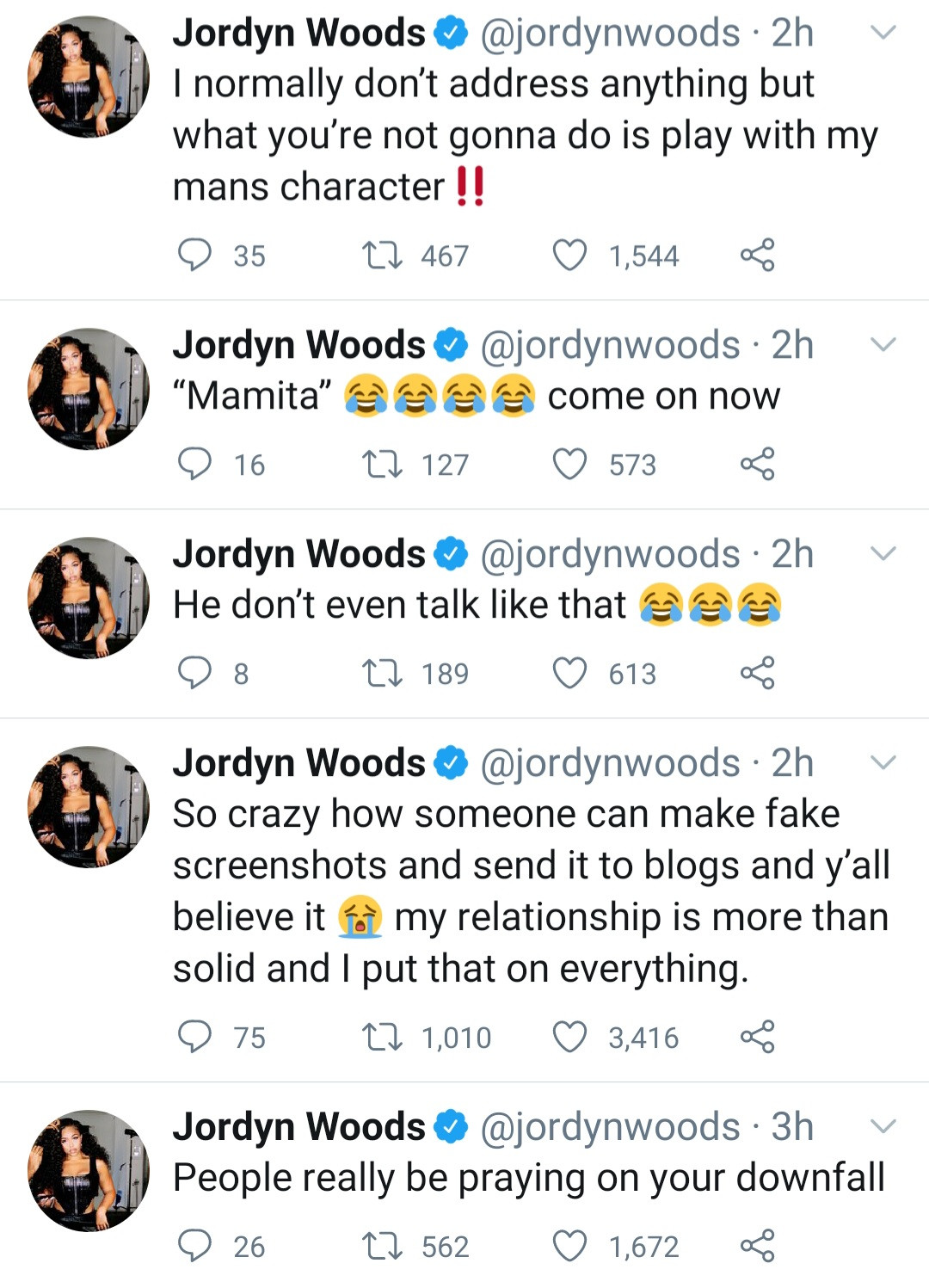 Denying the claims he cheated, Karl also took to Twitter to claim the chats were photoshopped. He wrote: "A lot of goofies out here with photoshop skills."

He also hinted at plans to marry Jordyn. He added: "So I got the baddest girl in the game and you think I’m gonna waste my energy with anyone else gtfoh! Same haters we got now are gonna be the same ones we have when I put that ring on her finger."

Meanwhile, the blog insists he cheated and reacted to the denial by releasing screenshots showing him liking two of the woman's Instagram posts. 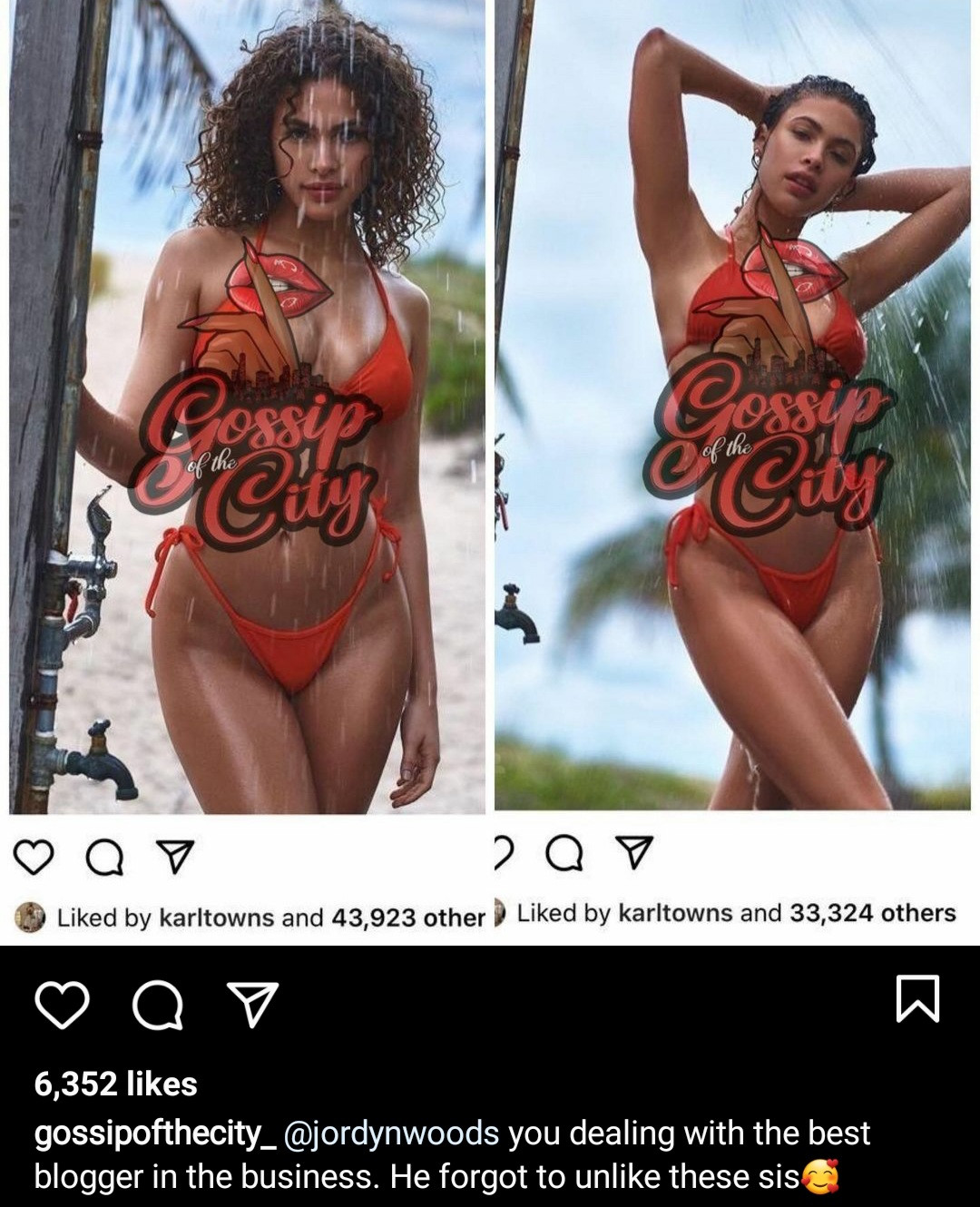 The post Jordyn Woods and her man Karl-Anthony Towns respond to allegations he's cheating on her appeared first on Linda Ikeji Blog.