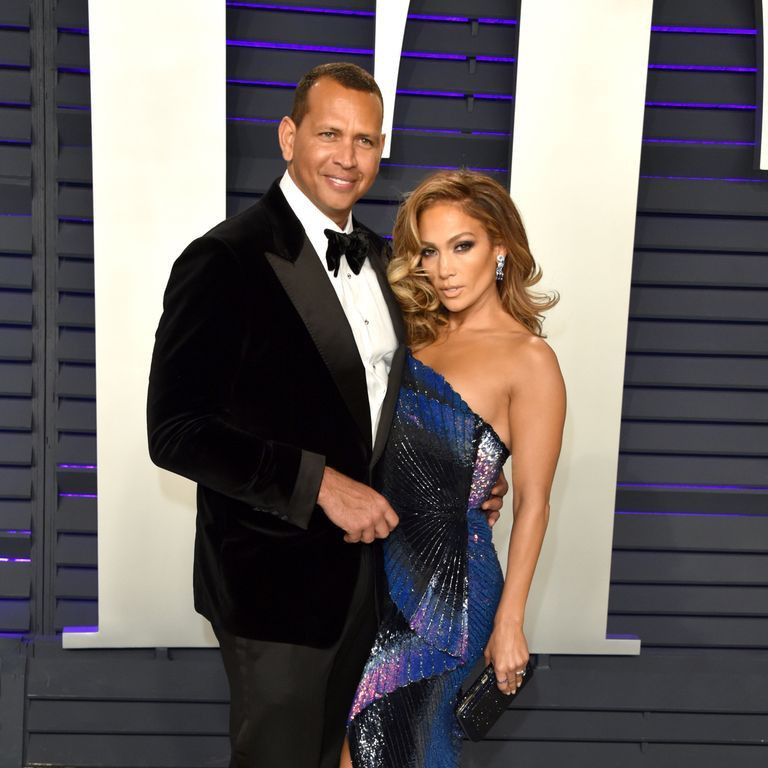 Jennifer Lopez and Alex Rodriguez reportedly split after postponing their wedding twice Jennifer Lopez and Alex Rodriguez have reportedly ended their two-year engagement after postponing their wedding twice.  According to a Friday report from PageSix, the 51-year-old singer and the 45-year-old former Yankees baseball player have gone their separate ways.  This comes a month after the duo were spotted looking happy in late February in the Dominican Republic as she was shooting  her film Shotgun Wedding with Josh Duhamel. 'He’s now in Miami getting ready for baseball season, and she’s filming her movie in the Dominican Republic,' a source told the site and insists they have broken up. He was seen alone in Miami on a yacht on Friday. 'Don’t mind me, just taking a sail-fie… What are your plans for the weekend?' he wrote in a caption to his Instagram post. The pair, who both started dating in 2017 after meeting a decade prior when she was married to Marc Anthony, got engaged in 2019 on the beach when he surprised her with a large diamond ring.  Jennifer and Alex had delayed their wedding twice citing it was due to lockdown from COVID-19. The post Jennifer Lopez and Alex Rodriguez reportedly split after postponing their wedding twice appeared first on Linda Ikeji Blog.