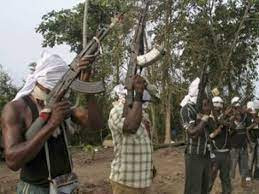 A banker and one other person have been abducted by yet-to-be-identified gunmen who attacked the Ibadan Quarry Site. One of the victims, Popoola Isaac is an employee of a construction firm, RCC, while the other Ismail Adeoye, is an employee of Polaris Bank. They were said to be at the Binu Quarry situated in Dalli village along the Ibadan/Ijebu-Ode Road when they were abducted. Confirming the incident to newsmen, the State Police Public Relation Officer CSP Olugbenga Fadeyi said efforts are currently being made to ensure that the abductees get released from the unknown abductors. The post Gunmen abduct two persons at Ibadan quarry appeared first on Linda Ikeji Blog.