Footballer, Angel Di Maria forced to flee PSG vs Nantes match after learning that robbers broke into his home and attacked his family 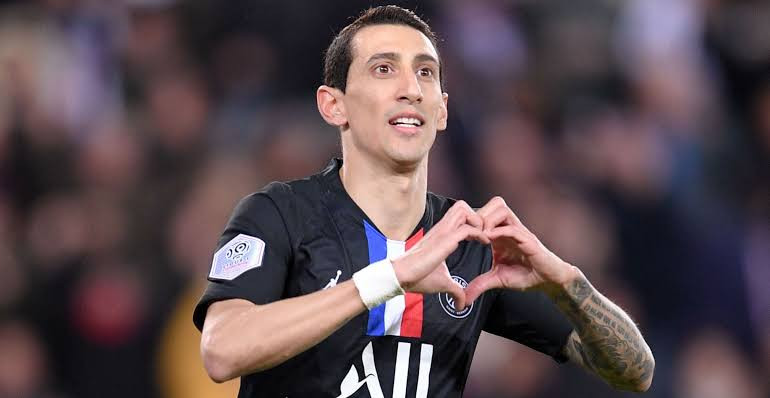 Former Real Madrid and Manchester United attacker, Angel Di Maria was withdrawn during Paris Saint-Germain's defeat to Nantes on Sunday March 14, after he received news that his home had been robbed with members of his family present.Di Maria had played well and was helping PSG push to take the lead back when the club's sporting director Leonardo signalled communication to Pochettino on the sidelines.Pochettino immediately withdrew Di Maria and went with him into the dressing room before returning minutes later to oversee the rest of his side's match.PSG players seemed shaken by the news hence their intensity reduced during the game and they ultimately lost as they also heard at the end of the game that team-mate Marquinhos' parents had also been victimised by home intruders.Years back Di Maria's family was left traumatized by a robbery incident during his time at Manchester United ."It's not an excuse but there was a drop in energy," Pochettino said after the match. "We talked about things other than football after the game in the locker room.""The truth is that the first period we controlled the match, but after the equalizer, we had trouble and we were not strong enough to hang onto this match."The post Footballer, Angel Di Maria forced to flee PSG vs Nantes match after learning that robbers broke into his home and attacked his family appeared first on Linda Ikeji Blog.