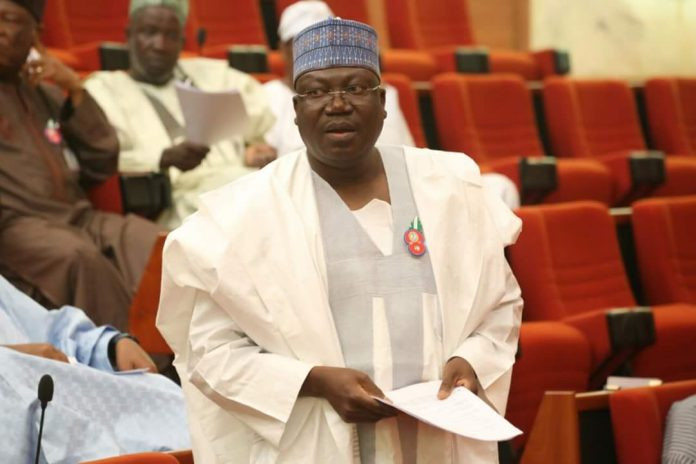 Senate President, Ahmad Lawan has alleged that the criminal activities being carried out in the country is being funded by drug barons.  The senate president said this when Buba Marwa, chairman of the National Drug Law Enforcement Agency (NDLEA) paid him a visit at the national assembly on Thursday March 4.  Lawan who stated that Nigeria as a country is in one way or the other a transit route for drugs, said the national assembly will support the agency in the aspect of amending the NDLEA act. He said;  “I believe that this agency needs restructuring. Now that you have taken over, we should go the whole haul to restructure the agency, not piecemeal touches, because we need to get it right. “My personal opinion is that NDLEA should be in the league of EFCC, ICPC, and therefore, the kind of support that those two agencies I mentioned receive, you should receive something like that, in addition to many other things that you should be supported with.“So, the national assembly will definitely work with you, we will partner with you, and will ensure that we do our best to give you the kind of support that will enable you properly to discharge your mandate.“Having said this, let me say that Nigeria as a country is in one way or the other a transit route for drugs. Drug peddlers pass their drugs through Nigeria.“We believe that this has to stop because the proceeds of such activities fund terrorism, they fund banditry, you wonder how the bandits have RPGs and these massive arms that they have.“Definitely, these are some acquisition provided by some barons, not the bandits themselves.“So, we need to ensure that this transit role that Nigerians plays is addressed properly. And here we have to approach this through multi-sectoral efforts – the Customs, Immigration Service, our Security Agencies, and in fact, the Federal Airports Authority of Nigeria (FAAN), and our seaports.” Lawan who also advocated for the inclusion of drug education in the curriculum of schools and institutions of learning in Nigeria, stressed the need for multi-dimensional efforts across various agencies of governments aimed at tackling underlying causes of insecurity, such as illiteracy, unemployment, and poverty.The post Drug barons are funding bandits and terrorists - Lawan appeared first on Linda Ikeji Blog.