Dr.Dre's estranged wife, Nicole Young denied a restraining order against the music mogul after he called her 'greedy b*tch' in new song 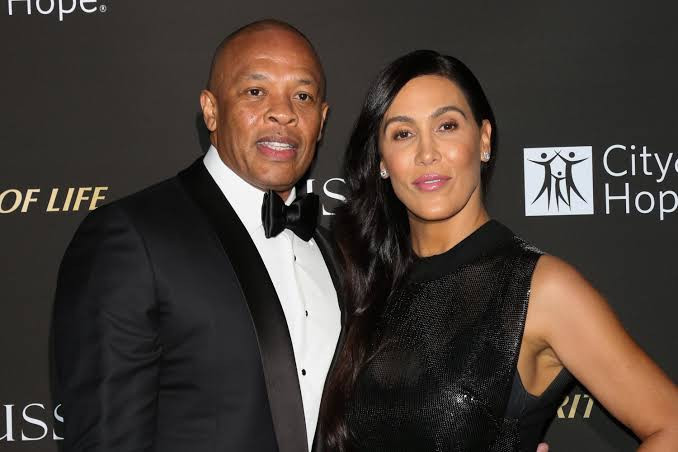 Dr.Dre's estranged wife, Nicole Young has reportedly been denied a restraining order against the music mogul after he called her 'greedy' in a song that prompted her to fear for her safety amid their ongoing divorce. Young, 51, requested the emergency domestic violence restraining order against her ex, 56, after he released a song last month in which he referred to her as a 'greedy b*tch' and a 'perjurer', according to TMZ.Young claims that she's concerned for her safety after the release of the song, and alleges 'he has upped the ante and is now outright threatening me to keep my mouth shut or else.' In the snippet, the hip-pop mogul referenced his recent stay at Cedars-Sinai Medical Center after suffering a brain aneurysm and his wife's monetary demands in their ongoing divorce proceedings. ‘(B*tch) Trying to kill me with them lies and that perjury, I see you trying to f*ck me while I’m in surgery/In ICU, death bed, on some money sh*t,’ read the lyrics. ‘Greedy b*tch, take a pick, girl you know how money get… You know we don’t tolerate that nonsense, by any means get your hand up out my pocket/This life is private just like the pilot, it’s been decided, this the Poseidon.’Despite Young believing the new song and her previous allegations of spousal support warranted the order, the judge ultimately denied her request to grant her a restraining order against the music mogul due to 'insufficient evidence.'Responding to her allegations, Dre insisted the only time he had seen Young since the divorce filing was when she visited him in the hospital following his brain aneurysm in January 2021. Dre also insisted that he has had no contact with her, and has denied all her allegations of abuse.In October 2020, Dre accused his wife of criminal conduct in 'embezzling' more than $350,000 from one of their bank accounts after she  filed for divorce in June last year,In January 2021,  Dre agreed to pay Nicole $2 million in temporal spousal support while he was still at the hospital recovering following his hospitalization for a brain aneurysm.Before then, he had also been paying Nicole $293,000 a month in support, but she is asking the court to force him to pay her almost $2million a month, plus another $5million for attorney fees.Dre and Young have two children together, daughter Truly, 20, and 24-year-old son Truice. The post Dr.Dre's estranged wife, Nicole Young denied a restraining order against the music mogul after he called her 'greedy b*tch' in new song appeared first on Linda Ikeji Blog.