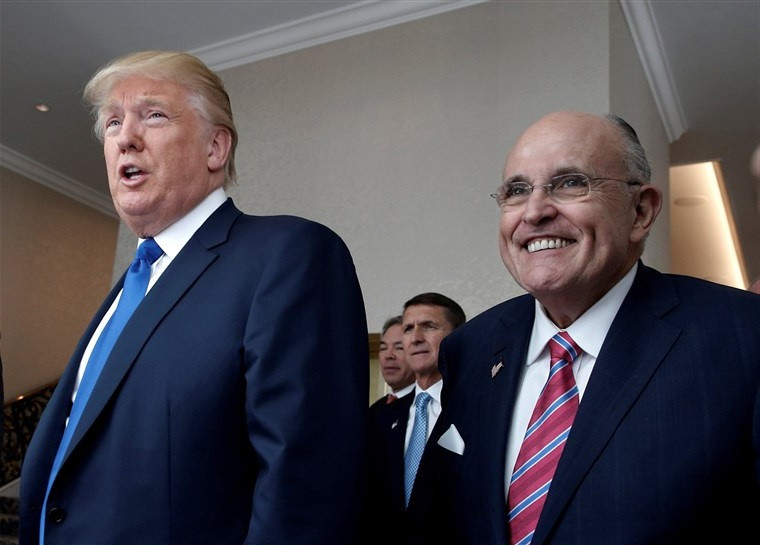 Former US President Donald Trump and his ex-lawyer Rudy Giuliani have been served in a civil rights lawsuit accusing them and members of far-right extremist groups of inciting the January 6 MAGA riot to prevent Congress from certifying the election.  The Daily Beast reported on Wednesday, March 3 that attorneys for Rep. Bennie Thompson, the chairman of the House Homeland Security Committee, and the NAACP delivered the lawsuit to the former president at Mar-a-Lago.  While Giuliani's lawyer, Joseph D. Sibley, accepted the papers on behalf of the former mayor of New York. The National Association for the Advancement of Colored People (NAACP) and Rep. Bennie Thompson, the chairman of the House Homeland Security Committee, sued the former US President and his ex-lawyer and two right-wing extremist groups, alleging they conspired to incite the deadly Jan. 6 riot at the U.S. Capitol. The lawsuit, filed on Tuesday, February 16, in Federal District Court for the District of Columbia, alleges that Trump and Giuliani, in collaboration with the Proud Boys and Oath Keepers, conspired to incite the riot to keep Congress from certifying the results of the 2020 presidential election.  It claims they did so in violation of the Ku Klux Klan Act, a Reconstruction-era statute designed to protect both formerly enslaved African Americans and lawmakers in Congress from white supremacist violence. The lawsuit recounts Trump’s actions leading up to the Jan. 6 riot, building a case against him in similar fashion to House impeachment managers. It cites Trump's remarks during “Save America” rally as evidence that he mobilized and directed insurrectionists to storm the Capitol. After his supporters entered the halls of Congress, the lawsuit alleges, Giuliani called lawmakers individually, asking them to try to “slow down” the Electoral College vote count.  The post Donald Trump and Rudy Giuliani served lawsuit that accuses them of inciting the January 6 MAGA riot appeared first on Linda Ikeji Blog.