CNN’s Chris Cuomo continues to lose viewership on his show 'Cuomo Prime Time'  as his embattled brother, New York Gov. Andrew Cuomo, D., faces multiple scandals and bipartisan calls for his resignation.Andrew Cuomo has been accused of sexual harrasment and misconduct by several women, threatening to "ruin" a female reporter, and covering up coronavirus nursing home deaths in the state. 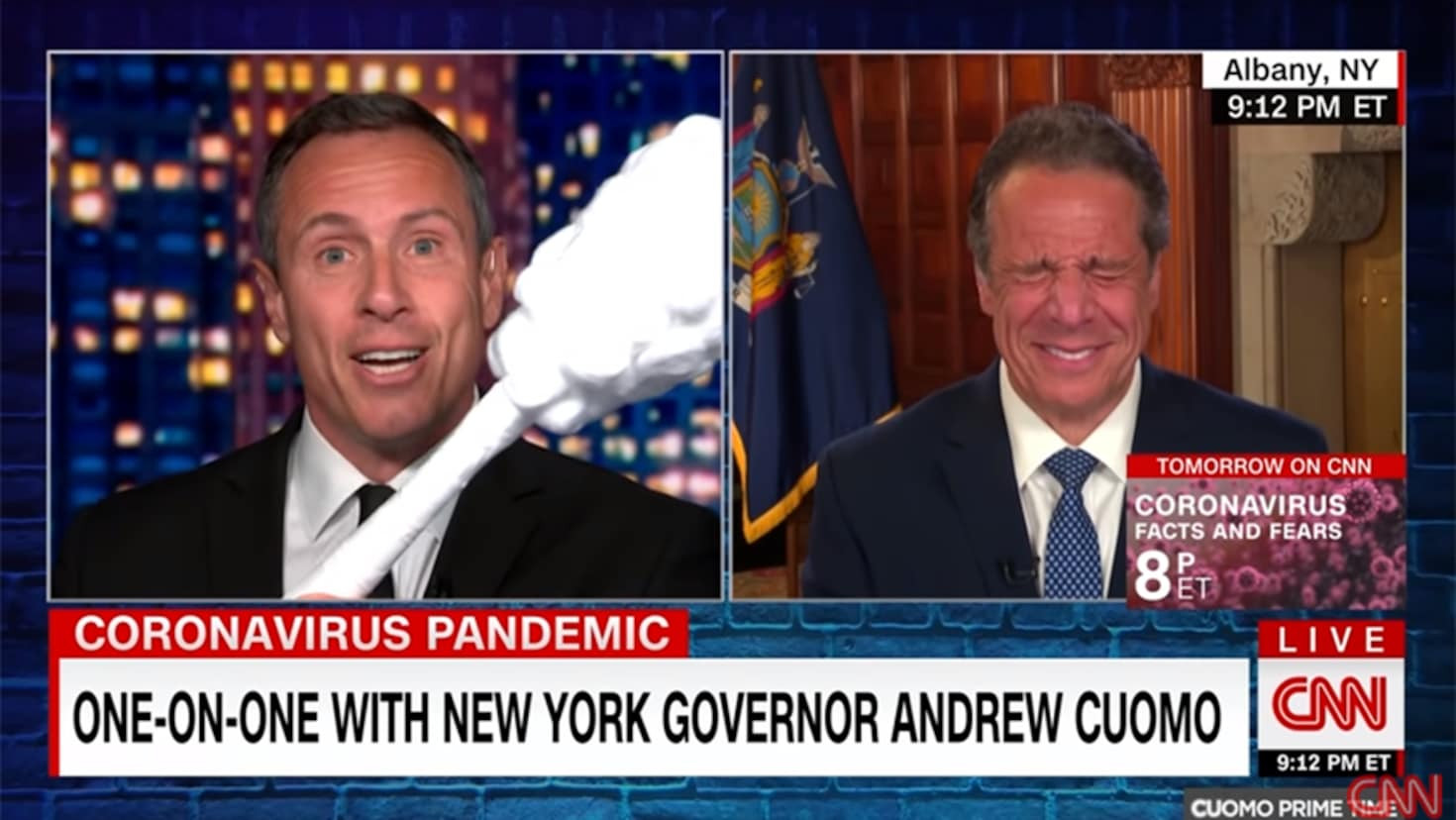 "Cuomo Prime Time" one of CNN's hit shows, had its smallest average audience last week since the coronavirus pandemic started to dominate the news cycle across the United States. According to the NY Post, the show averaged 1.31 million viewers during the week of March 15, the show’s smallest total since it averaged 1.3 million viewers during the week of March 2, 2020 – days before the coronavirus lockdown started in the US. "Cuomo Prime Time" finished 2020 with a yearly average of 1.8 million viewers, making it CNN’s most-watched program.However, the CNN show has dropped roughly half a million nightly viewers since then. "Cuomo Prime Time" also struggled among the key demographic of adults age 25-to-54, averaging only 307,000 viewers for its worst performance since the week of Feb. 24, 2020, which is a very important statistic. As that is the group most coveted by advertisers.Cuomo has refused to cover his big brother's scandals on his show and the show's downfall could be impacting other CNN programs, too, as CNN failed to surpass Fox News among total viewers during any specific hour of the day from 6 a.m. to midnight through out last week Monday to Friday.Last week Fox News doubled CNN’s primetime viewership and had a double-digit percent advantage over CNN among total day viewers.This means, CNN had it's lowest rated weekday audience among both total day and primetime viewers since the week of Feb. 24, 2020.CNN announced last month that Chris Cuomo would no longer be allowed to cover his troubled senior brother.The network giants said the rule had been in place since 2013 but an "exception" was made during the early months of the coronavirus pandemic.Andrew Cuomo despite being accused by several women of sexual assault and misconduct  has vowed he doesn’t plan on stepping down."I am not going to resign, I was not elected by the politicians, I was elected by the people," he said on March 12. The post CNNs Cuomo Prime Time has worst viewership in a year as host Chris Cuomo's brother, Andrew juggles multiple scandals as governor appeared first on Linda Ikeji Blog.