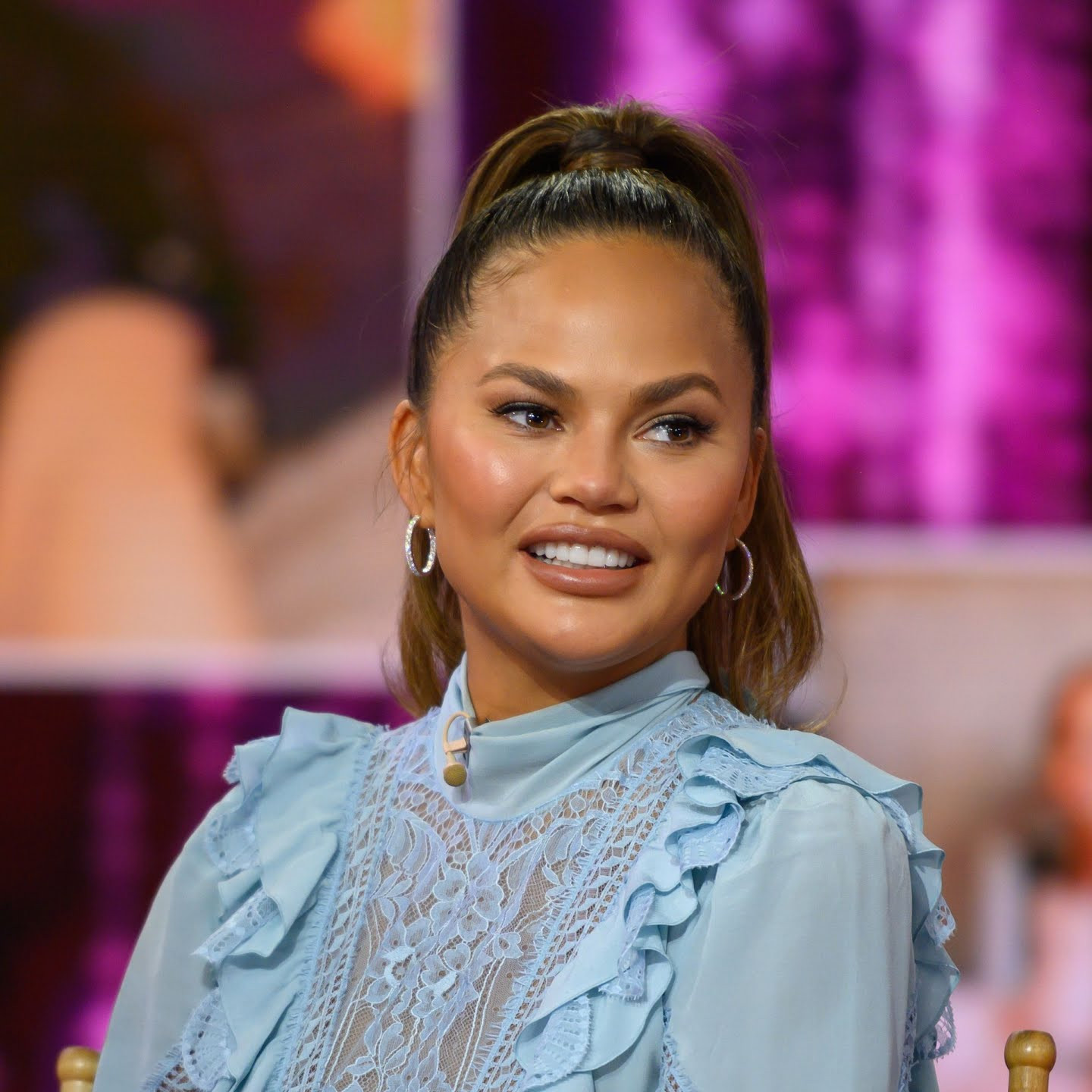 Chrissy Teigen has announced her departure from Twitter. The model took to Twitter on Wednesday night, March 24, to write: "Hey. For over 10 years, you guys have been my world. I honestly owe so much to this world we have created here. I truly consider so many of you my actual friends. "But it’s time for me to say goodbye. This no longer serves me as positively as it serves me negatively, and I think that’s the right time to call something." She goes on to explain that, "I’ve always been portrayed as the strong clap back girl but I’m just not. My desire to be liked and fear of pissing people off has made me somebody you didn’t sign up for, and a different human than I started out here as!" Teigen also encouraged her followers "to know and never forget that your words matter. No matter what you see, what that person portrays, or your intention." She continues: "For years I have taken so many small, 2-follower count punches that at this point, I am honestly deeply bruised." She concludes by admitting that, "I have made my mistakes, throughout years and in front of hundreds of thousands, and been held accountable for them," but ultimately she hasn’t been able to learn "how to block out the negativity." 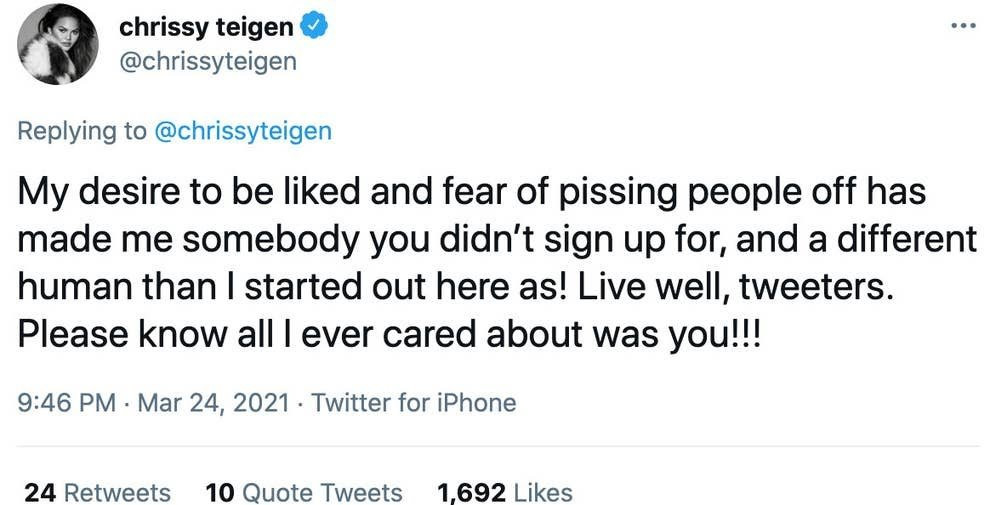 The decision comes following the recent backlash she received for collaborating with Kris Jenner on plant-based cleaning product line, Safely. Following her announcement, the mum-of-two who had 13.7 million followers, deactivated her Twitter account.