Sameria Gbieor, baby mama of Liberian celebrity chef Chauncy Yarngo has called him out for allegedly assaulting her.  Sharing photos of her bleeding, Gbieor alleged that this is not the first time she is being subjected to abuses.  She wrote;  This is what y'all celebrity chef does to a woman. This is not his first or the second time. I'm tired protecting someone who will never protect me. Chauncy Yargo YOURE GOING TO JAIL 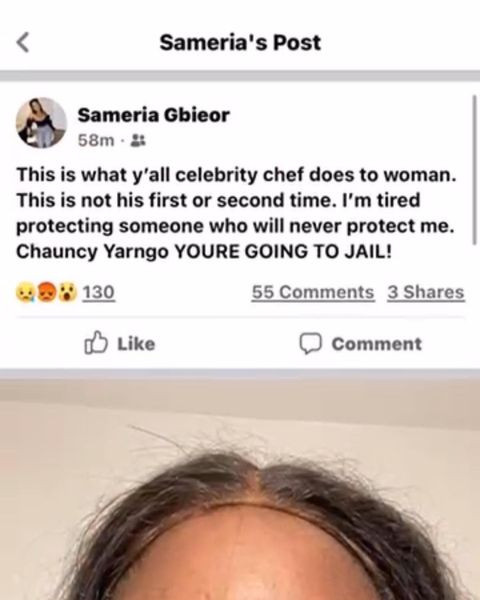 Sameria also claimed that Chauncy wouldn't be where he is now without her support. She further described him as a lazy, dirty and manipulative man.  She wrote;  Chauncy Yarngo doesn’t have a license, he doesn’t have a car (he uses mine like the bum that he is) he’s broke as fuck. He don’t have shit in his name. He doesn’t even have credit. If it wasn’t for me he wouldn’t even be where he is right now. He is very lazy and dirty.He is a manipulative cheating ass, bum ass nigga. He doesn’t have no ownership in WorldTaste Atlanta . There is so much that you guys don’t know about this man. But the truth will always come out. And all the people supporting him are JUST as bad or even worse than him. I made sure my landlord changed my locks until I get back to Atlanta to get my things. Chauncy is a disgrace to Liberian men. 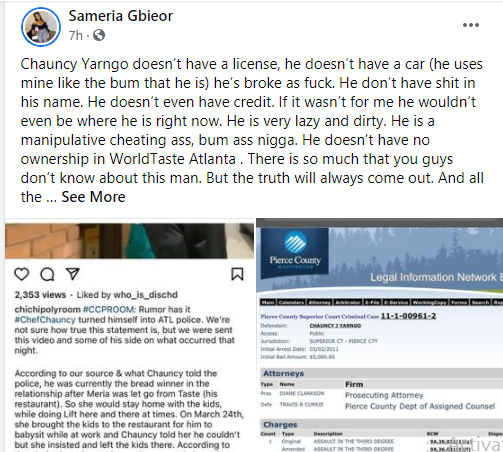 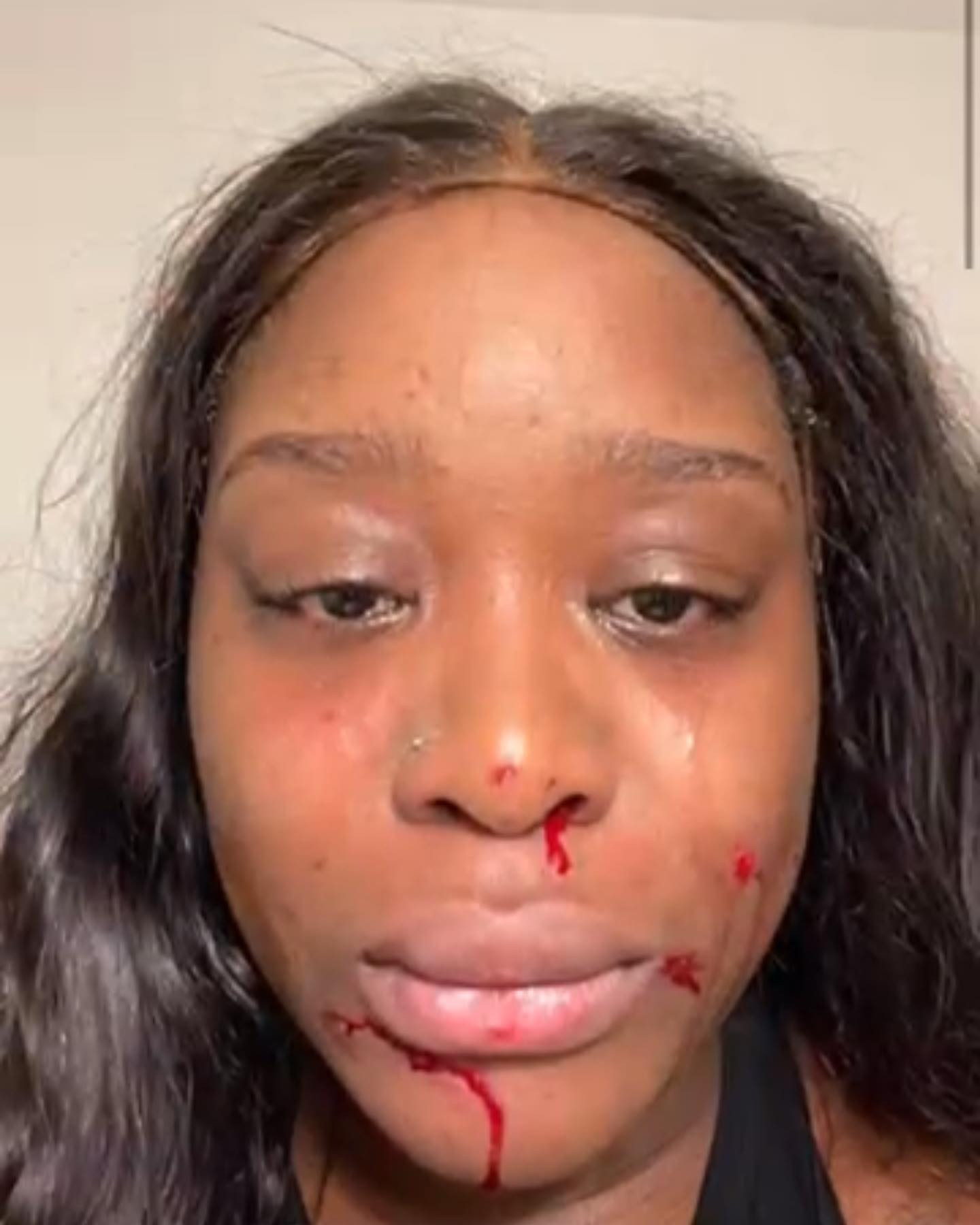 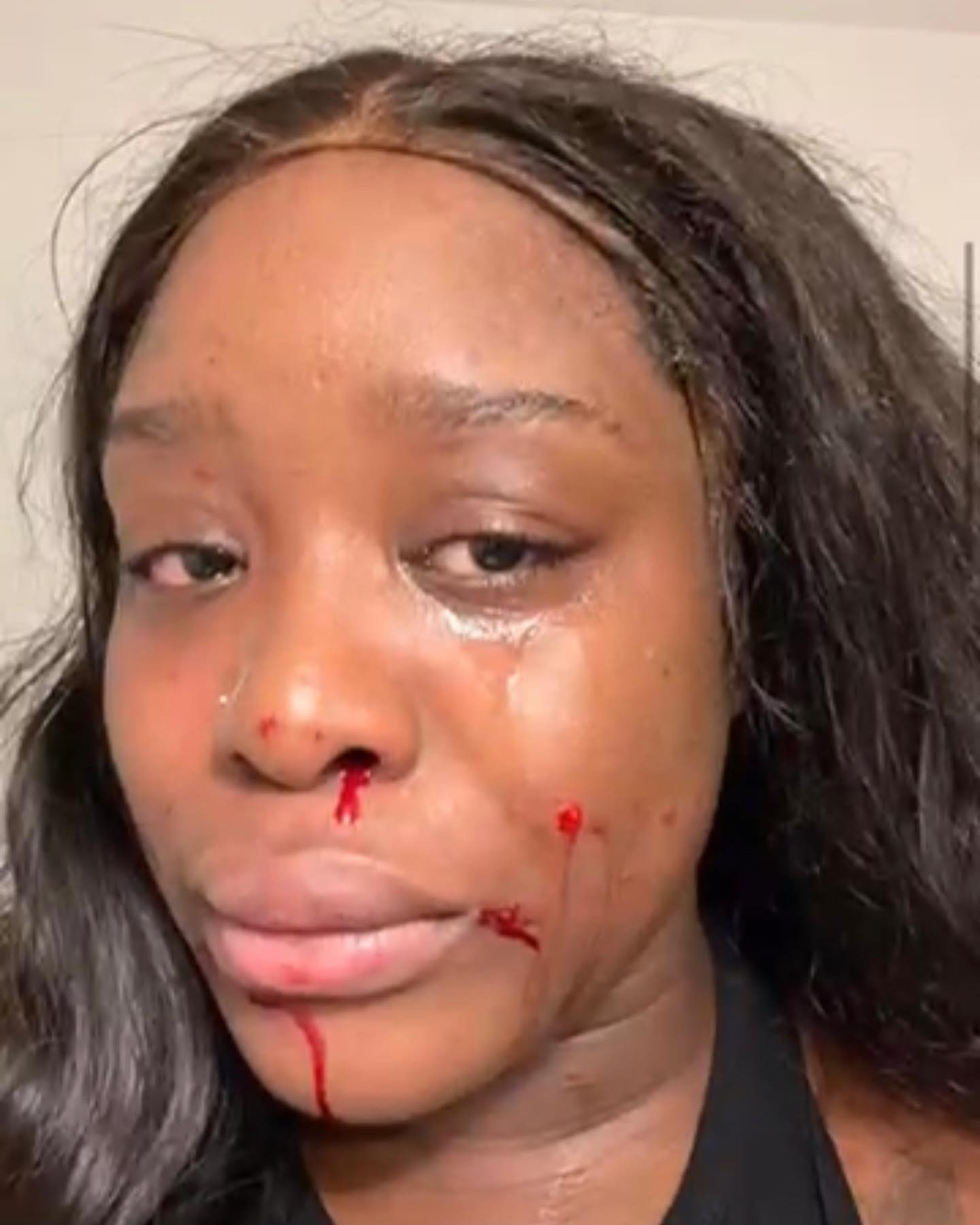 The post Baby mama of Liberian celebrity Chef calls him out for allegedly assaulting her appeared first on Linda Ikeji Blog.