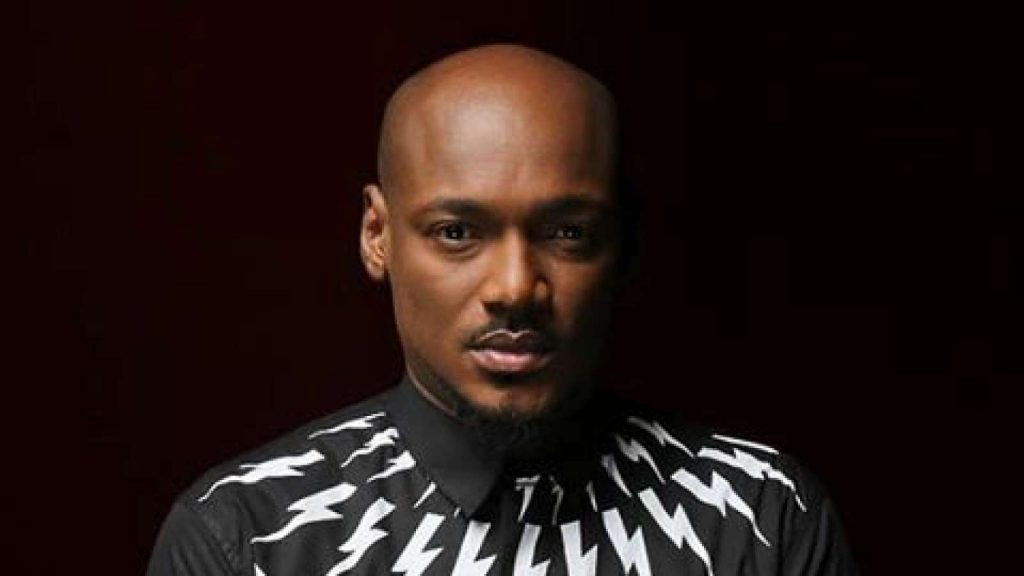 Singer, 2Face Idibia, has said that anyone who claims he is fighting for God is downgrading and insulting God. He stated this in his Instastories on Monday March 1. His posts come days after he reacted to the viral video of Apostle Suleiman where he said he prints money by speaking in tongues.  According to 2Face, God doesn't need anybody to help him do what he can do. He opined that Religion is supposed to be a moral gym and that any other thing asides from being a moral gym is a scam. See what he posted on his Instastories below 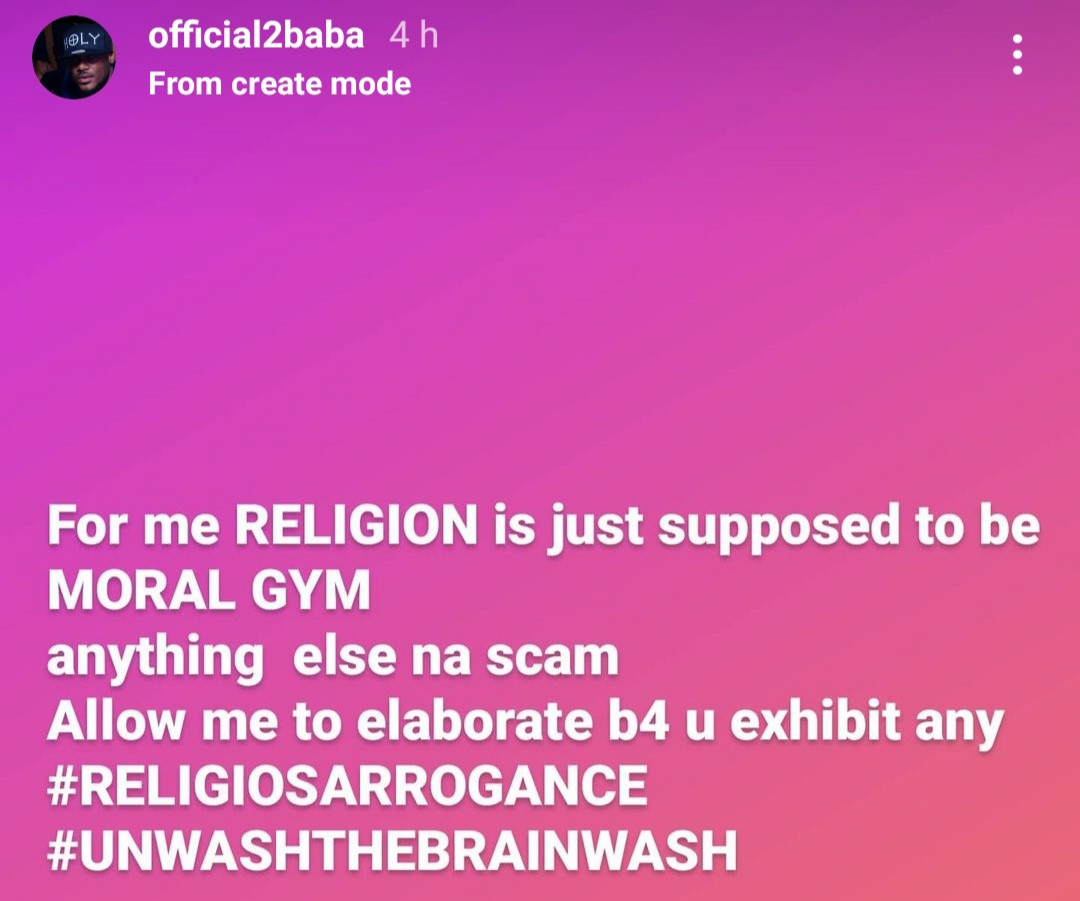 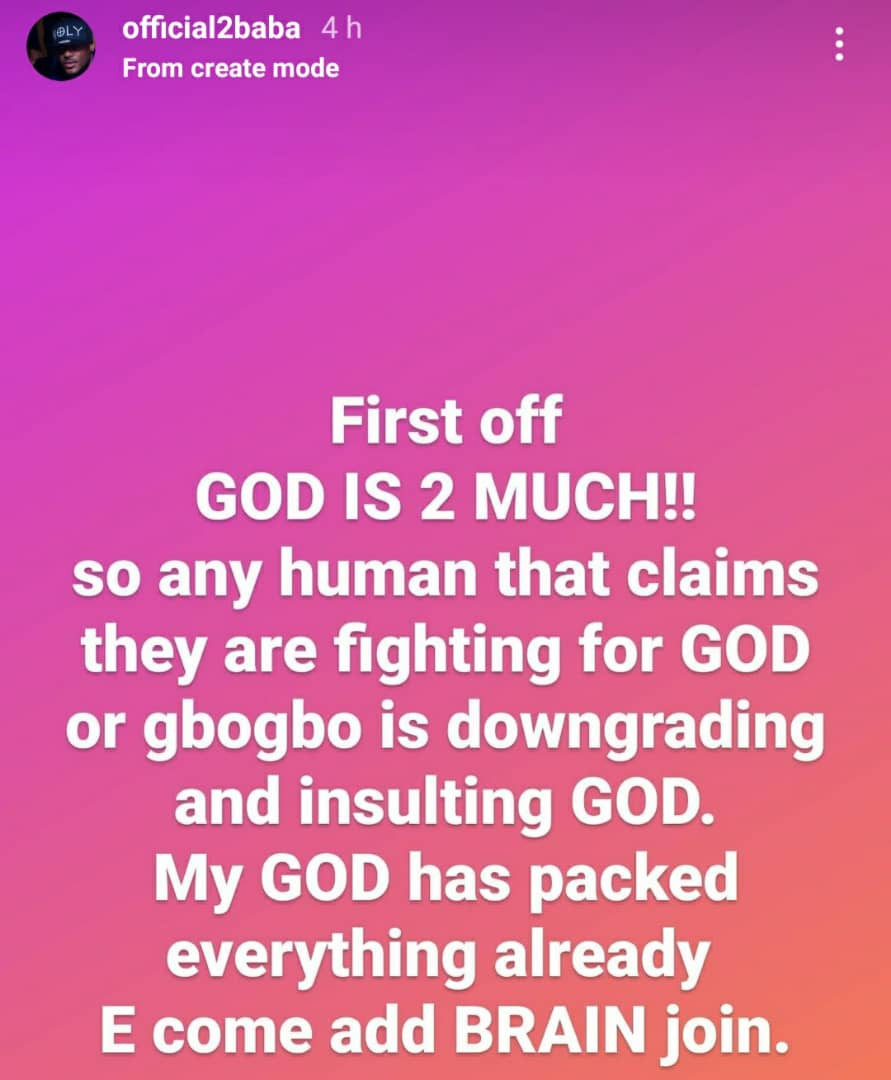 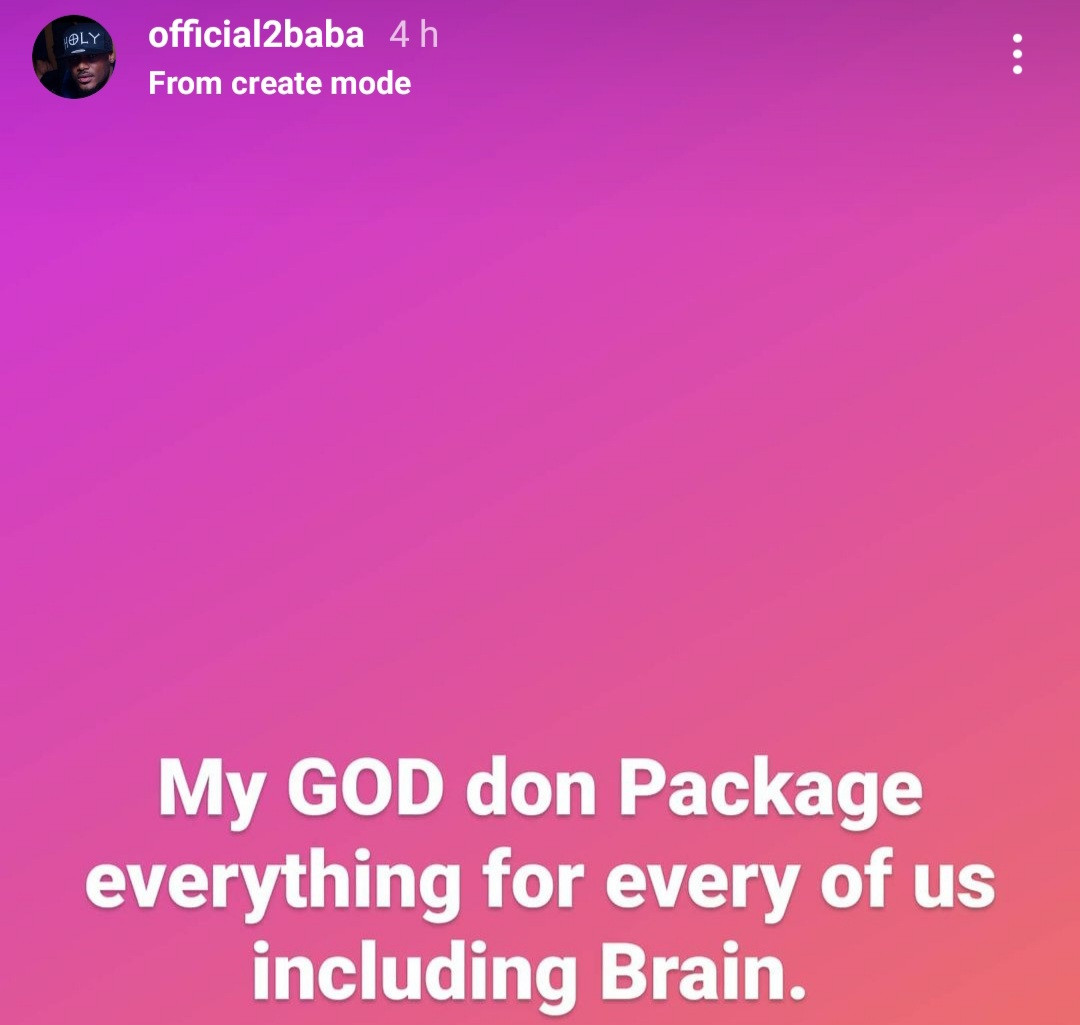 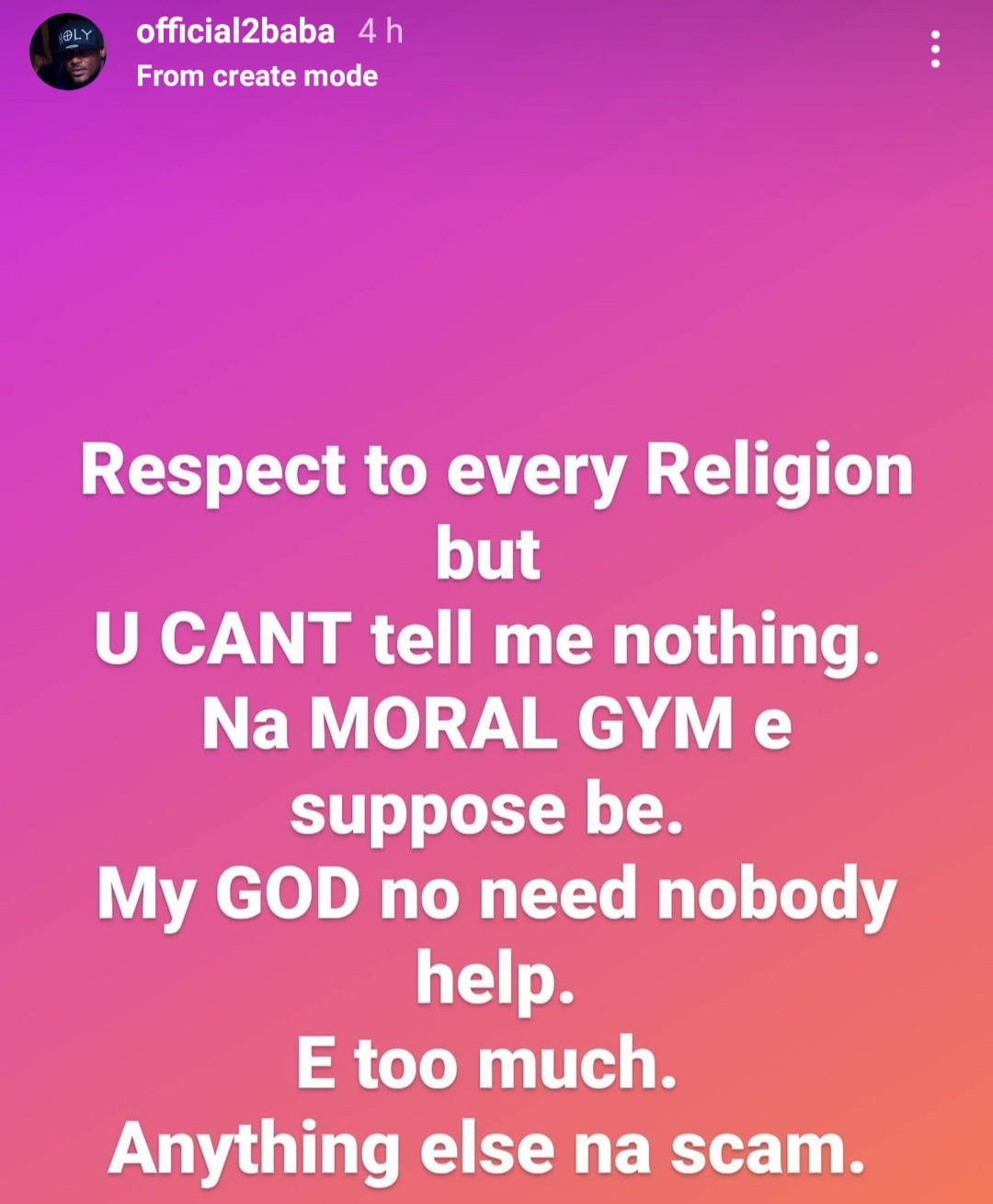 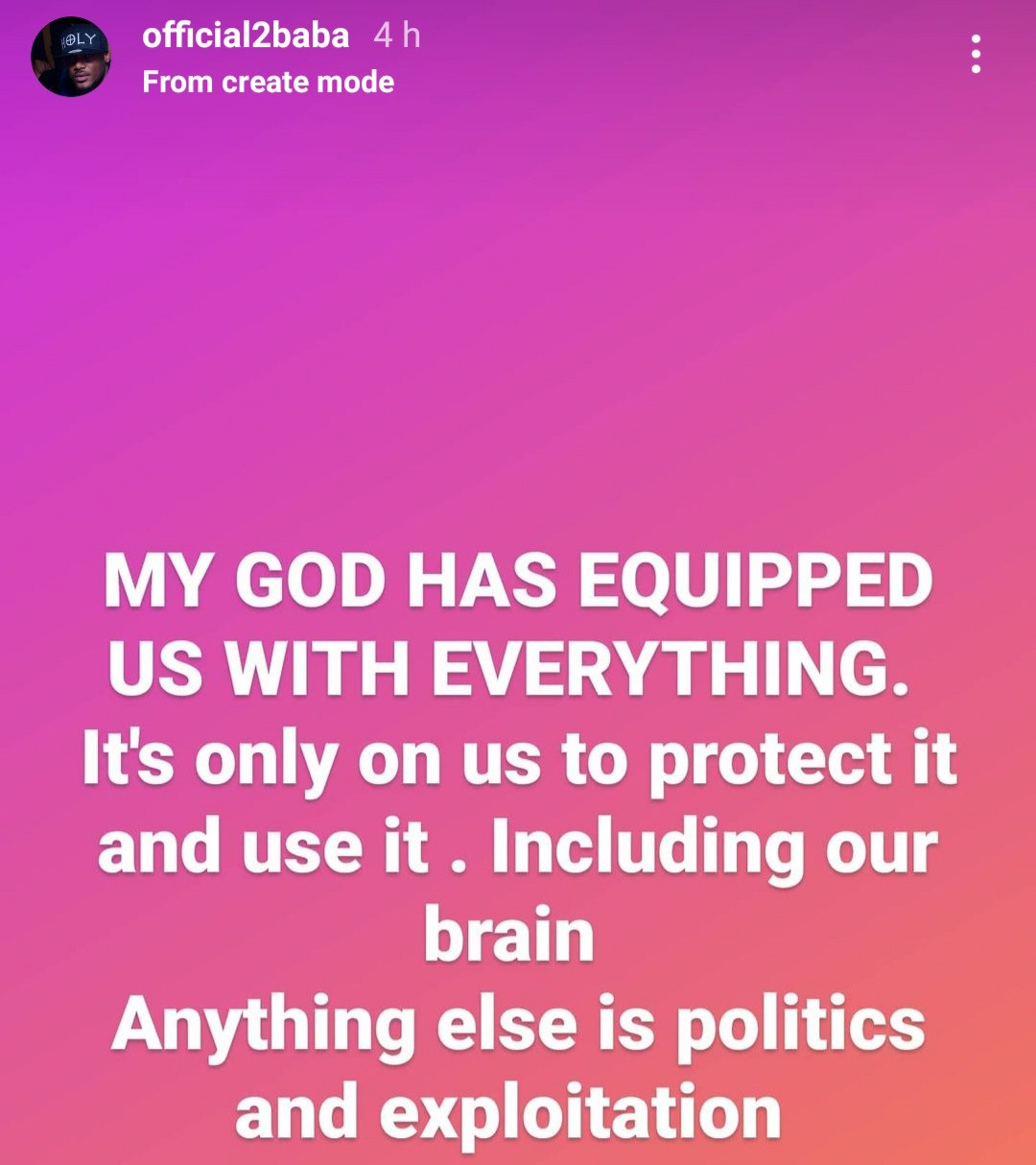 The post Any human that claims they are fighting for God is downgrading and insulting God- 2face Idibia appeared first on Linda Ikeji Blog.