'Woman like no other'' MC Oluomo's son hails Ehi Ogbebor 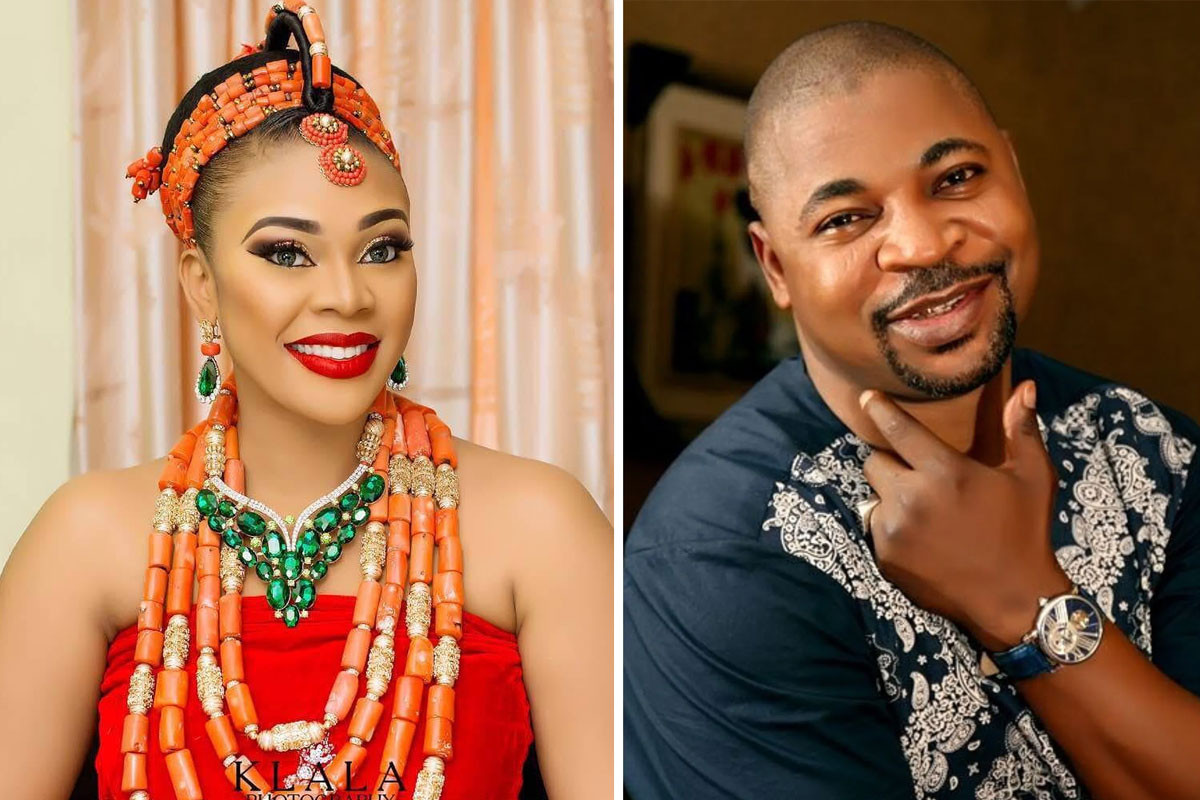 The son of a chairman of the National Union of Road Transport Workers NURTW in Lagos, Musiliu Akinsanya popularly known as MC Oluomo is happy with his father's relationship with interior designer, Ehi Ogbebor. He shared a  photo of Ehi on his Instastories, describing her as ''Woman like no other''. He also posted a ring emoji. See below 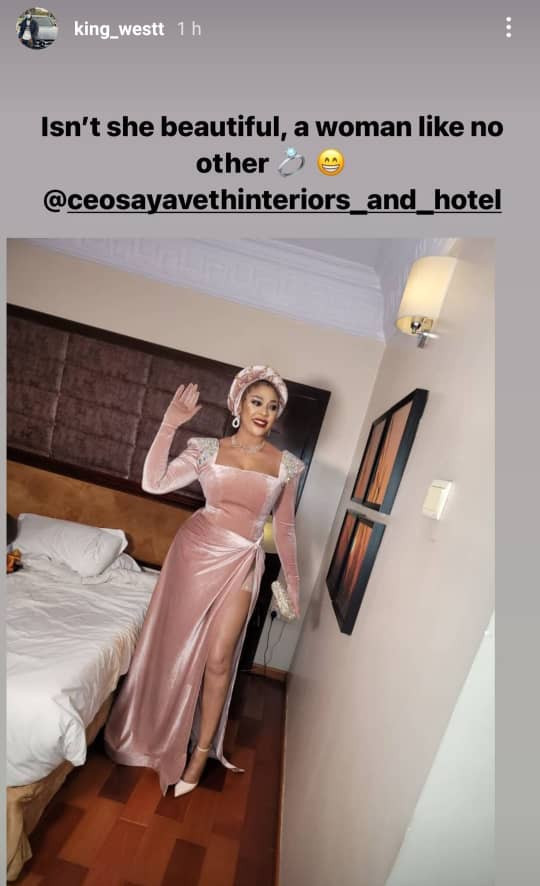