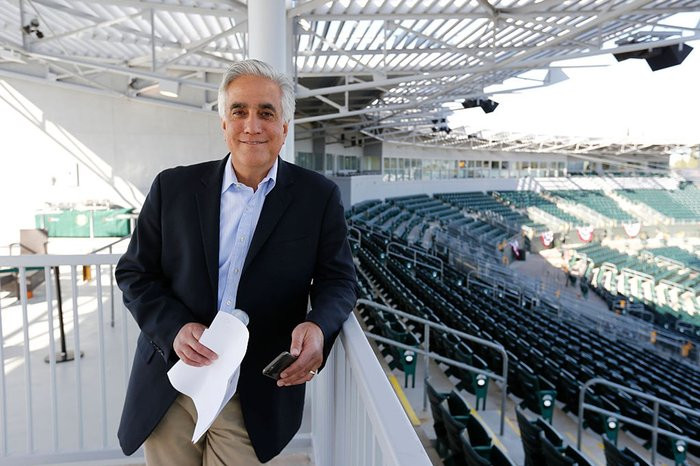 Veteran ESPN SportsCenter reporter, Pedro Gomez died on Sunday, February 7. He was 58. James Pitaro, Chairman, ESPN, and Sports Content confirmed his death in a statement saying, “We are shocked and saddened to learn that our friend and colleague Pedro Gomez has passed away.”He continued, “Pedro was an elite journalist at the highest level and his professional accomplishments are universally recognized. More importantly, Pedro was a kind, dear friend to us all. Our hearts are with Pedro’s family and all who love him at this extraordinarily difficult time.” “Pedro was far more than a media personality. He was a Dad, loving husband, loyal friend, coach and mentor,” the Gomez family said in a statement.“He was our everything and his kids’ biggest believer. He died unexpectedly at home this afternoon.” Gomez started working as a reporter for ESPN in 2003. He served as a correspondent on SportsCenter, Baseball Tonight as well as other studio shows. Prior to ESPN, he worked as a sports columnist and national baseball writer for the Arizona Republic. He also worked at the San Jose Mercury News, reporting on the Oakland A’s, and also worked at the Sacramento Bee. His reporting resume also included Miami Herald, San Diego Union, and the Miami News.  He is survived by his wife Sandra, sons Rio and Dante, and daughter Sierra. Rio is a pitcher in the Red Sox’s organization.The post Veteran sports reporter, Pedro Gomez dies 'suddenly' at 58 appeared first on Linda Ikeji Blog.