There was no sex party in Kaduna - Police witnesses tell court 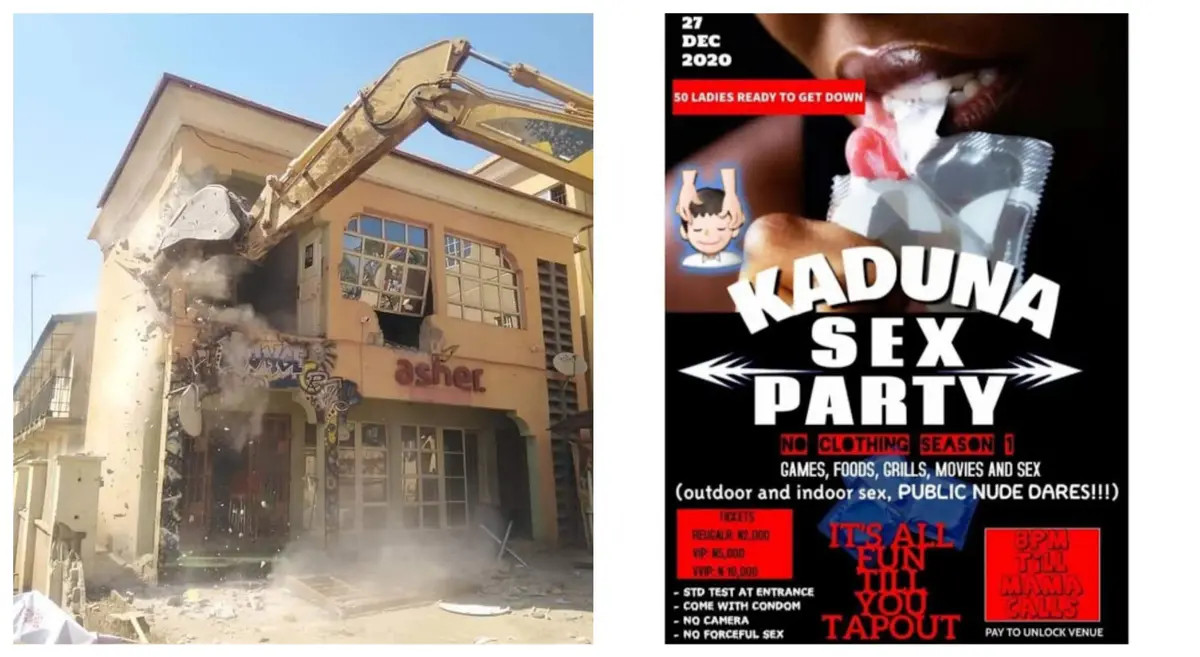 Police witnesses who appeared in court on Monday February 8, have said that there was no sex party at Asher Kings and Queens restaurant and lounge on December 27, 2020. Upon being cross examined, two of the police witnesses who carried out a search operation at Asher Kings and Queens restaurant and lounge gave contradicting evidences of what transpired on the said date but both agreed that there was no sex party. A policeman, Alfa Yahaya, who led the operation to arrest five suspects, told the court that they visited the purported sex party location with two Hilux vehicles and eight personnel of Operation Yaki that were fully armed. Yahaya said;   ” When we got there, we saw crowd of people more than 50 not observing social distancing, not wearing face masks, no provision of hand sanitizers with many of them half naked, drinking and playing loud music who jumped the fence when they sighted the presence of police, we arrested the organizer and the two DJ’s and took them to our station.” I can identify three of the defendant’s that were not half naked and I cannot for the those that were half naked because they jumped through the fence, we did not see any sex party on that day (27th December 2020) and those who jumped through the fence were those not observing social distancing." In a contradicting statement, the second witness, Corporal Ibrahim Adamu who was part of the operation said they visited the restaurant with three Hilux vehicles with 15 armed operatives but did not witness any orgy. Adamu said he was told that there was going to be a special operation by the officer in Charge who sent him a flyer of the said sex party on WhatsApp. He said;  ” The flyer did not carry any venue, then another chat indicated that it was going to be at Asher restaurant and lounge. When we arrested three of the respondent, they wrote their statement which I read to them and we both signed.” We went there with 3 Hilux vehicles with 5 personnel in each of the Hilux and when we got there there was no sex party taking place there. The phone number on the flyer when tracked belonging to one Marvellous Akpan who accepted designing the flyer along with his friends.“He confessed that Asher restaurant has nothing to do with the flyer but I saw the 2nd respondent Abraham Alberah there but properly dressed in caftan”. The suspects arraigned in court were Mr. Abraham Alberah, Umar Rufai and Suleiman Lemona, Chimezie Kenneth accused of organizing the party and Marvellous Akpan who reportedly disseminated the information.  Mr. Sam Stung Esq represented the 2nd, 3rd and 4th respondent while Segun Jimoh represented the 5th respondent. The presiding Judge, Chief Magistrate Benjamin Hassan adjourned the case till 22nd February, 2021 for continuation of hearing while the bail granted the suspects continues. Recall that claim of a sex party holding at Asher restaurant and lounge, led to the demolition of the building by the state government. The post There was no sex party in Kaduna - Police witnesses tell court appeared first on Linda Ikeji Blog.