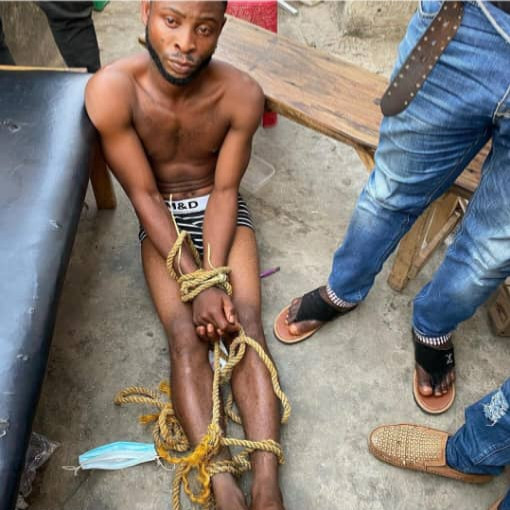 A man accused of stealing N7 million Naira from his former employer and using it to open his own phone shop has been nabbed after two months. The employer, Kola Adesina took to Twitter to share a photo of the man, stripped to his underwear and tied hands and feet after he was caught. Kola said he's been hunting him for two months. The man, named Sunday, has now been handed over to the authorities. 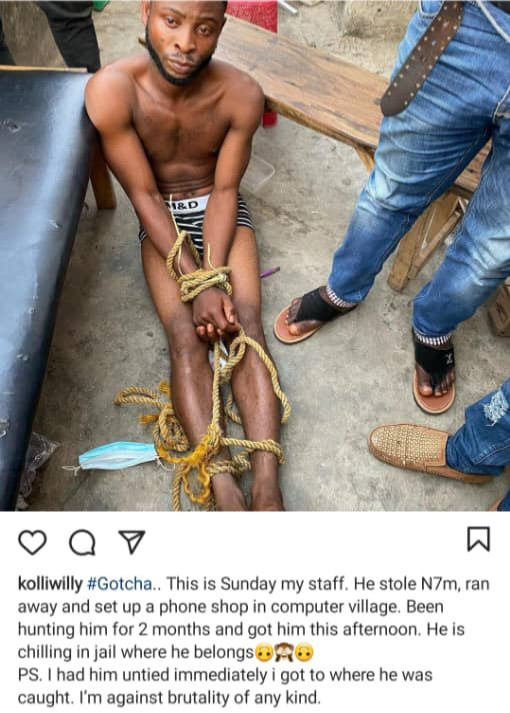