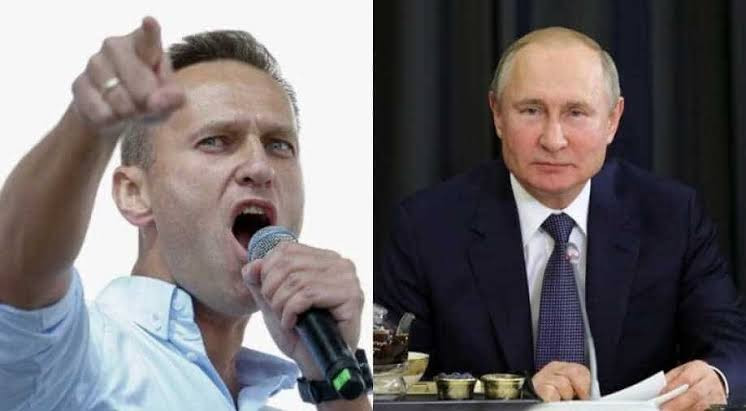 Russia has expelled three diplomats from Germany, Sweden and Poland for joining protests in support of opposition activist Alexei Navalny, who was jailed this week after returning from Germany where he was receiving treatment for nerve agent poisoning.Hundreds of thousands of people took part in protests in support of Putin critic, Alexei Navalny across Russia on 23 and 31 January. Thousands were arrested and jailed. The Russian foreign ministry has now said the three diplomats who were expelled took part in "illegal demonstrations" on 23 January.The diplomats' home countries, Germany, Poland, Sweden including the UK, France and the EU have condemned the expulsions.The expulsions were announced just a few hours after EU foreign affairs chief Josep Borrell met Russian Foreign Minister Sergei Lavrov in Moscow. Sweden said the claim that its diplomat took part in the protest on 23 January was unfounded and said it reserved the right to an appropriate response.Germany denounced the expulsion as being "in no way justified" and said it would not "go unanswered" if Russia did not reconsider.Poland said the expulsion could lead to the "further deepening of the crisis in bilateral relations".Borrell, speaking on behalf of the EU, said he "strongly condemned the expulsion and rejected the allegations that they conducted activities incompatible with their status as foreign diplomats".Lavrov, Russia's foreign minister in response said any European sanctions over Mr Navalny's treatment would be illegitimate.Both Germany and Poland said they had summoned their respective Russian ambassadors and could possibly send Russian diplomats home. Navalny, 44, who has campaigned against corruption and Putin since 2011, has been jailed for three-and-a-half years for a violation of the terms of a suspended sentence for fraud in 2014.    The post Russia expels European diplomats for joining nationwide protests against opposition activist Alexei Navalny's arrest appeared first on Linda Ikeji Blog.