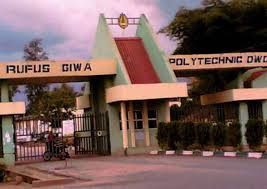 A yet-to-be-identified student of the Rufus Giwa Polytechnic, in Owo, Ondo State, was macheted to death by some unknown persons on Wednesday, February 10. Confirming the incident to newsmen, the public relations officer of the institution, Samuel Ojo, said the reason for the attack is yet to be ascertained.  Ojo dismissed rumours that the killing might be connected with the Student Union Government elections which is holding this week. He said there was no evidence to back up the claims that the killing is connected with the SUG elections and that the killing happened outside the polytechnic campus. Ojo added that an official statement on the incident will be released later.The post Rufus Giwa Polytechnic student macheted to death appeared first on Linda Ikeji Blog.