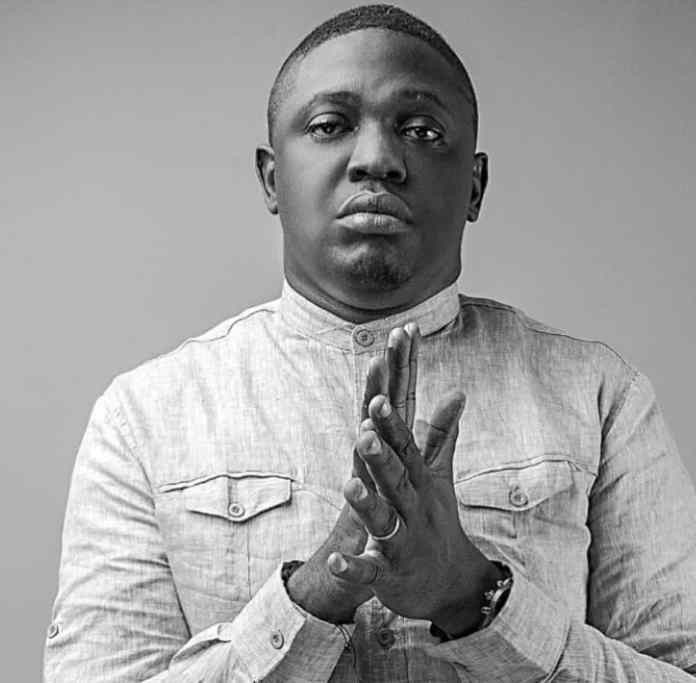 Rapper Illbliss has taken to Twitter to lament over the segregation among Igbos in the country.  Illbliss who advised Igbos to rally around each other and show each other genuine love and support devoid of state of origin, stated that the seed of discord is sown when people segregate.  He tweeted;  DONT You know they call us Wawa people? Keep away from him. He is not to be trusted. Imo and anambra people are dangerous. They almost stole our state. They think they are better than us. >>> Seeds of discord sown in so many. So much for being one igboHad a friend growing up in enugu. We were close. He is from enugu state and I from imo although I was born and raised in enugu. One day I overheard his father (a man I had so much respect for) saying to him..." why are you friends with this boy?" Don't you knw they hate us?Nigerians unite when their national pride and dominance is threatened. Fela has to top that list and we ensure he tops that list. So much for ethnic divides and tribal sentiments. Thats how leadership keeps us distracted. Apply this to everything you doEveryone can do with a bit of kindness and encouraging sincere and truthful words. Be nice to people. Genuinely!BOTTOM LINE... lets always see the big picture regarding being IGBO. Rally around each other as much as we can and show each other genuine love and support devoid of our states of origin. also share that love with every one else from other tribes. there is greater love in that 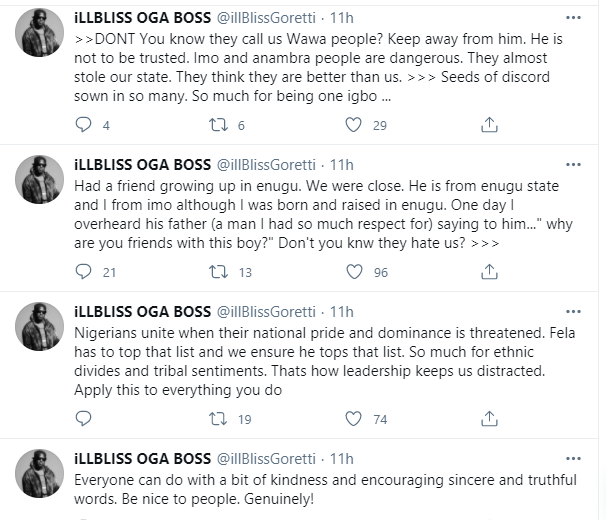