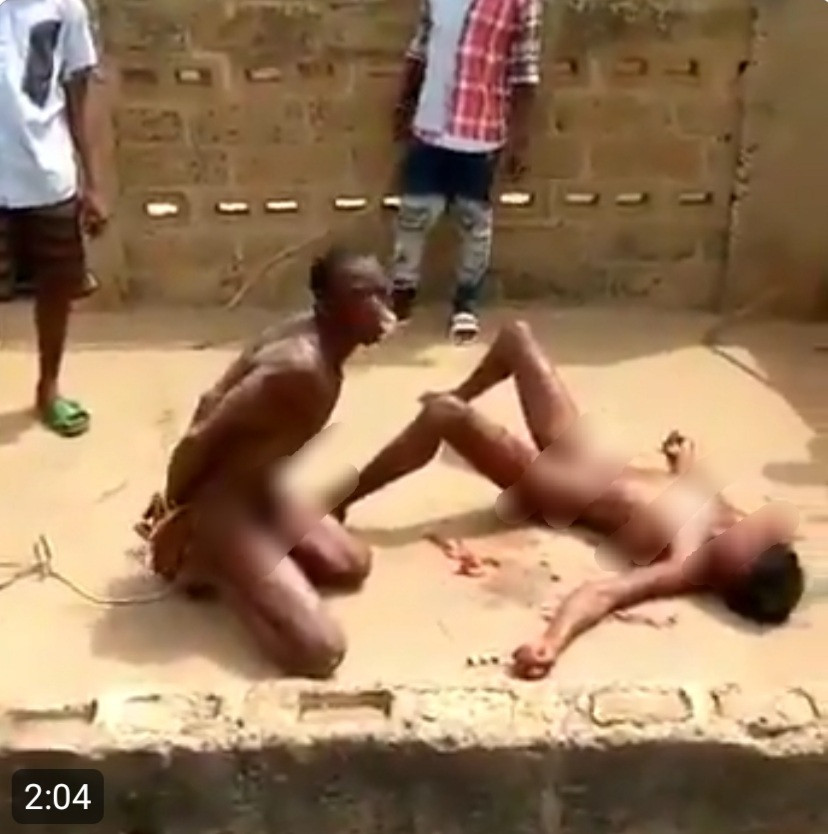 The police has arrested the naked man accused of raping and plucking out the eyes of a woman in Ondo State. Footage shared online shows a mob beating the man while his victim lay weak on the floor in Oluwatuyi, Akure, Ondo state (read here). It took the intervention of policemen to prevent the mob from killing the alleged rapist. The Public Relations Officer of the Ondo State Police Command, ASP Tee-Leo Ikoro, confirmed the incident on Wednesday, Feb 3. He added that the alleged rapist and his victim have been admitted to the Police Hospital in Akure for treatment.The post Police arrest man accused of raping woman and plucking out her eyes in Ondo appeared first on Linda Ikeji Blog.