#OccupyLekkiTollGate: We condemn any act of brutality on the part of the police, the Commissioner of Police will be asked to give account of what happened - LASG 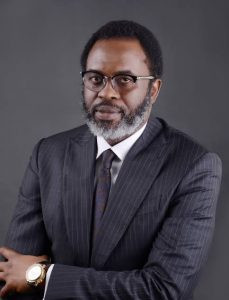 The Lagos State Government has said that the state Commissioner of Police will be asked to give an account of what happened at Lekki Toll Gate, venue for the planned #OccupyLekkiTollGate protests on February 13. The State Commissioner for Justice, Moyosore Onigbanjo said this while reacting to reports of some of the arrested protesters being dehumanized and assaulted by the police.  Onigbanjo who cited breach of COVID-19 protocols and fear that the exercise could go out of hand as part of the offences of those arrested in an interview on Channels Television, maintained that government has no problem with residents exercising their fundamental rights to freedom of expression or participation in peaceful protests.  He added that if the action of the protesters is seen to result in a breakdown of law and order, then that is where a crime is being committed. The commissioner also averred that the state government is not that gives orders of arrest as the police is a legal entity of its own.  Onigbanjo said;  “We cannot afford the sort of vandalism we saw before.  The Nigerian police force is a legal entity of its own, with its own processes.“But the role of the police stops when it comes to prosecution.The state government will ask the CP to give an account of what happened. “Your right to protest only extends to where the other person’s right to his own freedom of association and movement starts. “We condemn any act of brutality and dehumanisation on the part of the police or anybody for that matter. There are three ways to address this. Firstly, is for the commissioner of police himself to set up what is known as an orderly room trial.“Secondly, if investigation reveals that any police officer abused their authority, and these facts are sent to the DPP’s office, and the DPP says that the policeman or woman has a case to answer, appropriate charges will be filed.“The third leg of it, even these citizens who claimed that they were brutalised also have the option to sue the police to court for this act which they alleged. " He further defended the state government, saying that the ideally, arrests made on weekends don’t get to be brought to court until Monday, but in the case of those arrested, a mobile court was set up immediately and the arrested youths were allowed bail and released later that same day. The commissioner added;  “In Nigeria, if you are arrested on a Friday, you are probably going to end up in a police station or whatever detention till the next week, but we made sure that the court sat late on Saturday to ensure that people that were arrested were released to go home.“I think that in itself showed the intention of the state government to ensure that rights are protected on both sides. The state government is there for people who support it and people who don’t support it. We are bound by the law and we ensure that the law is carried out to the latter.“It could have been very easy to say court will not sit till Monday, but we did not do that. We chose to get a magistrate there through the mobile court. We chose to get prosecutors there, and they were granted bail and all of them released. It is another thing that could have happened. They could have been granted bail and they say, ‘it is a Saturday evening, the paper work cannot be concluded till Monday.’“But that didn’t happen, because we’re hellbent on ensuring that nobody’s right is trampled upon.” The post #OccupyLekkiTollGate: We condemn any act of brutality on the part of the police, the Commissioner of Police will be asked to give account of what happened - LASG appeared first on Linda Ikeji Blog.