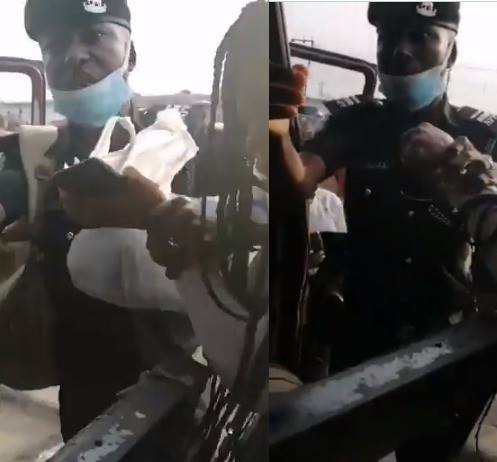 A Twitter user has shared the story of some police officers who allegedly attempted to arrest them for tongue-lashing men of the police force who arrested #OccupyLekkiTollgate protesters. One of the ladies @Stargious, wrote''This happened today, a police officer said we were insulting him earlier this evening because we were talking about the protests and how @mrmacaronii and others have been treated badly by the @PoliceNG.We didn't even realize he was on the same bus till my friend got down and he Held her and said we would have to come down and follow him to the station for just talking (since when did they take away our freedom of speech?) This man called other police officers standing at the Maryland busstop and they all came around to further harass us.He was going to break my phone so I stopped recording, nd we literally had 2 apologize for talking. In Nigeria, we had to apologize for just talking about the #EndSARS and #EndBadGovernanceInNigeria protest, we were not even actively involved o. May God strengthen all Nigerians.I'm sorry I didn't mention earlier that the bystanders were actually the ones who started begging all the police officers on our behalf and also stopped them from taking the 3 of us to the cell tonight. Also they were more than 10 officers there..he wasn't alone.'' 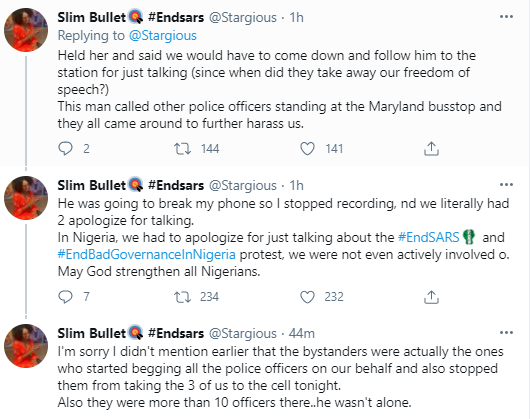