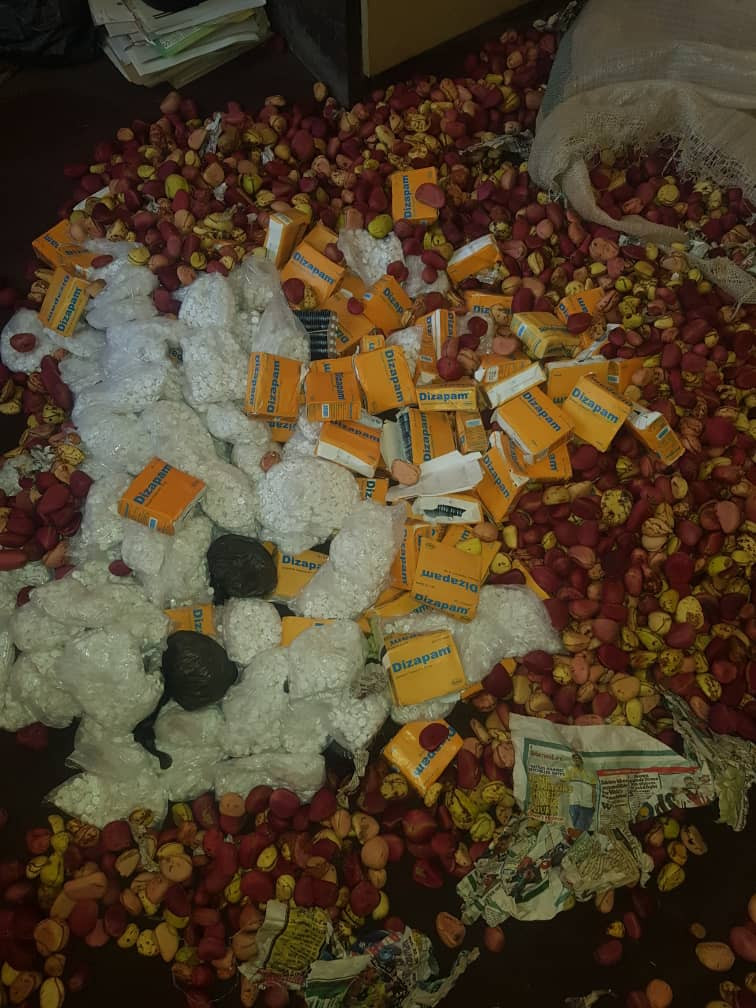 The operatives of the National Drug Law Enforcement Agency (NDLEA) in Kastina have intercepted a large quantity of Excol and Diazepam drugs concealed inside sacks of Kola nut in Ingawa local government area of Kastina State.NDLEA Commander in the state, Sule Momodu, disclosed this to newsmen on Monday, February 1. He said the suspect, Abubakar Illiasu, 36, is an Indigene of Damtsi village of Ingawa LGA of the state and was intercepted by operatives of the NDLEA  at a stop and search exercise. The NDLEA boss said the seized items were despatched from Imo state, carefully packed in Kola nut sack bags and heading to Ingawa inside a commercial bus. The D5 and Diazpam illicit drugs are believed to be used by bandits, militia or Boko Haram terrorists to aid them in carrying out their heinous act unperturbed. The NDLEA commandant expressed its command determination to rid the state of drug abuse and trafficking and also urged the residents to always avail his command with intelligence reports.The post NDLEA intercepts large quantity of EXCOL and Diazepam drugs concealed inside sacks of Kola nut appeared first on Linda Ikeji Blog.