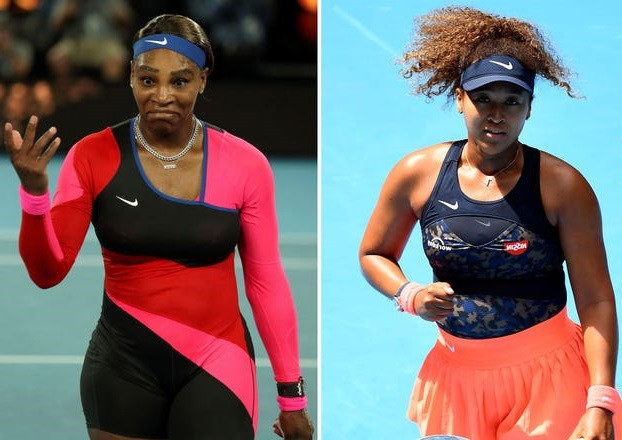 Naomi Osaka has just defeated Serena Williams to deny her a shot at record-tying 24th Grand Slam singles title at the 2021 Australian Open.  The Japanese tennis star, 23, defeated her American opponent, 39, 6-3, 6-4 in the Australian Open semifinals at Rod Laver Arena on Thursday morning, February 18.  Osaka, who also beat Williams in the 2018 US Open final, has now reached her fourth major title match and stretched her winning streak to 20 matches by claiming the last eight points. "I don't know if there's any little kids out here today, but I was a little kid watching her play," Osaka, 23, said about Williams, 39, "and just to be on the court playing against her, for me, is a dream." No. 3-seed Osaka will face either No. 25 seed Karolina Muchova or 22nd-seeded American Jennifer Brady in the final. "I could have won. I could have been up 5-love," said Williams, who instead took a 2-0 lead at the outset before dropping the next five games. "I just made so many errors." "Too many mistakes there," she said. "Easy mistakes." After winning her professional era-record 23rd Slam singles trophy at Melbourne Park while pregnant in 2017, Williams reached four major finals but lost them all. She also now has lost in major semifinals twice in that span.  When asked in a post-match news conference if the gesture meant farewell. Williams said: "I don't know. If I ever say farewell, I wouldn't tell anyone, so," she said. In a message to her fans after her loss, she wrote: "Melbourne and my Australian fans- Today was not ideal outcome or performance but it happens... I am so honored to be able to play in front of you all. Your support -your cheers, I only wish I could have done better for you today. I am forever in debt and grateful to each and everyone single one of you. I love you. I love you. I love you. I adore you." 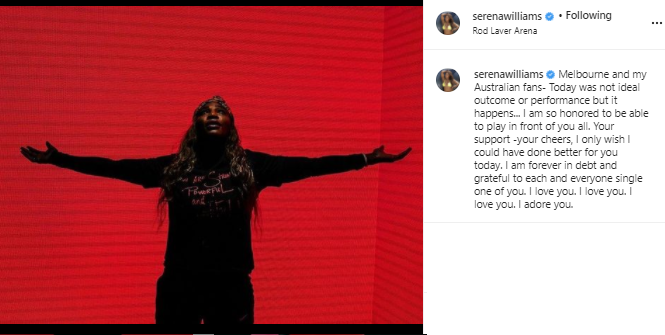