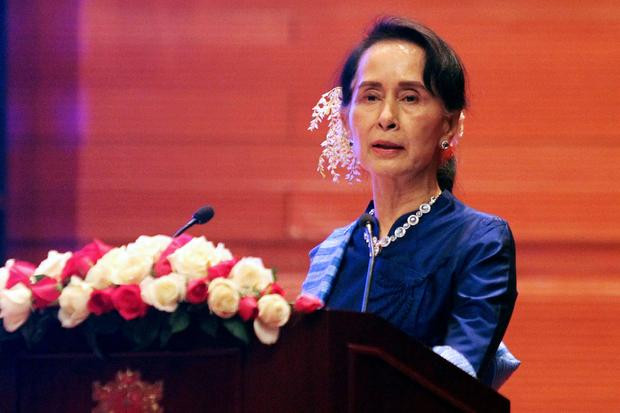 Myanmar's military has detained the country's leader Aung San Suu Kyi along with other leaders of her National League for Democracy (NLD) party in an apparent coup. A presenter on military-owned Myawaddy TV announced the takeover on Monday February 1 and cited a section of the military-drafted constitution that allows the military to take control in times of national emergency. The presenter said the army carried out the detentions in response to “election fraud” in last November’s poll and its failure to postpone the election because of the coronavirus crisis, handing power to military chief Min Aung Hlaing and imposing a state of emergency for one year, according to a statement on a military-owned television station.The announcement and the declaration of a state of emergency follows days of concern about the threat of a military coup and military denials that it would stage one. Suu Kyi's National League for Democracy released a statement on the Facebook page of its party head saying the military’s actions were unjustified and went against the constitution and the will of voters. The statement urged people to oppose Monday’s “coup” and any return to “military dictatorship.”Myo Nyunt, the spokesman for the NLD, said Suu Kyi, a state counselor and Nobel Peace Prize laureate, along with President Win Myint, had been 'detained' in the capital Naypyidaw.'We heard they were taken by the military,' he told AFP, adding that he was extremely worried about the pair. With the situation we see happening now, we have to assume that the military is staging a coup.'The White House said President Biden had been briefed about the situation and called upon the Myanmar military to release the leaders. 'The United States opposes any attempt to alter the outcome of recent elections or impede Myanmar's democratic transition, and will take action against those responsible if these steps are not reversed,' the White House said in a statement.U.N. Secretary-General Antonio Guterres condemned the detention of Suu Kyi and other political leaders and “urges the military leadership to respect the will of the people of Myanmar,” a U.N. spokesman said.The Australian government said it was “deeply concerned at reports the Myanmar military is once again seeking to seize control of Myanmar”.The post Myanmar military takes control after detaining leader, Aung San Suu Kyi and other key government figures appeared first on Linda Ikeji Blog.