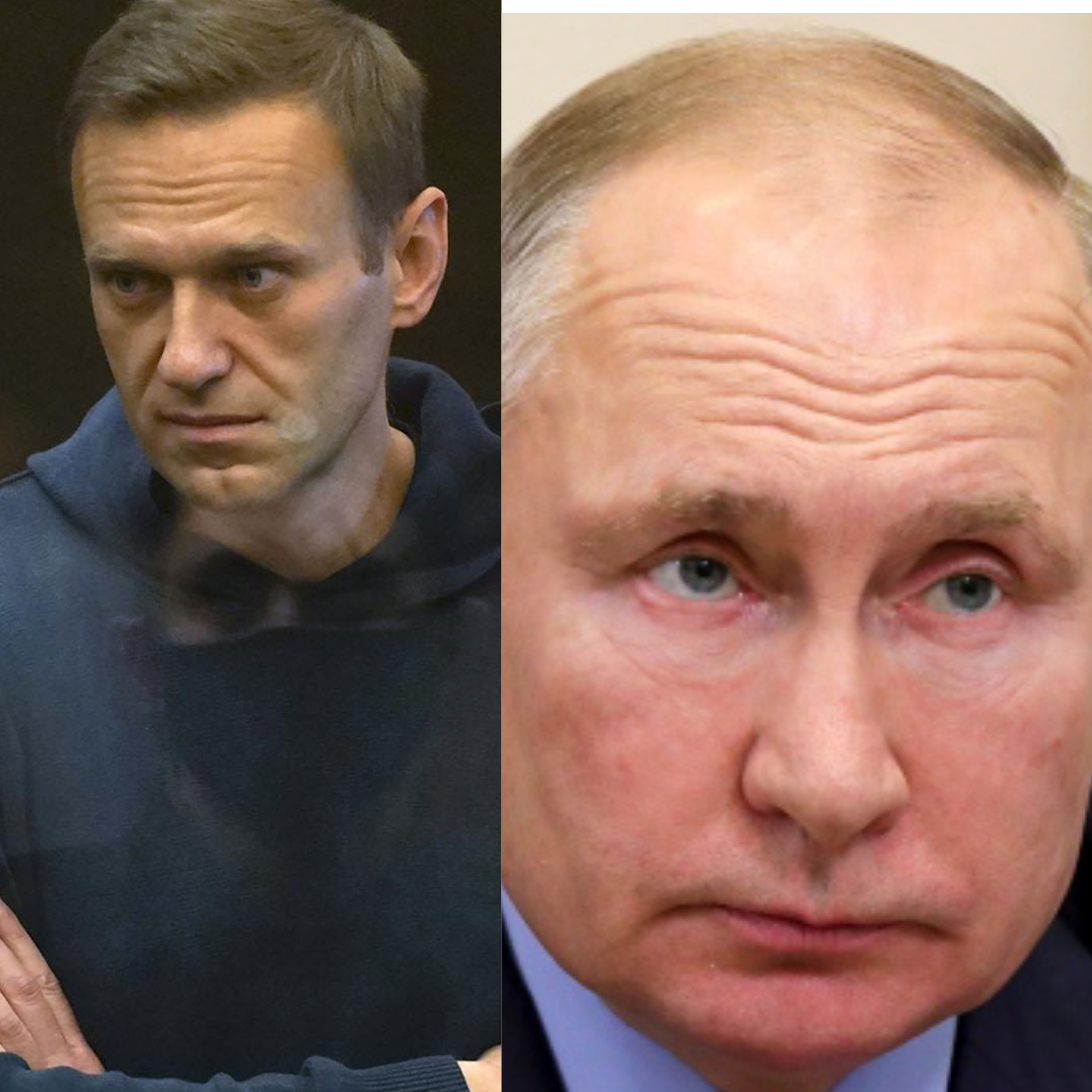 Russian political activist, Alexey Navalny has labelled Russia's president, Vladimir Putin as "Putin the poisoner." after a Moscow court on Tuesday, February 2, sentenced him to prison for more than two and a half for breaking his parole conditions by going to Germany to recover after he was posioned by a lethal never agent. 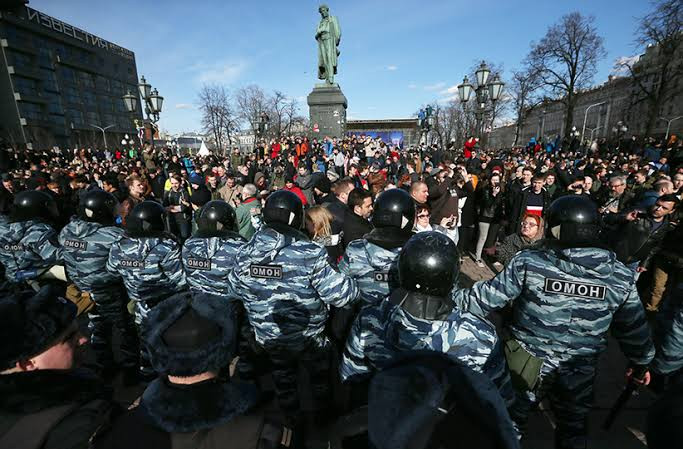 Tuesday's hearing happened under a heavy security presence, with riot police securing the court building and cordoning off the general area with police vehicles, trucks and vans. 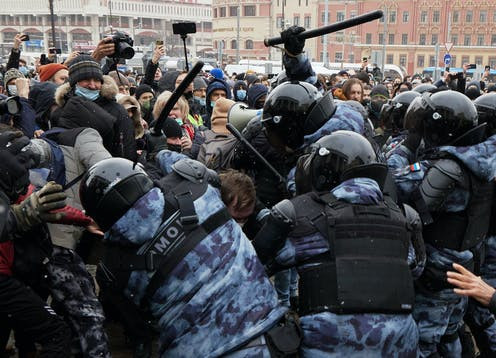 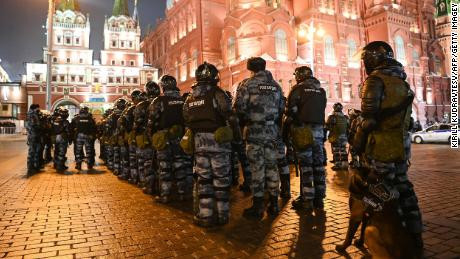 Police reportedly detained up to 360 of Navalny's supporters outside the court before the hearing had begun. 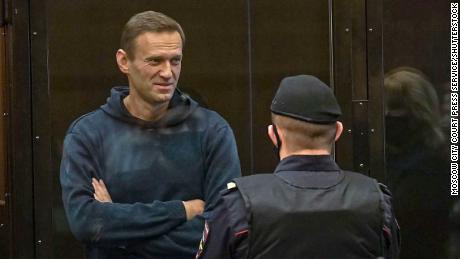 Since Navalny was arrested last week after coming back to Russia, following months of ICU treatment in Germany after he was allegedly poisoned by the Russian state, there have been mass protests in Russia, as tens of thousands of Russians have demanded the activist's release. Navalny blames the Novichok nerve agent attack on Russian security services and on President Vladimir Putin himself, with the EU agreeing that Navalny's underpants were poisoned.  The Kremlin has repeatedly denied any involvement in Navalny's poisoning with Putin  saying in December 2020 that if Russian security services had wanted to kill Navalny, they "would have finished" the job. 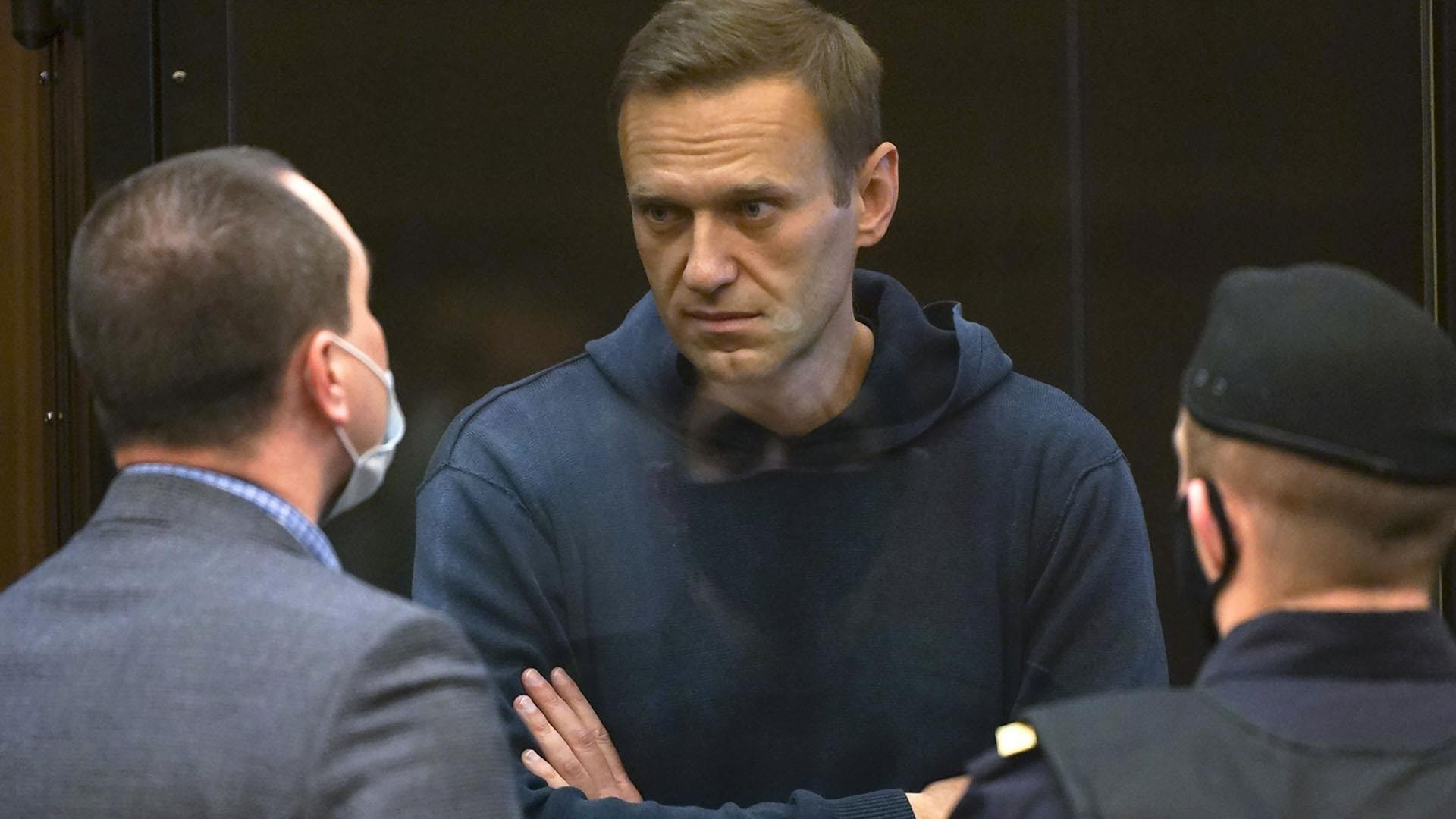 The Russian court on Tuesday Tuesday February 1, ruled that while Navalny was out of the country, he violated probation from a 2014 embezzlement case in which he had received a three-and-a-half year suspended sentence and five years of probation. The judge took into account the 11 months Navalny had already spent under house arrest as part of the decision.  Reacting to the court ruling, Navalny's team released a statement saying;"This is Vladimir Putin's personal revenge. For investigating corruption. For having survived after poisoning. For exposing the FSB killers. For not being scared and returning to Russia," the team said on Twitter. US Secretary of State Tony Blinken called on the Russian government to "immediately and unconditionally release" Navalny. During the court hearing Navalny blasted the judge and prosecutors, ridiculing allegations that he could have informed parole officers of his whereabouts even when he was in coma."Can you explain to me how else I was supposed to fulfill the terms of my probation and notify where I am?" Navalny said to the judge.A prison service representative responded by asking why he had not provided documents to explain why he wasn't available for inspections "Coma?" Navalny shot back. "Why are you sitting here and telling the court you didn't know where I was? I fell into a coma, then I was in the ICU, then in rehabilitation. I contacted my lawyer to send you a notice. You had the address, my contact details. What else could I have done to inform you?" he said."The President of our country said live on air he let me go to get treatment in Germany and you didn't know that too?" Then in a bold move, Navalny described Putin as a "little thieving man in his bunker" who "doesn't want me to set foot on the ground in Russia.""The reason for this is the hatred and fear of one person who is hiding in the bunker. I've offended him so deeply by the fact that I've survived," Navalny charged. When a prosecutor tried to object, Navalny snapped back: "I don't need your objections.""He can pretend he is this big politician, the world leader, but now my main offense to him is that he will go down in history as Putin the Poisoner. There was Alexander the Liberator and Yaroslav the Wise, and there will be Vladimir the Poisoner of Underpants," Navalny added."He is not engaging in geopolitics, he holds meetings on how to smear underwear with chemical weapons." In December, a CNN-Bellingcat investigation implicated the Russian Security Service (FSB) in Navalny's poisoning. Also, Navalny deceived one of the FSB agents into revealing that he was poisoned with the nerve agent Novichok applied to his underwear.The post "My main offense to him is that he will go down in history as Putin the Poisoner' - Alexey Navalny says as he is handed new two and half year jail term appeared first on Linda Ikeji Blog.