Must watch! Ciara and Russell Wilsonâ€™s couplesâ€™ quiz will melt your heart (video) 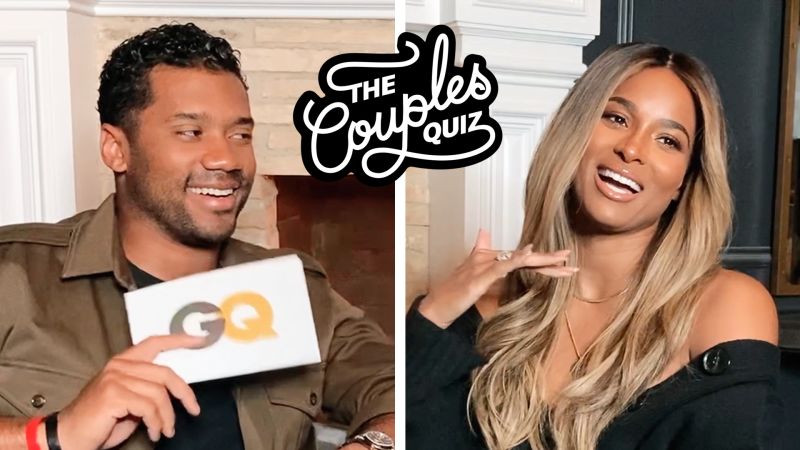 Ciara and her husband Russell Wilson, who are the March cover stars for GQ's Magazine, sat down for a couples' quiz, by asking each other 33 questions, and the cute moment is melting hearts.  In a new video for GQ, the "Level Up" singer and the Seattle Seahawks quarterback, who both got married in 2016 tested one another's knowledge about themselves. Ciara kicked off the show, by asking her husband where the pair had their first date and he responded "The Georgian Hotel in Santa Monica." "There's a little corner spot we sat at," said Russell. "I actually took you there recently for our anniversary. That was our first little date, and it was the best day of my life because I knew you were going to be the one."  When it came time for Russell to ask his questions, he asked his wife, "What is my biggest fear?"  She replied, "Not being prepared," before Russell said that there is one thing even bigger than that. The singer then said "Losing Ciara," to which he responded, "Yes, losing you." Watch the video below.      View this post on Instagram           A post shared by Lindaikejiblog (@lindaikejiblogofficial)The post Must watch! Ciara and Russell Wilsons couples quiz will melt your heart (video) appeared first on Linda Ikeji Blog.