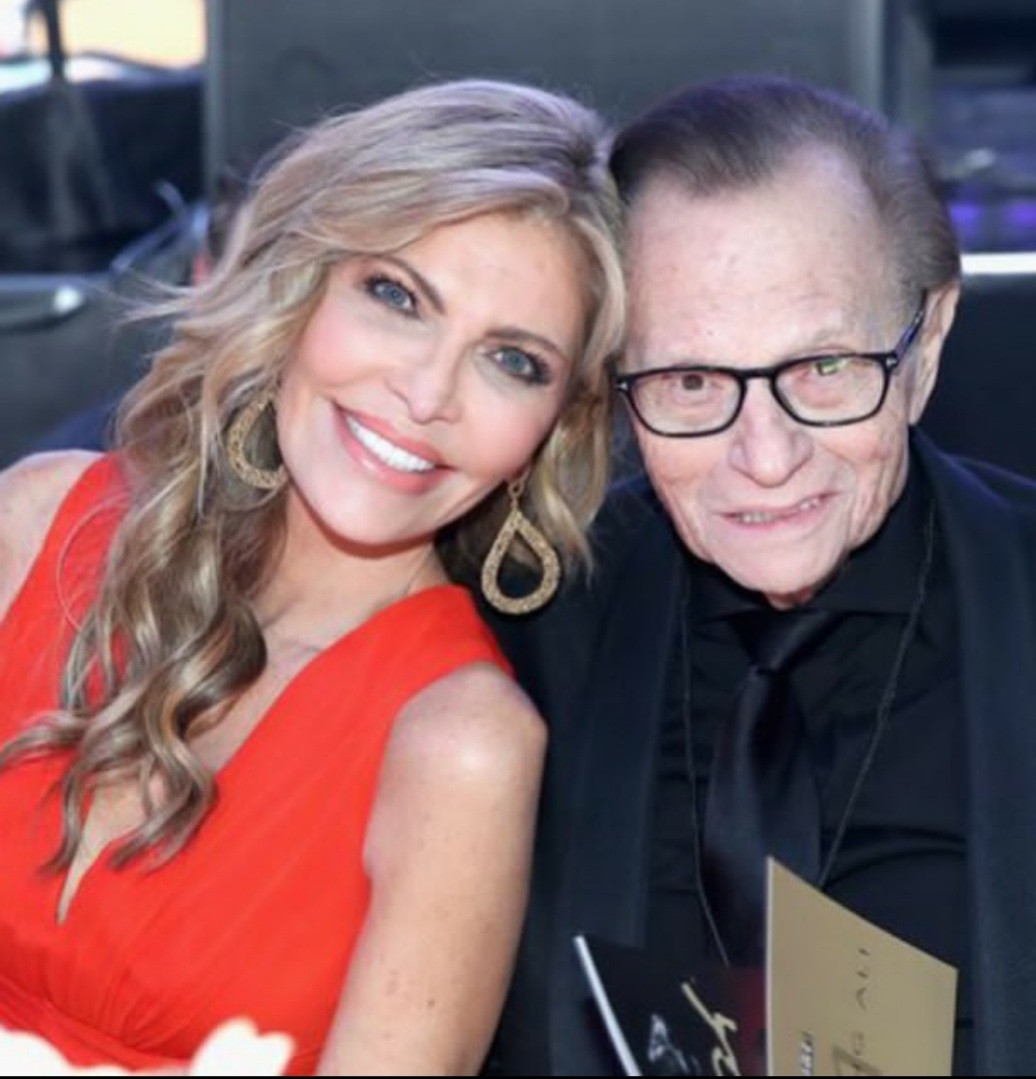 Larry King’s widow, Shawn King is contesting a handwritten amended will written by the late talk show host and has gone to court to challenge Larry King Jr.’s move to become a special administrator of the estate. Shawn Southwick King, 61, who was married to Larry King since 1997, is contesting the 2019 will, the Los Angeles Times reported. The document, known as a holographic will, left the radio and television talk show host’s estimated $2 million estate to his five children, the newspaper reported. His children are Larry King Jr. and his two sons with Shawn King: Chance King, 21, and Cannon King, 20. Two of his children from his marriage to his third wife, Alene Akins, died within three weeks of each other in 2020, Us magazine reported. Andy King, 65, died July 28, 2020, from an apparent heart attack, while Chaia King, 51 died Aug. 19, 2020, after battling lung cancer, the magazine reported. Larry King’s document was dated Oct. 17, 2019 - before the death of two of his sons - and was submitted in Los Angeles Superior Court on Feb. 10, 2021 by King Jr. 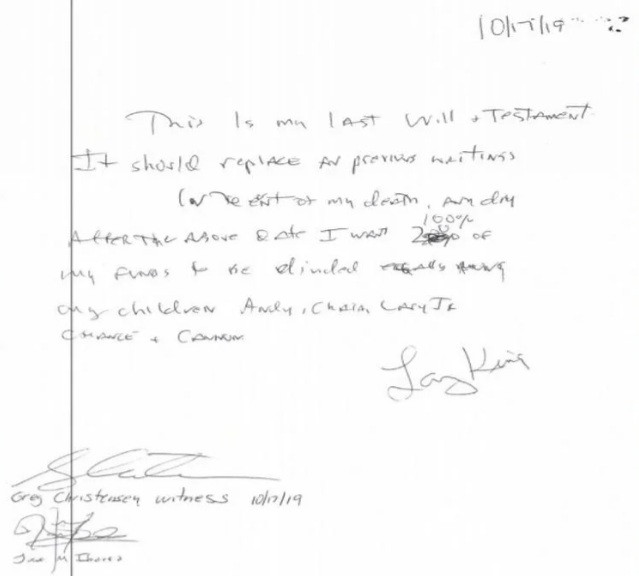 Larry King Sr. had filed for divorce from Shawn, his seventh wife, but the divorce was never finalized. Contesting the 2019 will, Shawn King claimed that the handwritten will was not sufficient to replace Larry King’s 2015 will, which named her as executor of his estate, Entertainment Tonight reported. The 2015 will also named Shawn King as the sole trustee of the King Family Trust, an estate planning trust in charge of King’s name and likeness rights, as well as the sole shareholder of King’s companies, LK Productions and Larry King Enterprises, Inc., the website reported. “During the term of the marriage Shawn was actively involved in Larry’s career and businesses, was a partner in many of them, and continued in that role up to Larry’s death, and currently,” Shawn King’s attorney’s wrote in Tuesday’s court filing. “Shawn is the one with the most knowledge of Larry’s businesses, assets and wishes.” In the amended will, Larry King wrote, “This is my Last Will & Testament. It should replace all previous writings. “In the event of my death, any day after the above date I want 100% of my funds to be divided equally among my children Andy, Chaia, Larry Jr., Chance and Cannon.” The emergency petition filed by King Jr. said that his father and Shawn King “were actively involved in ongoing dissolution proceedings” and “were residing separately from each other since 2019, and were living separate and apart at the time of Mr. King’s death,” the Times reported. King Jr. said that under the California Probate Code, those situations gave him “a clear statutory priority” over Shawn King to act as the special administrator in the estate, according to the newspaper. Shawn King countered with an objection and asked the court to deny admission of the holographic will, according to court documents. “Larry was not pushing the divorce and was generally nonresponsive and refused to participate in the divorce proceeding,” Shawn King’s attorneys wrote in the objection. “He gave no indication that he actually wanted to pursue divorce (other than the initial filing of the Petition for Dissolution). Although entitled to seek trial preference because of his age, he did not avail himself of this option, and allowed the dissolution proceeding, which was filed in August 2019, to languish.”The post Larry King's widow, Shawn King contests his amended will appeared first on Linda Ikeji Blog.