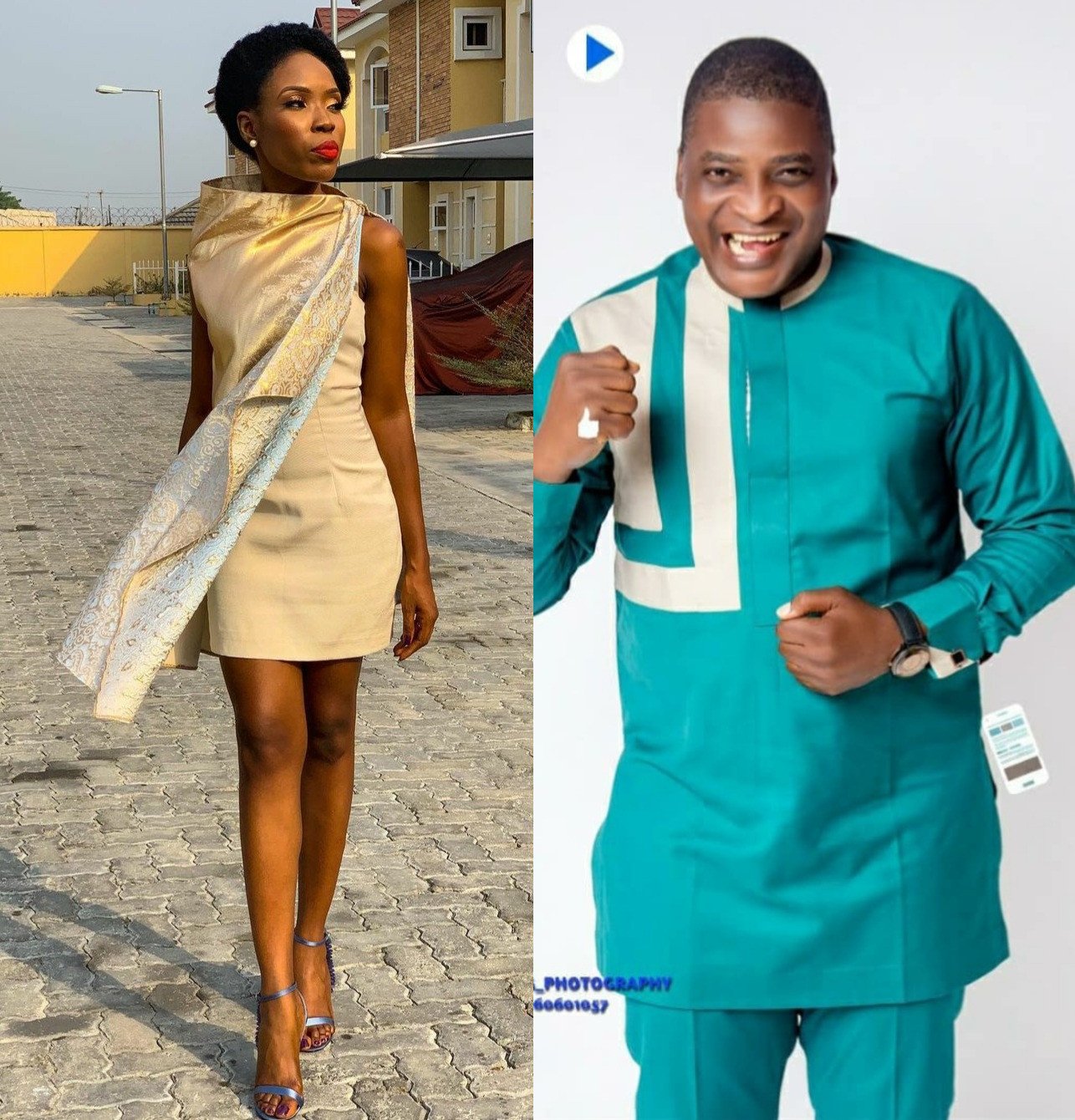 Lala Akindoju and others have slammed actor Femi Durojaiye for demanding money from up-and-coming actors to give them roles in his movie projects. Femi took to his Instagram account to ask interested actors and actresses to start their career by joining his movie projects. He asked them to pay 35,000 Naira to participate and once payment has been confirmed they will be added to a "working group to start shooting". 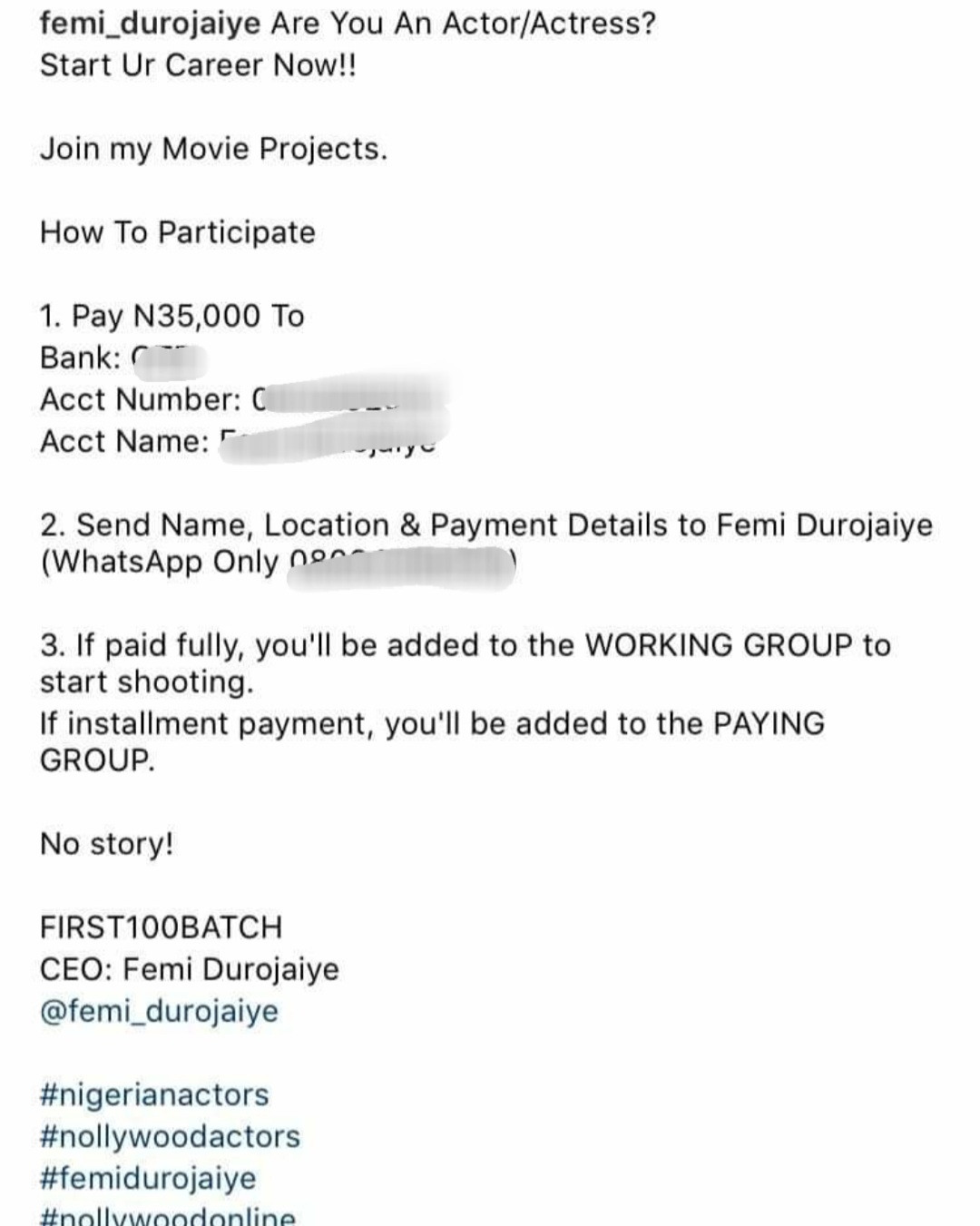 Actress Lala slammed him for this and told young actors and actresses not to fall for it. She added: "Nobody should collect money from you in exchange for a role. It is robbery and it wrong. Run!!!" 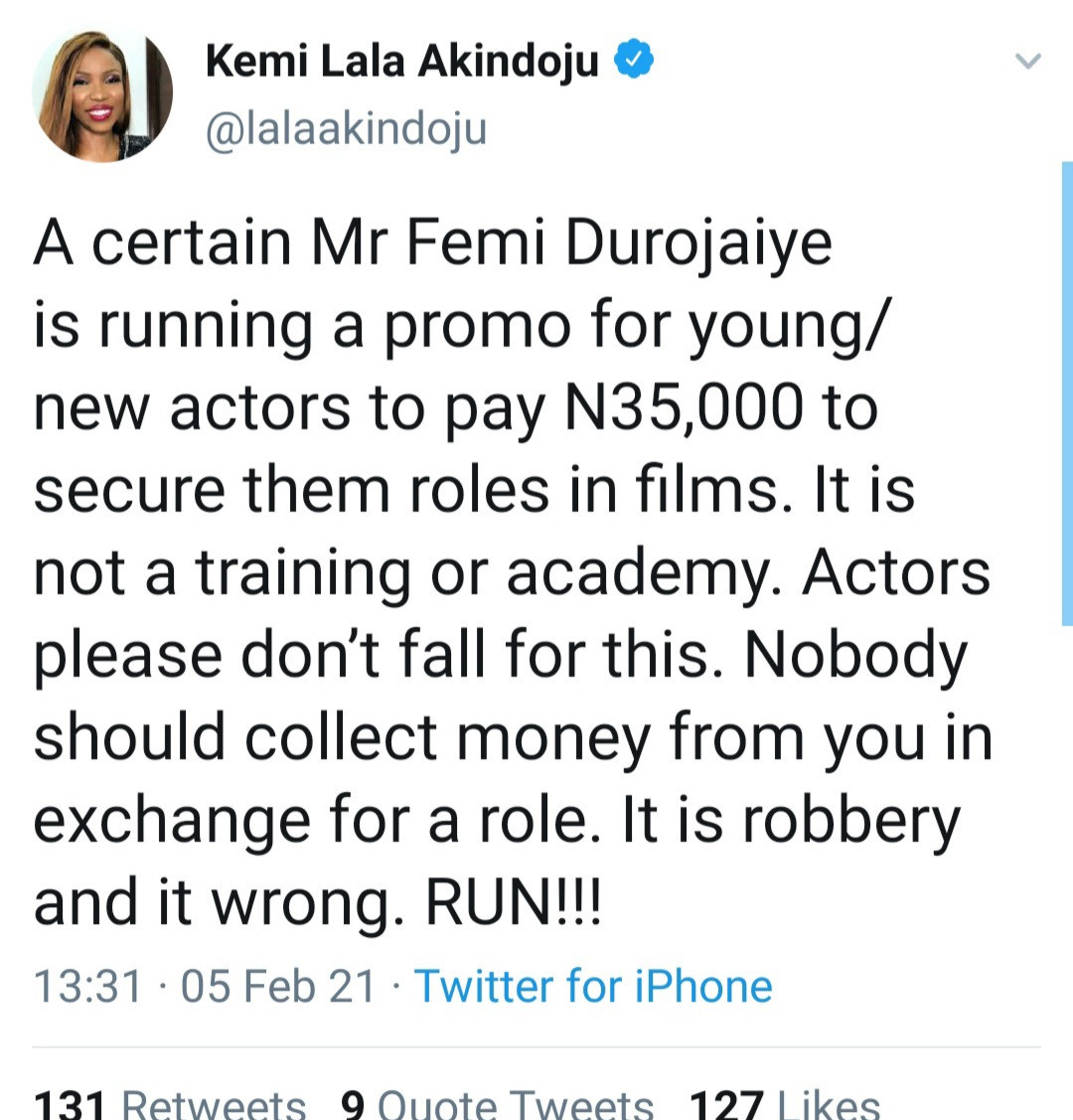 Below are more reactions. 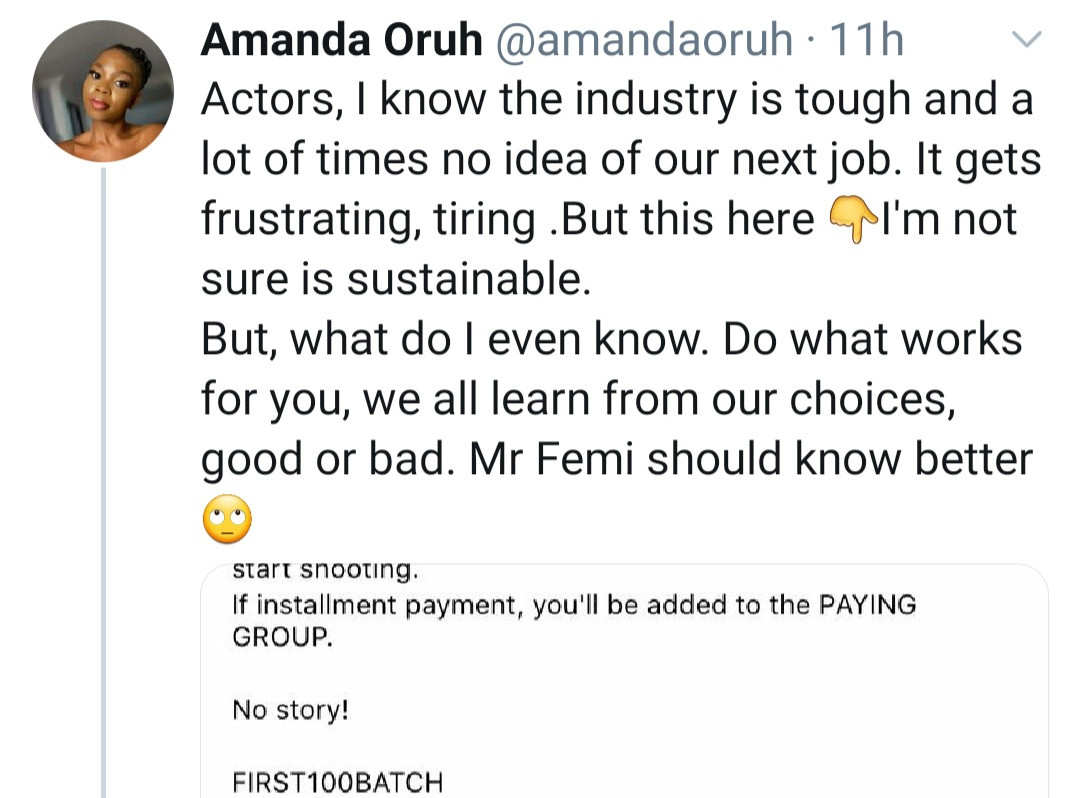 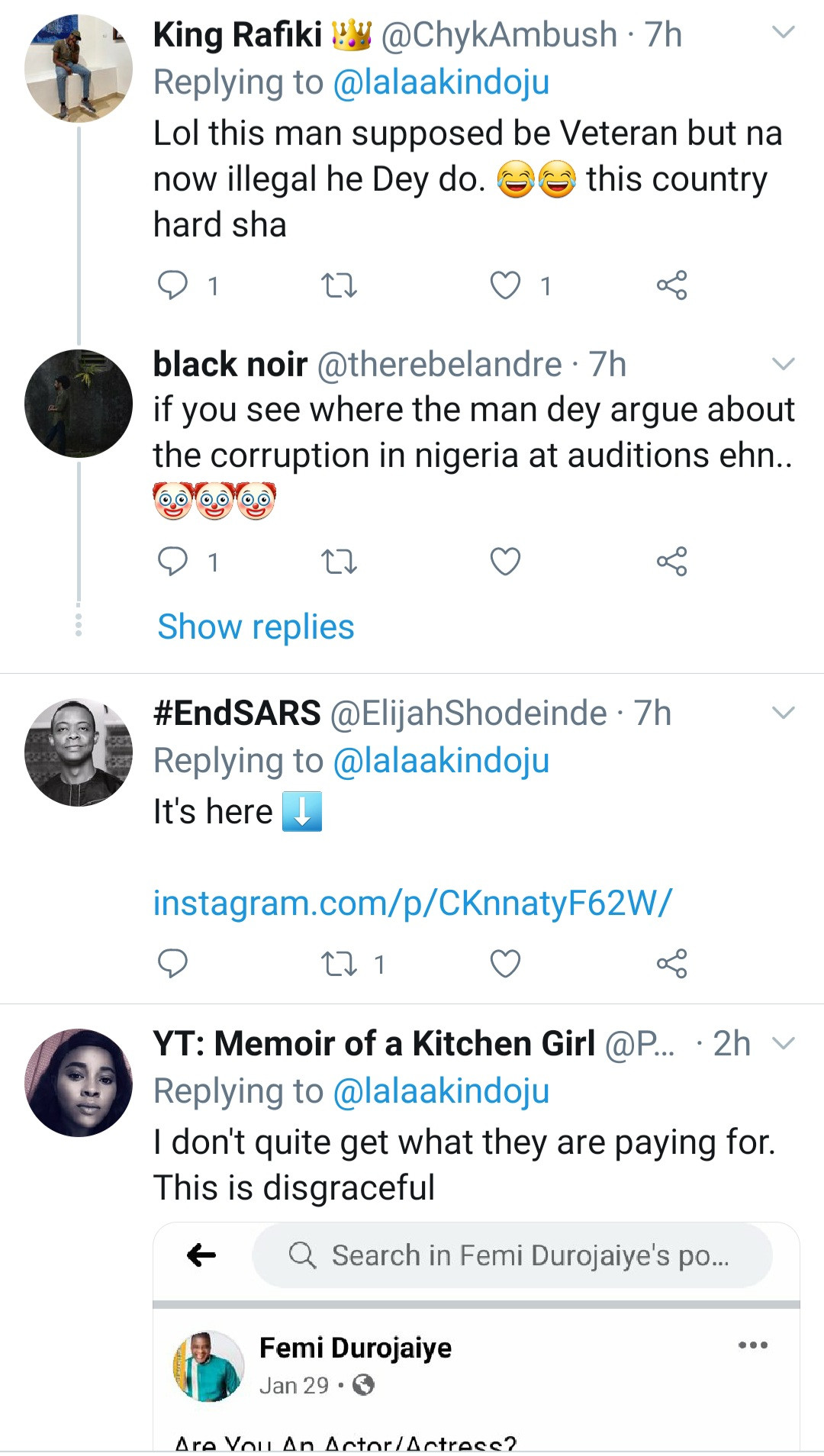 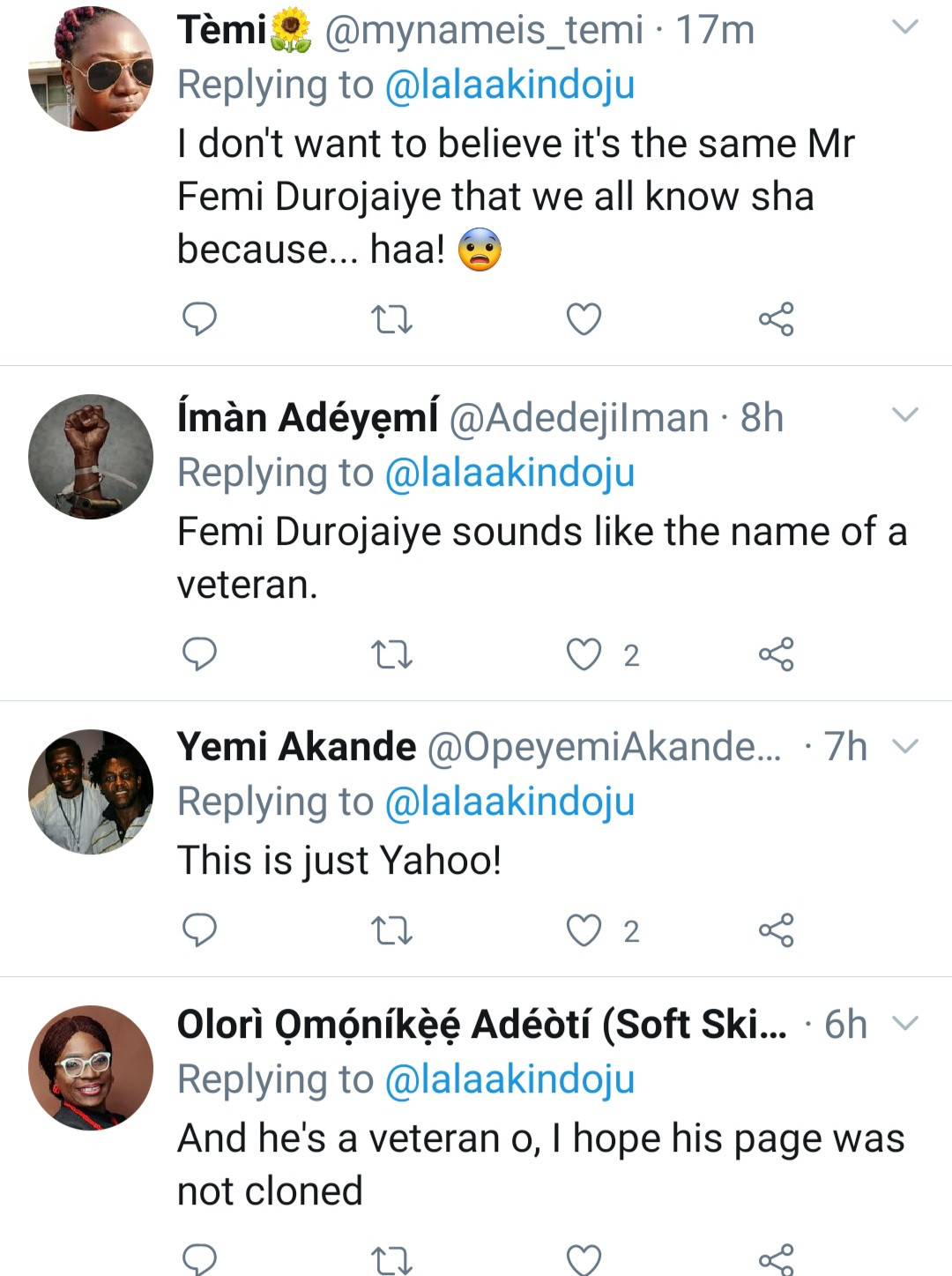