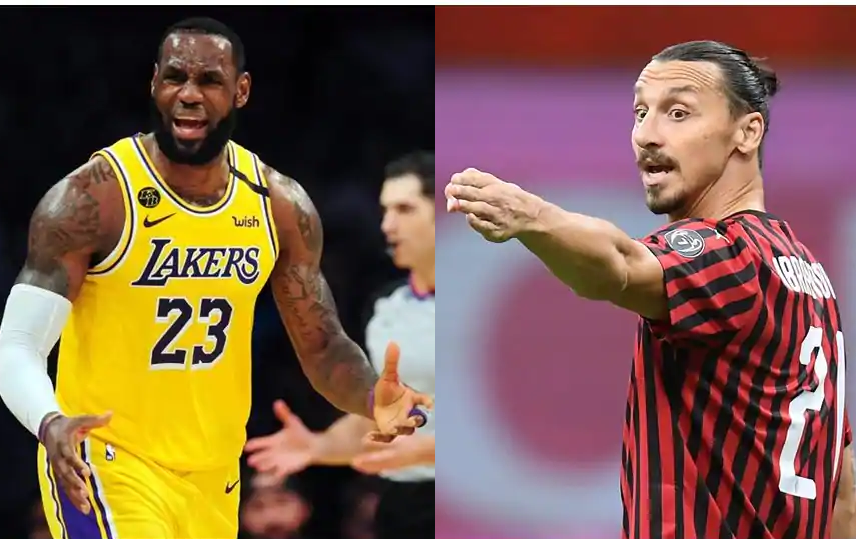 LeBron James has responded to Zlatan Ibrahimovic's criticism of his political activism by insisting that he will never stop using his platform to speak out about political issues such as racial inequality. Speaking earlier this week, AC Milan striker Ibrahimovic expressed his disappointment at LeBron James and other influential figures getting involved in politics and told them to stick to what they are good at. (read previous report here)After the Lakers’ win against the Portland Trail Blazers on Friday, February 26, James told reporters: “I will never shut up about things that are wrong. I preach about my people and I preach about equality, social justice, racism, voter suppression – things that go on in our community. “Because I was a part of my community at one point and saw the things that were going on, and I know what’s still going on because I have a group of 300-plus kids at my school that are going through the same thing and they need a voice. “I’m their voice and I use my platform to continue to shed light on everything that might be going on, not only in my community but in this country and around the world.”James also pointed to comments made by the Milan striker in 2018 when Ibrahimovic, the Swedish-born son of a Bosnian father and a Croatian mother, claimed “undercover racism” had caused the media to treat him differently from players that had names like Andersson or Svensson.At that time, Ibrahimovic told Canal Plus that “undercover racism” caused the Swedish media and public to treat him with less respect and reverence: “This exists, I am 100% sure because I am not Andersson or Svensson. If I would be that, trust me, they would defend me even if I would rob a bank.”Speaking about the comment, James said: “He’s the guy who said in Sweden, he was talking about the same things, because his last name wasn’t a [traditional Swedish] last name, he felt like there was some racism going on I speak from a very educated mind. I’m kind of the wrong guy to go at, because I do my homework.”      View this post on Instagram           A post shared by Lindaikejiblog (@lindaikejiblogofficial)The post 'I'm the wrong guy to go at' - LeBron James responds to Zlatan Ibrahimovic's criticism of his political activism(video) appeared first on Linda Ikeji Blog.