He was arrested for not wearing a face mask and paraded as a robber after his family failed to pay N200k for his bail - Friends defend fashion designer arrested for traffic robbery in Lagos, claim he's innocent 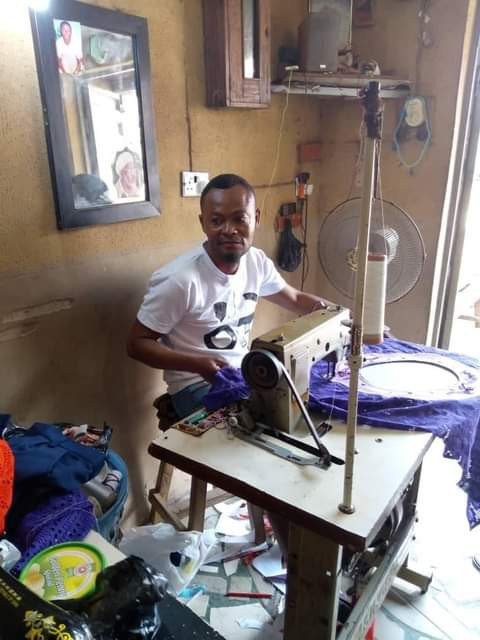 A fashion designer in Ikorodu popularly known as Sunshine, was allegedly arrested by some policemen and later paraded as a traffic robber but family and friends claim he was paraded because they failed to pay N200,000 to bail him. 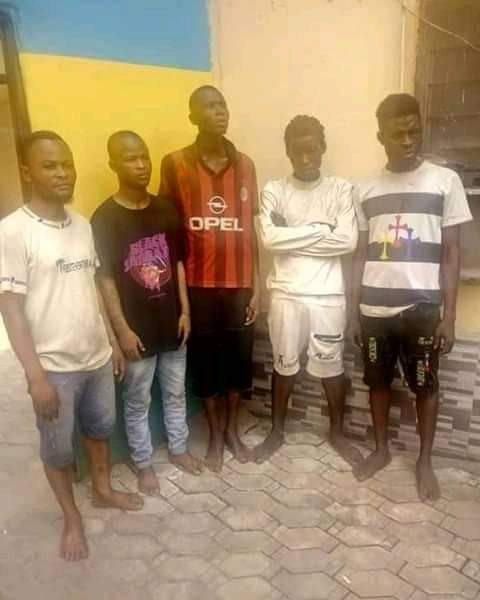 A report by Punch stated that the five suspected traffic robbers were arrested by men of the Lagos State Police Command during a raid on criminal hideout in the Ikorodu area of Lagos on Thursday, February 4. However, one of his workers at Jewel Fashion Design, Oyedeji Yetunde has debunked the report that her boss is a robber. According to her, he was arrested for not wearing face mask and when they got to to the task force office in Oshodi, the policemen asked for N200,000 for his bail but they couldn't afford the huge sum.  Taking to Facebook, she wrote;"I was surprised with this, my boss went to deliver cloth on Thursday night only to be apprended by some guys asking him about his nose mask and he said he has forgotten it, Immediately they bounce on him with different kinds of slap and heavy beating at garage,"  "This so called policemen called with his number and we all went there telling them he is a fashion designer well know around munirat aleje, and we were asked to come to task office at oshodi.," "They themselves later told us he is innocent but because he didn't use his nosemask so they asked for Two hundred thousand from us for his bail and we said we don't have such, only to see this today about what they posted about him. Is this fair?"  Other Ikorodu residents also came forward to confirm her claim. One Quddus Gbagba described the fashion designer as a man of good character. 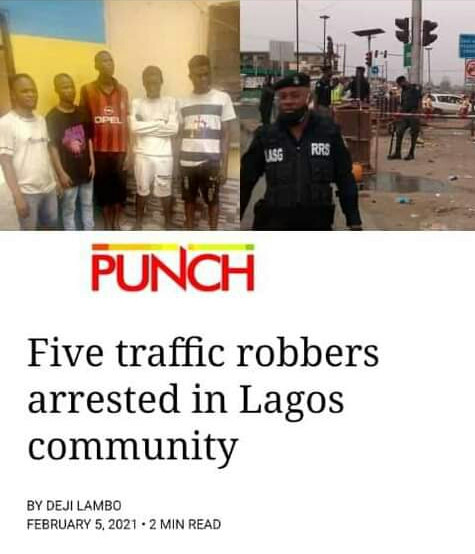 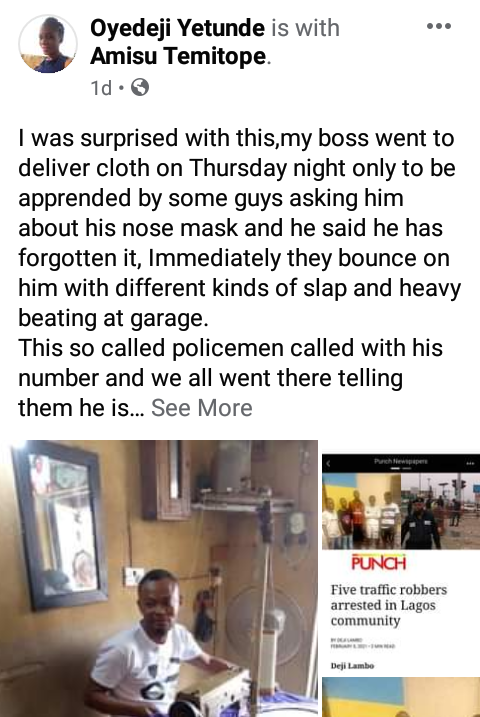 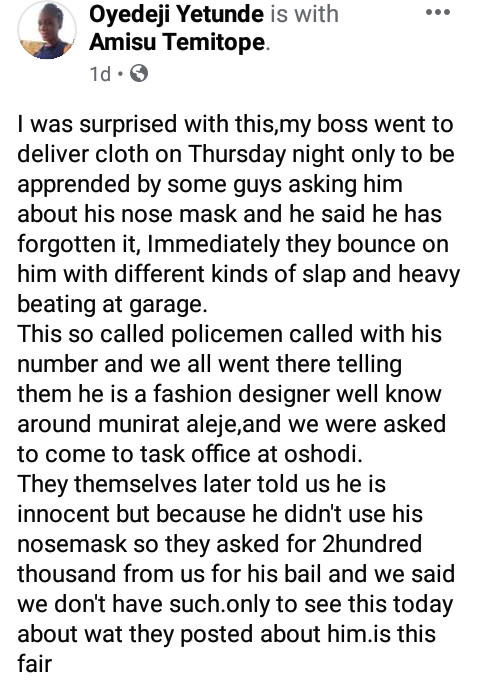 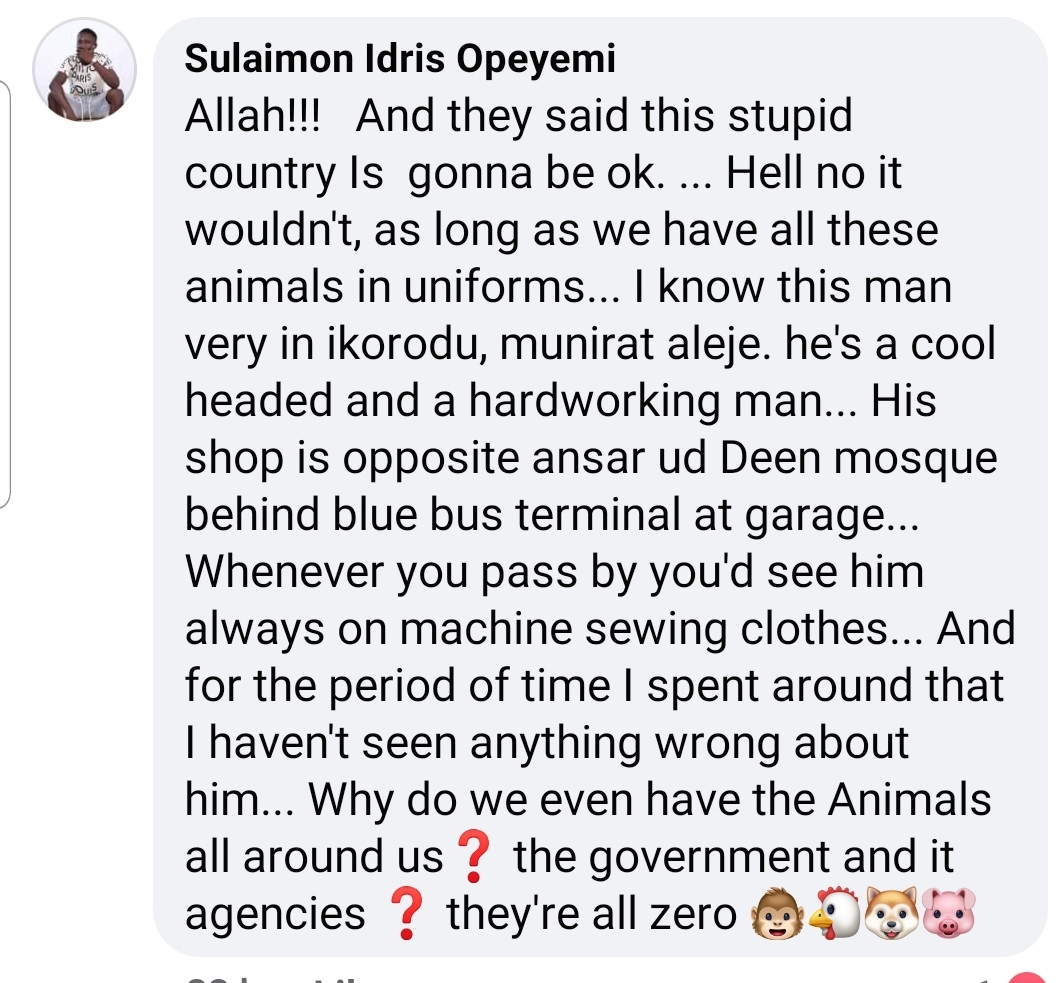 The post He was arrested for not wearing a face mask and paraded as a robber after his family failed to pay N200k for his bail - Friends defend fashion designer arrested for traffic robbery in Lagos, claim he's innocent appeared first on Linda Ikeji Blog.